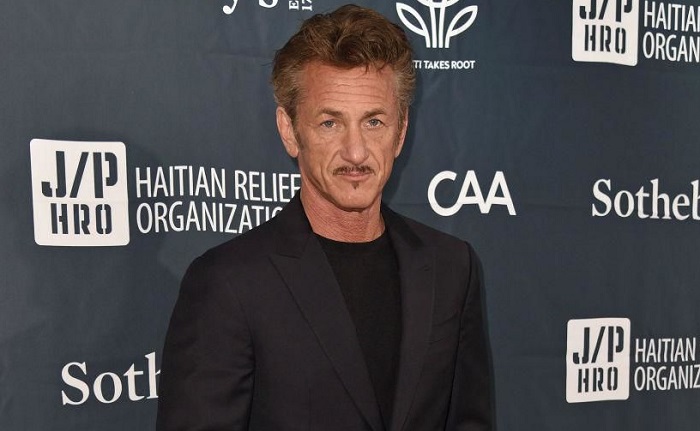 Convicted assaulter, Milk actor, and professional goblin Sean Penn is (to put it mildly) a controversial figure in Hollywood. Now the academy award-winner has, unsurprisingly, waded into the debate surrounding the #MeToo movement – and he’s precisely as wrong as you’d expect.

Penn was on the press tour for his new Hulu show The First, with actress Natascha McElhone, and McElhone made a remark that the show’s strong female characters were a by-product of the era of the #MeToo movement. Penn, naturally, disagreed.

“I’d like to think none of it was influenced by what they call the movement of #MeToo,” Penn bristled, “I think it’s influenced by the things that are developing in terms of the empowerment of women who’ve been acknowledging each other and being acknowledged by men. This is a movement that was largely shouldered by a kind of receptacle of the salacious.”

Wading through the deliberately confounding choice of lexicon, Sean Penn clearly falls into the very familiar trappings of the “what about the false accusations?!” crowd – designed to discredit an otherwise positive movement, and which he elaborated on further by saying “We don’t know what’s a fact in many of the cases. Salacious is as soon as you call something a movement that is really a series of many individual accusers, victims, accusations, some of which are unfounded. The spirit of much of what has been the #MeToo movement is to divide men and women.”

“I don’t want it to be a trend, and I’m very suspicious of a movement that gets glommed onto, in great stridency and rage, and without nuance. Even when people try to discuss it in a nuanced way, the nuance itself is attacked. I think it’s too black and white. In most things that are important, it’s really good to just slow down.”

Yikes, okay, there’s a lot to unpack there.

First of all, yes, it’s an undeniable fact that #MeToo is obviously a series of individual accusers making separate allegations. But to deny that those allegations are coming to light because the aforementioned victims have been emboldened by their peers’ own experiences coming forward (and furthermore that the fear of career repercussions that kept so many in line has been nullified) is wilfully ignorant.

It’s a common argument, one designed not so much to attack the #MeToo movement, but to merely discredit it, to lessen its impact. The idea of reducing progress to “a trend”, something fleeting, popular for the sake of popular, inspiring imitators, vapid and hollow. Sean also falls into the same trap many of the movement’s detractors do, the concept of  ‘wanting a discussion’. Penn says he wants a discussion about #MeToo, wants to “discuss it in a nuanced way”, and that playing of the devil’s advocate is evidently something Penn feels he is entitled to. He feels he is entitled to a discussion, to mull over a movement that does not involve him (that we know of, yet, though his ramblings do come off a tad fearful), because of his own self-importance. He takes a movement designed to separate abusers and rapists from an industry where they once thrived unfettered, and attempts to reframe the narrative as one of women vs. men. It is as arrogant as it is ignorant.

Penn can be seen on the big screen later in the year, opposite noted anti-Semite Mel Gibson, in The Professor and the Madman.