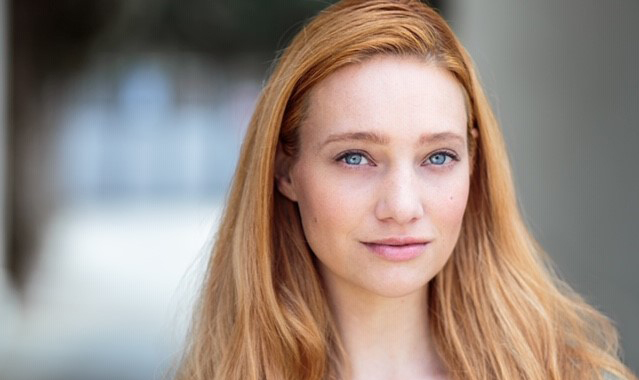 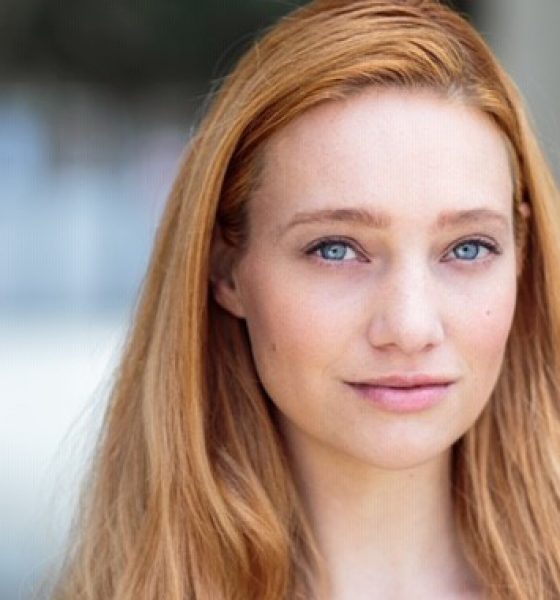 Up Close with Autumn Kendrick

Movie Marker got up close with leading Canadian actress, Autumn Kendrick to chat about life before Los Angeles and her hilarious new TV show, ‘Scuba Love’.

Can you tell us about your early beginnings growing up in Canada, and how you transitioned to life in Los Angeles?

My first trips away from home to perform started around the age of 11 and took me to Montreal, Winnipeg, Louisville and New York City. I put some roots down in Indianapolis, while at Butler University studying not only ballet and Arts Administration but also getting my degree in Sociology Social Work. After school I was able to continue dancing professionally with a small contemporary dance company in Indiana. Eventually the wear and tear on my body caught up with me and that brought me to a career in modelling. Modelling was supposed to be a short escape but turned into a full and wonderfully successful career. It was modelling that definitely gave me the travel bug – getting to work in countries around the world: Milan, London, Paris, Hong Kong, Tokyo, Sydney, New York and eventually Los Angeles.

My transition to loving Los Angeles took a bit, but once I got into acting, I felt like I found a home. I originally came to escape New York City winter for a couple months and stayed a couple years. Canada is my home, but I do not think I could survive another true Canadian winter. Los Angeles is my home, and where I have my career as an actress.

You have had an exceptional dance and theatre career in Canada so far, what inspired you to take the acting journey?

Dance to acting seemed like a natural step. I never had the greatest technique or was the most flexible, but my success came from my ability to perform and bring a character to life. I remember being young and auditioning for the Royal Winnipeg Ballet School and them liking me not because I had the perfect body or technique but because I has a unique passion and quality I brought to my performance. When I would win competitions, it was not because I did more turns or bigger leaps, but because I would move the audience and just live the story.

With my last dance company, I would be cast in leading roles because I could bring them to life. When I started modelling, I always missed the make-believe time so, even for small shoots I would make up this crazy backstory for who I was and what this character was thinking – meanwhile it would be a simple white backdrop beauty shoot. But that depth is what I think made me stand out from other models and helped me make an easy transition into TV commercials. I just love everything about being on set and working in film, from the moment the director called “action”. I was hooked. It was the first time since leaving the dance world that I felt fulfilled and happy. I was born to act.

You recently worked with Wes Craven for a lead role in the crime-thriller film ‘The Girl in the Photographs’. Can you tell us about the film, and what it was like to work on such a big film?

It was a lot of fun. I mean getting to work with such an amazing cast and crew was an honour. Plus, everyone was so sweet and supportive the entire shoot. I remember Kal Penn coming up to me after my first take and giving me the sweetest compliment ever. He was also great at sharing his own stories to help me out and feel more comfortable on set. We were a really close crew and it felt like I was gaining a second family during this shoot, and we are still all super supportive of each other and close.

Wes Craven is a legend, and the most giving person to work with. Having him cast me when he has started the careers of so many big stars of today, well breathless. Wes came to the first table read and at the end of the reading he talked about how special this project was, how excited he was for it and how he felt like us as a cast were going to be spectacular.

Filming near my childhood home was also a great plus. I had the chance to visit family and keep my feet on the ground. However, every day on set I just kept being in shock and pinching myself to be working with people that I idolize and admire. It was an incredible film to work on, and to play one of the leads was beyond amazing.

As an actress-producer, we understand you have just released a hilarious new series. Can you tell us about ‘Scuba Love’ and how it came about?

‘Scuba Love’ came from spending time in so many dive shops and thinking either someone needs to make a reality show on a dive shop or make it into a scripted comedy. Finally, I grabbed some courage and friends who were cinematographers and directors that also loved the dive world – sat down and said let’s make this. Now instead of seeing a hilarious interaction and thinking that should be in a skit, I jot it down for a future scene in Scuba Love.

It’s a comedy that follows a young female instructor who losses her job and her boyfriend in one fell swoop and decides to jump into the pool (jump all in) and make her life all about scuba and begins working at her local dive shop. We follow my character, Aly, as she helps bring a large scuba shop up to date, while also facing a male dominated world. As we follow her life we also get introduced to the wonderful joy of underwater. The exciting feature of this web-series (beside being on the only script series about scuba diving) is with each episode there is an educational clip on a topic related to diving, be it how to clean your gear, or steps to help protect our oceans, or even interviews with crew on why they love scuba diving – yes everyone involved is a diver. 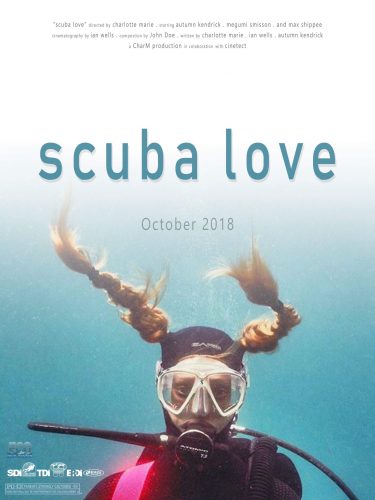 Can you tell us about your character, Ali, in ‘Scuba Love.’ What is she like, and did you have to carry out much research before filming?

Aly is such a fun, strong women who doesn’t let any obstacles stop her. She doesn’t allow unfortunate events to dissuade her but instead powers ahead to fully embrace the world of scuba. She also does not let men underestimate her, just like in a lot of sports where women are often over-looked as a source of information, Aly doesn’t back down from showing her wealth of knowledge and empowerment in this environment.

As for research, I am one of very few female Instructor Trainers. Not only do I teach people how to scuba dive, but I also teach potential instructors how to teach scuba diving. Being at an elite and unique level in the scuba diving world is something I never imagined I would excel in when growing up, but it certainly is a passion that I discovered during a trip to the Belize. So yes, I had just a little bit of training before filming and I loved every moment of it.

I adore old musicals, if only I could sing! Actually, science fiction and fantasy films are what I gravitate to, and what I hope to work on soon. One of my favourite shows growing up ‘Star Trek’, with Patrick Stewart in the role of Captain Picard.

This year I have been doing some major binge watching of fast pace dramas such as ‘West Wing’ – I mean how great is that show. I basically can get behind anything that isn’t too scary and not too much gore…I am sadly squeamish (yes, I know that is ironic since I was in a death scene that Wes Craven was quoted saying that was very gory).

We have many more episodes laid out for ‘Scuba Love’, of which I star, as well as some fun commercials and films I can’t talk about just yet.

Behind Closed Doors with Rachel Wheeler