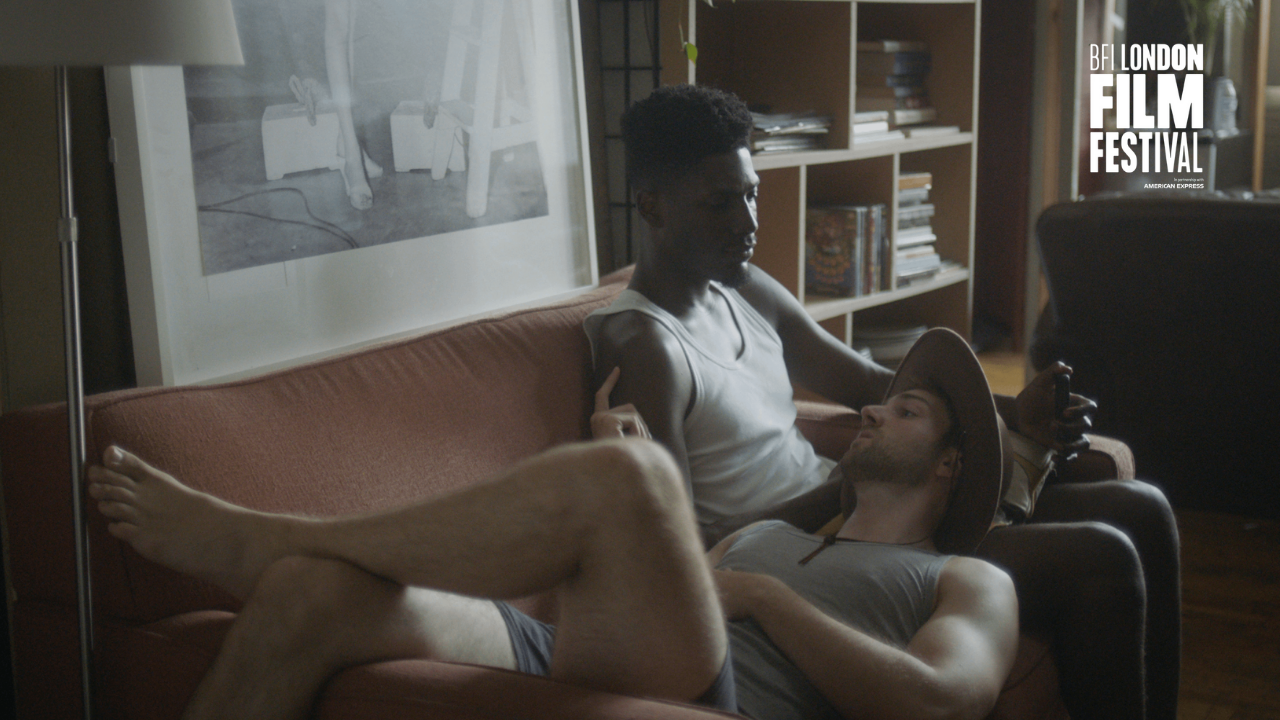 After the immediate relief of finally plucking up the courage to come out, perhaps yourself and those dearest to you embrace the assumption that the difficult part is over. The heavy emotional burden you’ve carried on your shoulders for many months or years is lifted. A misconception that often rears its ugly head, especially when the pesky memories of a painful past bulge inside the confines of your mind. In the LGBTQIA+ community and as a cisgender white gay man myself. I continuously find that whilst men around my age tend to be wonderfully intimate and open in a sexual sense. When it comes to being frank about their worries and stresses, the sheer reluctance and swiftness to suppress what’s clearly tearing them apart is startling.

Drawn from a collective wealth of intensely personal experiences from its two lush leading men Matthew Fifer and Sheldon D Brown, as they bask in the summer heat of New York City. The potent psychology that elevates this stiflingly intimate interracial romance whose eagerness to understand the nuances and triggers of trauma, that would enable the healing of these characters to truly begin, makes Cicada a refreshing and superior addition to the queer cinema canon.

Hitting the rewind button to 2013, Ben (Fifer) is stuck in an unhealthy routine. Quite the hypochondriac, epitomised by his incessant need to get checked out by medics when the slightest bit of physical discomfort arises. The film’s crisp snappy editing within the opening frames condensing down a hollow string of sexual episodes with women and men, combined with the lingering looks from strapping middle-aged guys when he’s painting their houses, with a clear desire to dip their ‘paintbrush’ elsewhere. A chance encounter with Sam (Brown) at a bookstall, who he instantly strikes up a rapport with may just finally break that cycle. However, as the romance blossoms and the inquisition about each other’s lives become intense, you fear they’ll barely get past the first chapter of their own story as their respective insecurities are triggered.

The playfulness of young love with sparklers and fireworks serving as visual metaphors. The spark between them threatening to fizzle out at any moment, with the fuse lit on the emotional turmoil they’ve previously had to navigate, ready to explode into life at any second. A low angle shot as they stroll around a water fountain, creating a distorted view and mirroring of the mental state of these two men, who are doing their utmost to keep their heads above water. What would seem traditionally pleasing on the eye in a bog-standard heteronormative rom-com, director/star Matt Fifer injects these beautifully lit and observed sequences with a shot of poignancy that is understated and authentic.

It is also a highly commendable work in how it seamlessly weaves real-life tragedy into its narrative framework, without feeling exploitative. News reports referencing the infamous Jerry Sandusky sexual abuse trial blaring in the background, a painful precursor of what Ben has tried to bury in the back of his mind. An ear-piercing revving up of a car going past them resembling a gun going off, a heart-breaking reminder for PTSD sufferer Sam growing up in Brooklyn as a closeted black man, demonstrating the rotten racial disparities that remain.

The chemistry between Fifer and Brown is so crucial to articulating the intimate detail of these characters, with both nothing short of swoon-worthy. Their lengthy verbal interplay crackles in its sensual energy, who are utterly convincing in conveying the turmoil that plagues them. Fifer’s extreme close-ups of their bodies as they lovingly entangle only fuelling further its frank, intimate nature. If there is a minor complaint whilst appreciating its inclusion through a queer lens, it’s the handling of its portrayal of therapy. Sequences dictated by an otherwise game Cobie Smulders as an unorthodox therapist, sadly don’t quite tonally gel with the rest of the film, veering dangerously close to being a rather superficial take.

A thematically rich and illuminating work that isn’t afraid to wrap itself in darkness on occasion. Cicada is a gorgeous NYC romance you should be taking a bite out of.

Related Topics:CicadaLFF 2020ReviewReviews
Up Next