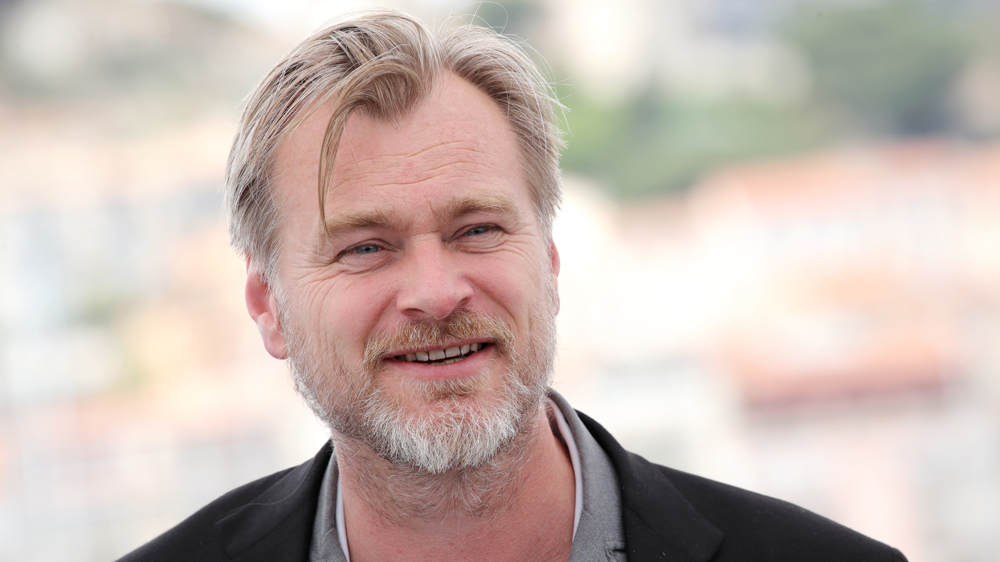 Shouting, pushing, shoving – yep, it was the Christopher Nolan talk at Cannes!

Rendezvous avec Christopher Nolan to give it its proper title. The fan boy director of choice inspired an absolute frenzy as journalists and filmmakers from around the world (not all of them familiar with the concept of queuing) clamoured to get into the theatre to hear the great man speak. We had been waiting two hours for the privilege so tempers were bound to be frayed as the horrible realization dawned on some that they were not going to get in.

Fortunately I was lucky enough to get a place. And discovered I have something over Christopher Nolan – I’ve been to the Cannes film festival over a dozen times and he only made his first visit here at the weekend. And there the bragging rights end abruptly!

The front row was reserved for other luminaries like Denis Villeneuve and relatives of Stanley Kubrick. Nolan was here to talk about the restored version of 2001, A Space Odyssey, Kubrick’s masterpiece. The banner next to the stage noted : 50 years ago one movie changed all movies forever.

Nolan told us that he first saw 2001 when he was 7 when his father took him to see the film in the aftermath of the huge success of Star Wars. ‘I was transported to another world in a way I did not think was possible. Now I want to give new generations a chance to sit in awe of a masterpiece in the same way.’

He noted that 2001 taught him that films can do anything. ‘Kubrick took the rule book and threw it out of the window.’ He made a point of saying that this was not a restored version in the sense that it had been cleaned up but in a way that changed the film in any way. As far as possible the aim was to reproduce the photo chemical process and sound as it had been originally intended.

He also spoke about his own films, focusing on Dunkirk mainly, simply because it was his most recent work. On that film, he said he used techniques he learnt from older filmmakers who had worked on films from years ago. So he used real boats and planes because ‘it creates an immersive world for the actors. They don’t need to pretend to be in a boat or plane and so can focus on digging deeper into the meaning of the story and film itself.’

Nolan did not go to film school, wryly noting that he didn’t get in! Instead he took Kubrick’s advice ‘the best way to learn how to make a film is by making a film.’

Before that he also took his father’s advice to ‘get a proper degree’ and read English at UCL. The degree informed his filmmaking because it allowed him to be at ease with the idea of layers of resonance in a story which the audience can pick up on.

As a newcomer to filmmaking he said he learnt every aspect of the process, including, for example, about sound. ‘It means I know enough about each aspect of filmmaking to be a pain in the arse about it with the experts! On the plus side it shows them you value their contribution to the film.’

He likes working with people he knows well. His wife is his producer and he often writes with his brother. ‘Family and old friends have no agenda except to make the best film, so there’s a big trust element.’

Talking about the Batman trilogy he said he was drawn to the story which struck him as a noirish thriller rather than a superhero one. The themes of guilt and fear interested him. ‘Bruce Wayne has no superpowers, only great wealth. And he does a lot of pushups! But he’s not superhuman. So, people can relate to him in many ways, especially emotionally. His is an operatic story but based on a real, primal figure.’

He believes that the 3 films were defined in terms of their genre by the villains. The Dark Knight was a crime drama in the vein of Michael Mann’s Heat while the Dark Knight Rises was an historical epic with Bane as the militaristic villain.

He admitted that he had ‘pillaged mercilessly’ from James Bond for the Dark Knight although Inception is his Bond move because he used the mechanics of a heist film to draw the audience into what he hoped was a more interesting but less accessible story.