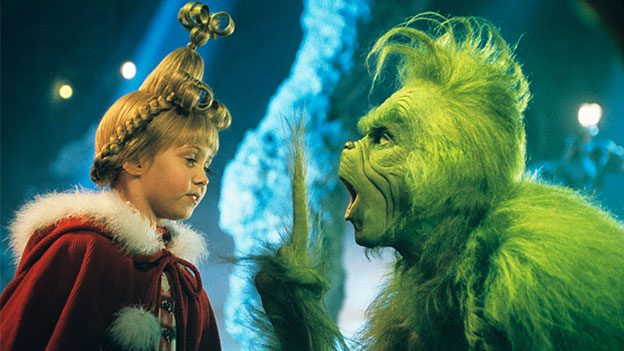 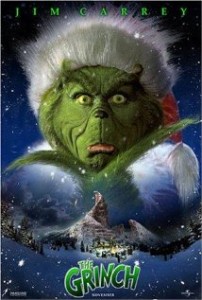 Dr Seuss’ tales have been the subject of a number of movie adaptations in the past few years, most recently his ecological tale, The Lorax. However in 2000, Ron Howard took the task of bringing the tale of the Christmas-hating Grinch to the big screen.

Like the book, the appeal of Dr Seuss creations are the imaginative and unusual characters and environments he dreams up. The first thing that strikes the audience about this film is the use of prosthetics recreating the appearance of the Who’s and capturing The Grinch fantastically while still allowing for Carrey’s persona to shine through the green hair.

The cast, consisting of relative unknowns other than Carrey and Momsen (now of Gossip Girl fame) are acceptable but pale into insignificance alongside Carrey’s performance as the Grinch. Taking the character and making it his own, Carrey’s unique personality brings the Grinch to life with his comedic talents.

Guided by Anthony Hopkins subtle narration, the plotline is light and the main villain of the piece switches between the Grinch and the Mayor of Whoville, causing the final result to be a mismatch of comedy and compassion but with no real narrative. However, it’s a children’s book and Carrey makes the film accessible to people of all ages settling down to watch a Christmas film with the family.

While Howard has done his best to create a memorable Christmas movie, It’s not a film that is particularly great and without the presence of Carrey it’s hard to think of reasons why this film would do well. While the make-up and visual effect of the overall film feel like the viewer is in a Dr Seuss book, the film should be renamed ‘How Jim Carrey Stole The Show’

Rise Of The Guardians