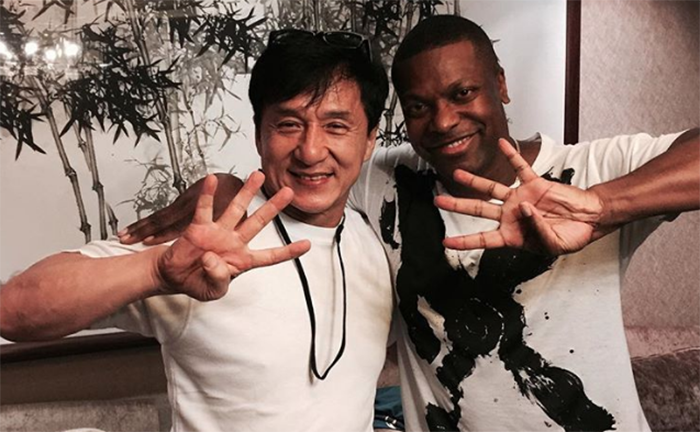 Comedian Chris Tucker and martial arts legend Jackie Chan are set to return to their roles as Detectives Carter and Lee in a Rush Hour 4, the actors have teased.

In a social media post from Tucker, wishing Chan a happy birthday, the two can be seen embracing one another, smiling, and raising ‘4’ fingers towards the camera.

The Rush Hour franchise has grossed over $851 million collectively. It will, however, naturally be searching for a new director. The original trilogy was helmed by disgraced director Brett Ratner.

Rush Hour 4 is currently lacking an official release date, and is reportedly in the second draft stage of scripting.