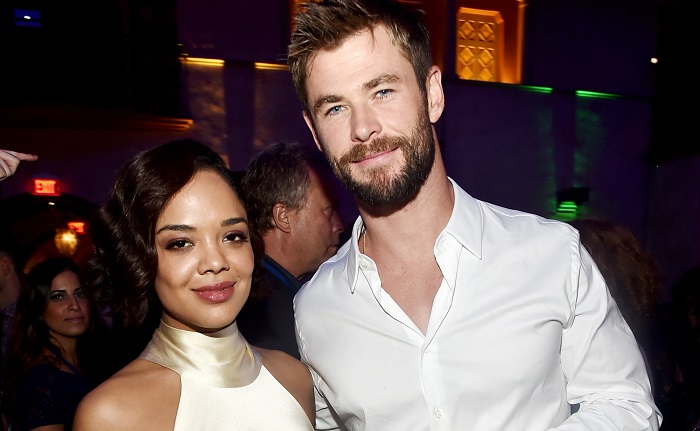 When the original Men in Black hit way back in 1997, it was like an adrenal shot to the blockbuster scene, deftly balancing humour, science-fiction, and action set-pieces. However, neither of the film’s two sequels managed to manage to capture audience’s hearts in quite the same manner, so now Sony Pictures has endeavoured to reboot the franchise with a brand new cast.

Chief amongst that cast are Thor: Ragnarok co-stars Tessa Thompson and Chris Hemsworth. Yesterday, Hemsworth himself even posted a picture of the two on set to his social media. Check it out below.

The Untitled Men in Black will be directed by F. Gary Gray (Fast and Furious 8), and will also star Rebecca Ferguson, Emma Thompson, and Kumail Nanjiani. It is eyeing a 14th of June, 2019 release date.