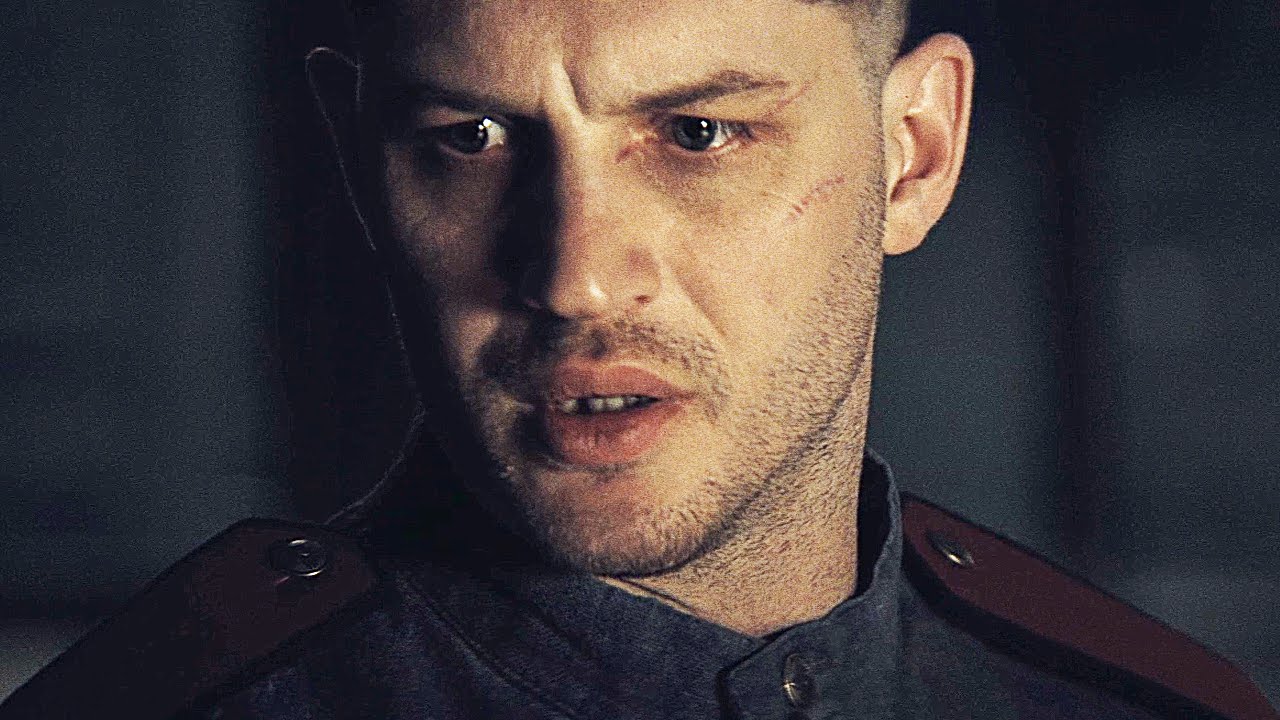 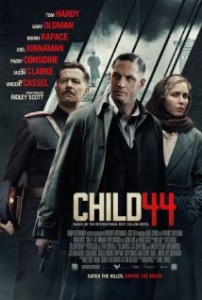 “Set during Stalin’s Soviet Union rule, disgraced MGB Agent Leo Demidov (Tom Hardy) is tasked with investigating a strange and brutal series of child murders.” This is what IMDB and Wiki say about Child 44. Here’s what I have to say about Child 44. Leo(Hardy) is a MGB Agent, a kind of hero who everyone looks up to. He’s highly respected by his comrades(mostly) and adored by his wife Raise(not really). The story to Child 44 is not a simple one. There are at least five separate story threads going on at once. There is the relationship problems between Leo and Raise(Noomi Rapace), there is the issues Leo is having with traitors within Soviet Russia and there is also a serial killer on the loose who is murdering Russia’s children.

There are so many more plot threads to go through but I’ll save you the trouble. These three I have mentioned are the main ones. Child 44 starts strong, Hardy gives a strong performance, though he does lose the Russian accent every now and then. Noomi’s Raise is also a nuanced and well crafted character, sadly the world they inhabit is incredibly convoluted and boring. We are given a thorough history lesson, the opening caption explains that within Stalin’s  Russia murder did not exist, because it was a capitalist problem and the USSR was above that.  This is where the  main cusp of the story is centred, for the most part.  Now when Wiki and IMDB say Leo is tasked with finding this murderer, they could not be more wrong. He does this against the wishes of the government because, “There is no murder in paradise”. Now this was interesting to learn about, the first time I heard it. After the fifth time I was told in the first forty five minutes I got bored, really  bored.

There is nothing compelling in Child 44, moments are dragged out and there is no focus given to one particular story. With three plus story lines going on at once you can’t focus and care for one. Now I will say there is this subplot with two children and Leo that is genuinely interesting and tear jerking, but again it’s not given enough screen time. When we finally reach the “villain”(the dude killing children) we don’t care. It’s two hours in before Leo actually gets close to him and when he does finally get close to him another story thread shows up to be resolved, it feels like it is basically screaming, “Don’t forget about me, don’t forget about me!”. Now, is there anything that saves Child 44? A strong opening, setting the stage for a period drama better suited to a five part BBC special. Hardy and Rapace are great, they each have scenes which bring you to tears, sadly it doesn’t matter because the story and the world are just so drab. Now you might think I mean the colour palette is drab and it is, but it’s authentic. The USSR has never looked more convincing than here. This proves that the cinematography and directing is technically very good. With all that said, Child 44’s problems outweigh its merits.

There it is. Child 44 is proof of one thing, a great cast doesn’t mean a great movie. Unless you are a history buff looking for a movie to delve deep into, avoid Child 44.