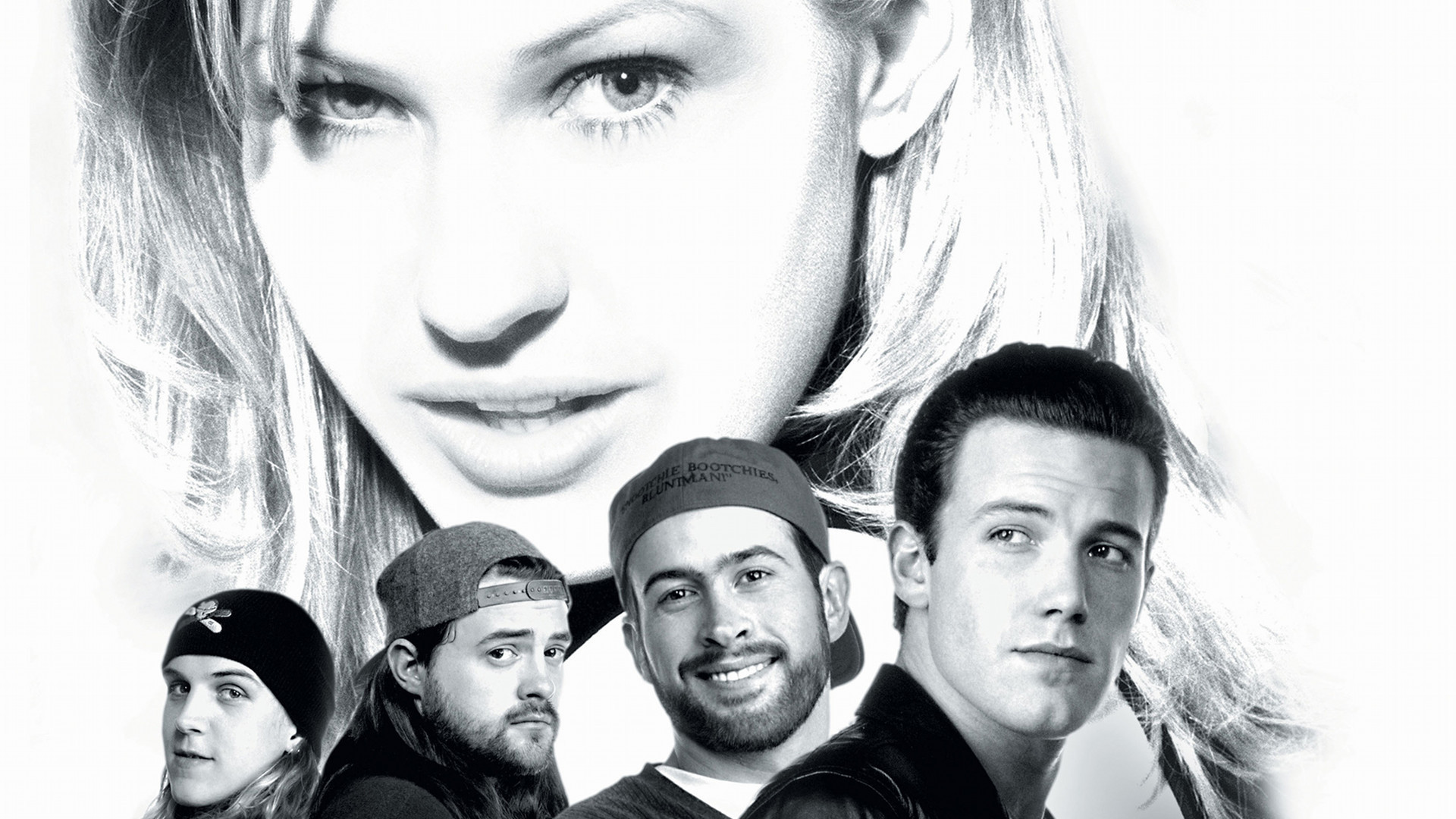 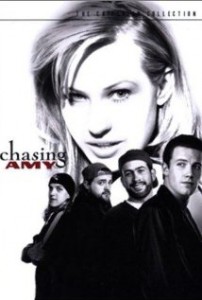 am a big fan of Kevin Smith but not necessarily his films. While i enjoy hearing his opinion and analysis of films like Superman Returns, I didn’t love Clerks and Cop Out was hard to watch. That said I don’t blame him for Cop Out and I personally thought Red State was a great flick. So after hearing about Chasing Amy multiple times I finally decided to check it out to see if Kevin Smith could win me over.

Chasing Amy follows Holden (Ben Affleck) and Banky (Jason Lee), two best friends who write and draw their own independent comic book, who one day run into Alyssa Jones (Joey Lauren Adams). After a great night and game of darts, Holden quickly becomes interested in Alyssa and wants to have a shot at her. Unfortunately for Holden he learns that Alyssa is a lesbian who isn’t interested in men at all. While Banky tries to convince him to give up, Holden stays persistent and eventually falls in love with her and ends up winning over Alyssa. The rest of the film explores the dynamic relationship between Holden and Alyssa, the changes and challenges they face, their own personal issues, and how their relationship impacts the friendship between Banky and Holden. The films battles the themes of trust, friendship, love, forgiveness, and our own personal demons.

While Kevin Smith has shown that he has a great mind for dialogue, he shows off his excellent writing by creating his best characters and arcs that we have ever seen from him. These characters feel like real people dealing with real issues that will stand as some of my personal favorites. We have all seen characters dealing with real life problems but characters like Alyssa especially jump right the page and bring so much life into the film it is infectious. Kevin Smith also shines behind the camera by pulling off some fantastic long shots and close ups that bring these characters right in our faces and pulls us into their world. Everything cinematic in here is solid with some great lighting in certain spots but also knowing that this is a character piece making sure not to overtake the film with visuals.

If anyone deserves all the praise for this film it is without a doubt Joey Lauren Adams who breathes life into Alyssa unlike anyone else could. This is one of the few times I forgot I was watching an actress but felt that I was watching a human. She is already in my top 5 for all time favorite characters because she isn’t played as a stereotypical homosexual and stands up for herself against the man she loves. She fights what she believes and just dominates all the screen time. At the end of the film I was dying to follow her more as I wanted to know more about her and know what happened to her. I would also give applause for Dwight Ewell for a great performance as Hooper X who gave great comedic relief moments throughout. With Affleck and Lee I have nothing to complain about their performances as we get the expected out of them but nothing is fantastic from their ends. The only complaint I would have is with Affleck’s character Holden who makes some really dumb decisions and just pissed me off furiously in the second half of this film. Sadly there are lots of men like Holden so the problem is that with the writing here but with the fact that guys like that exist.

The greatest quality of the film is its honesty. Its raw look at relationships, what makes us tick, the secrets we keep, and how we let the past dominate out present. Without spoiling anything, these characters have lots of issues they constantly ignore or try to get past but unfortunately are unable to overcome them. I would highly recommend this film and currently am debating if it is my favorite Kevin Smith movie. At the lest its in my top two as I can’t remember enjoying a character as much as I enjoyed Alyssa. I was overjoyed to see how Kevin Smith handled his homosexual characters and showing a side of life many people try to reject. My applause to Smith and Joey Lauren Adams for colliding to create a strong, people driven film that we rarely see today.