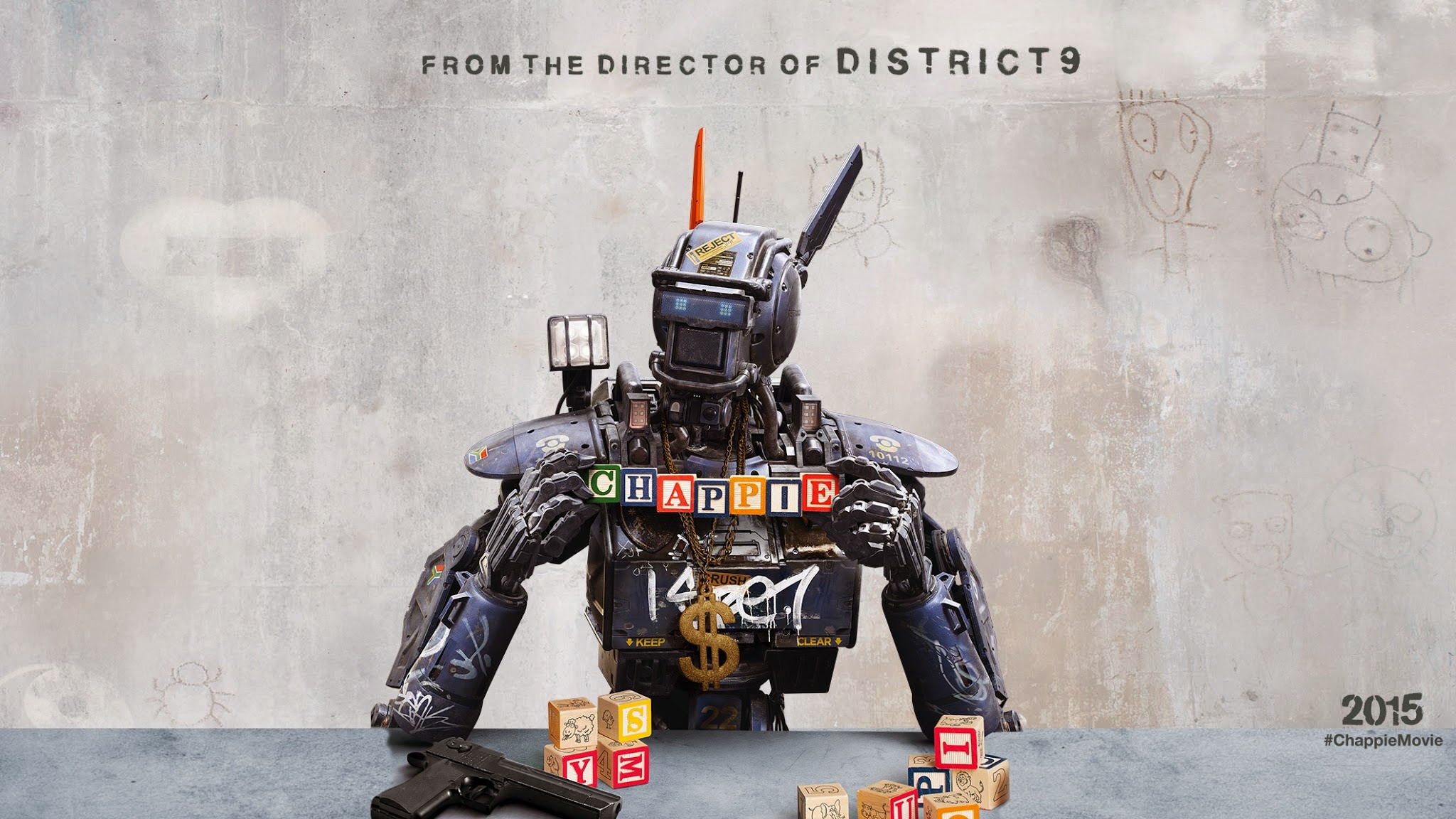 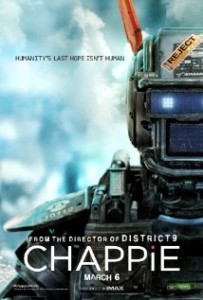 To say Neill Blomkamp’s third film is at least an improvement over his last, Elysium, is the faintest of praise and possibly the only consolation I can think of. That’s like saying a small tumour is at least better than a large one. That may be but both are clearly unwanted, and Blomkamp’s rise in stature as a ‘high profile’ film maker is part of the epidemic in underwhelming big-budget movies we’re getting force fed year after year.

CHAPPiE is an idea with all the range of thought and expansion you could write on the back of a postage stamp. Only those who have never seen a film or read a book on artificial intelligence or even science fiction in its most general form could find some semblance of a vaguely interesting concept or commentary in the hands of Blomkamp’s bafflingly inept screenplay. The problem is the film maker either steals from, or in some instances shamelessly copies, movies which have explored CHAPPiE’s themes with far greater success.

The Terminator, A.I, Blade Runner, Short Circuit, I, Robot, have all shown us ideas and concepts around consciousness of robots which far outweigh anything CHAPPiE touches on; and it’s one thing to pay homage to a film you love – but in the case of Robocop Blomkamp has essentially copied the ED-209 design and the military weapons/corporate greed storyline which Paul Verhoeven handled with a satirical touch which is still talked about to this day. CHAPPiE won’t be remembered this time next week.

With this, Eyslium, and the second half of District 9 Blomkamp is showing he’s the worst kind of film maker to be given free rein to write and direct with a substantial budget. Yes, he clearly has a firm mastery of CGI and there is no denying that the robot ‘characters’ in this movie look photo-real; but his writing, character development and understanding of the language of film show no evidence of being able to reach the minimum levels of competency to make that CGI wankery worth the time it takes to create. In his mind the idea at its surface level is enough to warrant mindless action sequences and decision making which makes no sense; immigration, class system, A.I, police distrust, it matters not as long as there’s the start of a social commentary, Blomkamp is OK to leave it at that and get on with sub-par action thrills.

The characters and writing in his latest offering are the worst to date. I liked the idea of making a full-on satire about three scumbags who find and ‘raise’ a robot but teach it to be a complete reprobate because that’s all they know, and in the end they change because it does. Now there’s a good concept if I may say so myself. Alas, Blomkamp asks us to cheer for the lesser of two kinds of scum because there is inexplicably a worse bad guy involved to make the other criminals look… not so bad. Why do we ever care about these people when all they do is make us hate them even more with every word uttered? Perhaps there’s a message on parenting and nature vs nurture, but everything in his films is so blunt and without any subtlety in both writing and visuals, there is never anything to take away from what he shows. Each scene is there to make way for a development in the one which follows minutes later, he allows no time whatsoever for moments to occur naturally, but why? There is no need to make this into an action film and to move at 100 MPH from the first minute, most of the characters and sub-plots could have been cut and a far more focused film like the one I suggested could have been told. The action offers nothing new and his visuals are so flat and uninspired it makes you beg for the style of Michael Bay.

The film clearly wants to be regarded as clever and thoughtful, but it’s amazing just how stupid and empty it is. Why CHAPPiE’s maker doesn’t call the police or alert the company who makes the robots is unfathomable, as is why he’d take a creation which can ‘judge art’ and ‘create music’ straight to the CEO of an arms manufacturer the very next day. Hugh Jackman’s character is allowed to carry a gun in an office and why he goes from disgruntled employee to bloodthirsty maniac just to use his ED-209 rip-off robot is beyond any logic. Passing consciousness from a metal skull with a devise which was made to be controlled by a human mind? Yeah, that makes sense, Neill. Just like storing a human’s entire consciousness, the very thing which makes us human and cannot be fully explained by the greatest minds today…on a USB stick. The lack of thought in this film is quite outstanding. The reason stuff just happens in Blomkamp’s world is because without it he’d have to maybe read his own work after it has been written.

Idiocy, nonsense, pseudo-intellectualism, flat and uninspired visuals, a robot equally as annoying as Sharlto Copley in human form make for one of the worst entries in to the science fiction genre since Blomkamp last picked up his crayons and notepad. To think he has been given the opportunity to make the next film in the Alien series leads me to think he has pictures of some Fox executives they do not want leaked, because no one in their right mind should let this guy near anything which was once great.