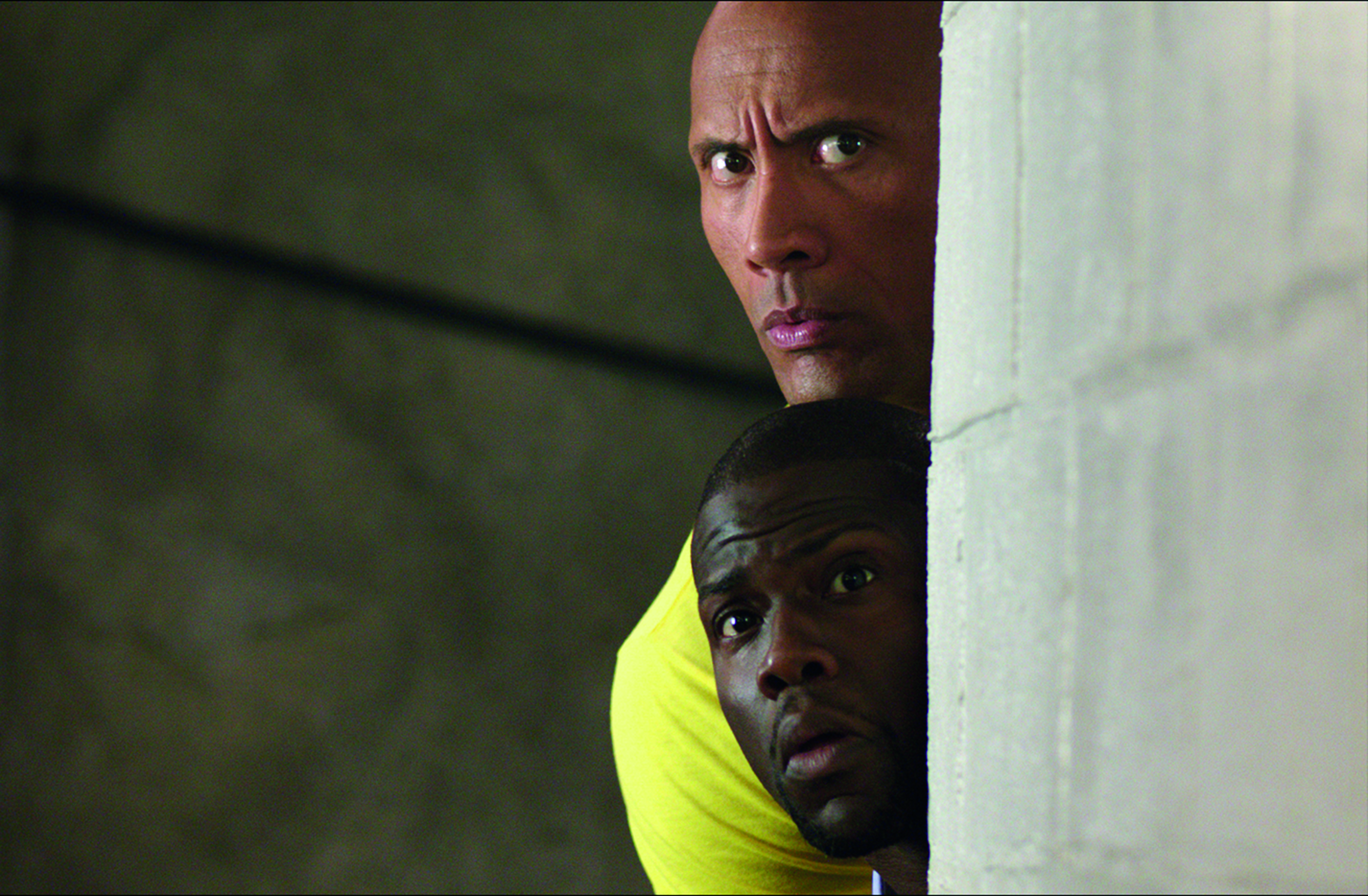 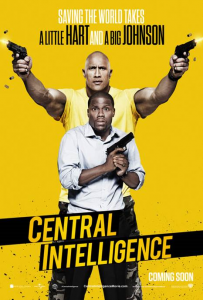 Bloopers at the end of a movie are usually the sign of one thing: it knows it hasn’t made the audience laugh.  But there’s always exceptions, and “Central Intelligence” is one.  To the extent it could turn out to be the Guilty Pleasure of 2016.

Not that it gets off to a particularly good start, nor is it just over an hour and a half of unadulterated hilarity.  It opens with an obviously – and badly – CGI’d teenage Dwayne Johnson, with curly hair, braces and too many pounds around the waist.  All of which makes him the number one target for the school bullies, so he’s literally the butt of a spiteful joke.  It doesn’t do much for your expectations.  But hang on in there…….

While Bob (Johnson) was the bullies’ favourite at high school, Calvin (Kevin Hart) was everybody’s friend, the student most likely to succeed.  As adults, the roles are reversed: Calvin’s a moderately successful accountant but Bob has converted all those extra pounds to muscle.  And, as it turns out, he’s also a CIA agent.  Admittedly, one on the run, and he needs his old friend’s help to prove his innocence.

And that is all you need to know about the plot because it eventually becomes incidental, corkscrewing this way and that.  Not that it matters greatly.  This is a less dark and rather more obvious buddy movie than Shane Black’s “The Nice Guys”, the difference in size between Hart and Johnson being a perfect example.  Yet the two do work together surprisingly well.  Johnson’s Bob seems to be just a big lug, with dubious taste in films (his favourite is “Sixteen Candles”) and a habit of banging on about how great Calvin was at school.  Yet underneath that act, he’s actually smarter than he appears and is seriously handy in a tight corner.  On the other hand, Hart’s the fish out of water, mouthy, panicking and finding all the excitement just a bit too much to handle.

They’re helped by a perky script with a liking for one-liners and references to other movies.  It’s a film that knows exactly what it is and has no pretentions to be anything else.  So, for instance, Hart explains to his wife that they don’t need marriage counselling because black people always talk things over in a barber shop.  Geddit?  Actual comic scenes come second to the gags, although you’d swear that Hart is on the verge of corpsing in one of his scenes with Johnson.  And when you see the bloopers and the end, you’ll know you were right.  There’s another one involving Johnson twitching his pecs on demand that didn’t get used either.  Pity.

Alongside the Johnson/Hart double act, there’s the almost mandatory big name cameos, and a genuinely rib-aching one-scener from Kumail Nanjiani as a security guard, standing between the two heroes and a plane they want to steal.  He refuses to fall for Hart’s distraction tactics and is accompanied by a pet boa constrictor he’s named Snake Gyllenhaal.  Yes, another of those movie references.

“Central Intelligence” is a surprisingly good hearted film, with less colourful language than you might expect.  True, it’s no classic, but it’s certainly a cut above some of the other comedy offerings we’ve had this year.  By the time you come out of the cinema, you’ll feel you’ve had an undemanding but enjoyable hour and a half.  But you’ll probably wish they’d left in that pec twitching scene …..