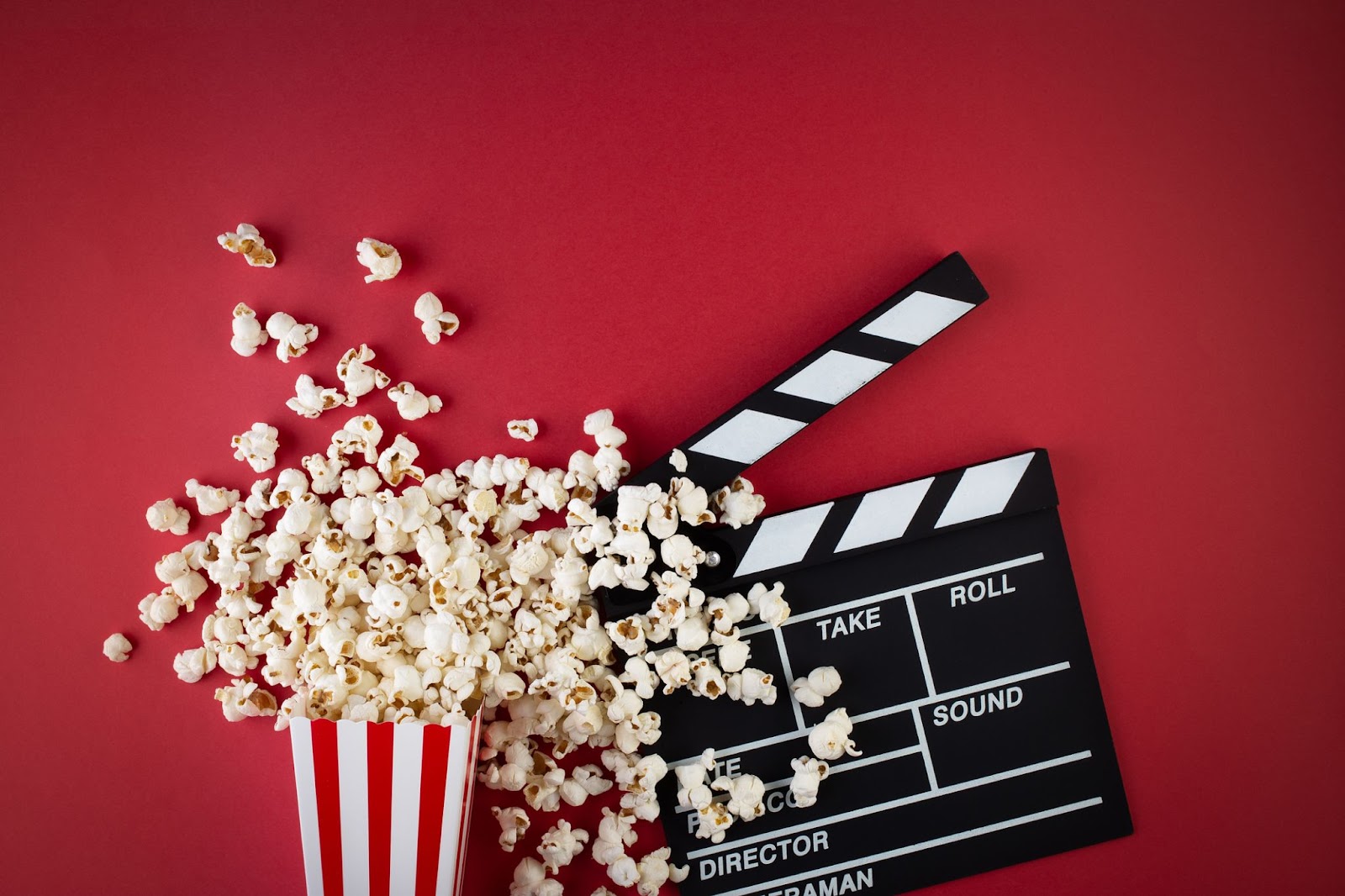 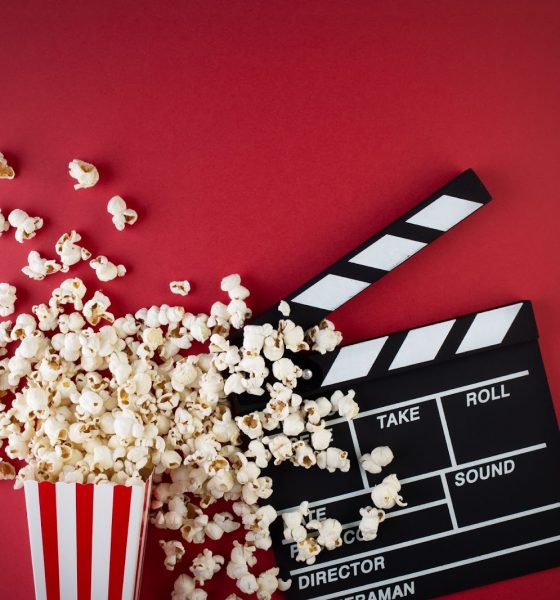 Celebrities in Film/TV That Use CBD

From different CBD topicals and flavoured CBD tinctures to the best CBD vape products and delicious CBD edibles, the CBD industry has seen an unprecedented amount of growth over the last few years. It has enhanced the idea of self-care as the latest wellness trend thanks to its potential calming properties on the mind and body.

Not only are scientists validating the benefits of CBD through research, but a number of celebrities have endorsed the use of this chemical substance. Some have even kick-started their own CBD companies after recognising the possible health benefits.

We’ve put together a list of CBD testimonials ranging from the best actors, actresses and TV personalities in the business. If you’re on the fence or have always been meaning to try CBD products, perhaps hearing about the experiences from your favourite movie stars will give you that first little push into the world of CBD. Pass the popcorn – you’re in for an exciting read.

One of the most well-loved American actresses is among the many celebs related to CBD endorsement. Jennifer Aniston has declared that regular use of CBD oil for anxiety helps to calm her down and significantly reduce her stress levels. She’s stated she prefers THC-free hemp products such as CBD, which offers all the relaxing benefits of marijuana without having to experience psychoactive effects of the ‘high’. For her, CBD has revealed ‘nothing but hope even during the worst of times’.

Another admirable American actress who’s an avid advocate for CBD is Gwyneth Paltrow. She’s received several accolades throughout her career, including an Academy Award, an Emmy Award and a Golden Globe Award. Her success doesn’t stop there – she’s also the owner of the modern lifestyle brand Goop, which highlights alternative advice for non-traditional healing in the wellness and beauty realm.

The brand features handy guides that focus on the benefits of using CBD and explore the experience of this hemp essence as a first-time user. A range of CBD-infused products is suggested, from CBD bath bombs to cocktails. Paltrow wholeheartedly believes in cannabis and CBD: “I love this subject, it really has the potential to change lives and shift old patterns of thought. I feel like we really could be on the verge of something greater than we realise, scientifically”, explained Paltrow in 2018 at the In The Goop conference in Los Angeles.

In addition, Paltrow has reviewed the possibilities of developing weed in the future as a health product, independent of being a legal narcotic. During a wellness summit with a panellist of speakers, she offered advice on the usage of CBD and THC; for example, start with a low dose and then increase if needed. The panel also considered the application of these cannabinoids in treatment plans.

Award-winning actor, director and narrator Morgan Freeman has appeared in a range of film genres portraying popular characters. In 2008, he was unfortunately involved in a near-fatal car accident, and Freeman developed the lifelong condition fibromyalgia, which causes extreme muscle pain and fatigue. Not long after the incident, Freeman resorted to cannabis-based products to manage chronic pain in his shoulder, arm and elbow. These offered him significant pain relief naturally, and he now deems that marijuana should be legalised across the board. Freeman has been supporting CBD and plant medicine ever since.

Canadian-American actor and comedian Seth Rogen is particularly interested in the benefits of CBD for Alzheimer’s disease because his mother-in-law had an early diagnosis. Rogen is also the founder of Hilarity for Charity, a non-profit organisation that aims to assist patients suffering from the disease.

Outspoken with a passion for cannabis and THC, Rogen loves to spread awareness about the benefits of cannabidiol and how it can be a valuable treatment management tool. He’s a frequent user of hemp-derived CBD oil himself. In 2014, Rogen encouraged further research into the medical benefits of THC and CBD at a US Congress. Five years later, he launched a marijuana company with Even Goldberg entitled Houseplant. Since 2019, the company has been selling Sativa, Indica and hybrid flowers throughout Canada. “We want users to understand cannabis on a deeper level so that they can truly have the best experience possible,” explained Rogen.

Retired Back to the Future and Teen Wolf actor Michael J. Fox fell victim to Parkinson’s disease at the age of 29 and soon began a cannabis-based treatment after his diagnosis. Almost a decade later, he established the Michael J. Fox Foundation that researches how various treatments, including cannabis, marijuana and CBD, can counteract the effects of the disease.

The company has found primary evidence that the anti-inflammatory and antioxidant mechanisms from cannabinoids can possibly protect human brain cells. It also provides funds for CBD-related studies and has raised nearly £1 billion for research. In 2019, the foundation urged Congress to pass three cannabis-based research bills.

Michael J. Fox personally uses CBD to help combat the severe highs and lows of his condition. It plays a role in dealing with insomnia and contributes to relieving nausea in his case of Parkinson’s.

The A-list actor and filmmaker Tom Hanks first used CBD to ease his anxiety symptoms before realising it had positive effects on body aches and pains. During his battle with Type 2 diabetes, he collaborated with Cornell University student Heather Pyces to learn how CBD may help to manage diabetes and illnesses resulting from stress. Hanks claims how CBD immediately alleviated 90% of his pain – “the benefits of CBD oil are unlike anything any pill or medication can do.”

Former daytime television host, actor and motivational speaker Montel Williams is a strong supporter of CBD and has been described as “one of the highest-profile medical cannabis patients in the United States”. As a survivor of multiple sclerosis, he began using medical cannabis for his illness and then launched Lenitiv Scientific, his own cannabis startup firm, in 2016 after partnering with Cura Cannabis.

Williams reportedly invested millions into the company to further support other California patients by proposing high-quality lab-tested cannabis products. The emphasis is on the quality of formulas to maximise therapeutic effects. With consistent use of CBD, there’s potential for it to help with less fatigue, pain and spasticity, as well as depression, memory loss and inflammation.

It’s amazing to see how and why some of Hollywood’s biggest names have personally tried CBD – and thrived when doing so! Numerous other celebrities, such as Emma Roberts, Dakota Johnson and Leighton Meester, have also publicly announced their appreciation of CBD.

CBD company associations are expanding among film and TV stars, including the likes of Whoopi Goldberg, Kristen Bell and Martha Stewart, skyrocketing CBD’s popularity even more. Using CBD as a natural botanical has proven to be powerful for market success. We’re looking forward to watching the sequel of CBD’s rise to stardom.