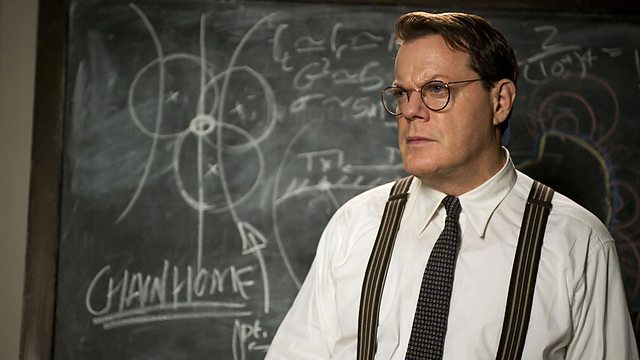 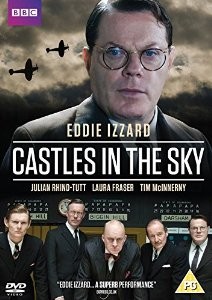 As the German forces grow in the mid 1930’s, Robert Watson Watt (Eddie Izzard) hand picks a team of Meteorologists in order to turn his dream into a reality.  Working against the clock and the seemingly endless obstacles in their way, Watson Watt and his team endeavour to create what became a pivotal tool in the safety of millions of people during the Second World War, Radar.

In a time where biopics have become prevalent in Hollywood, enjoying new found success in the retelling of the stories of Alan Turing (The Imitation Game) and Stephen Hawking (The Theory of Everything) it’s a shame that Watson Watts story is relatively unknown. Eddie Izzard takes on the role of Watson Watt in a levelled and well rounded dramatic turn, it’s testament to his performance that we forget this is a man widely revered for his comedic prowess. The supporting cast compliment Izzard with strong performances from Celyn Jones as ‘Taffy’, Iain McKee as ‘Higgy’ and Karl Davies as Watson Watt’s closest ally ‘Skip’. The chemistry between the cast becomes clear in their on-screen personas allowing Castles in the Sky to become relatable as we share in the trials and tribulations faced by the group. The breakdown of Watson Watts marriage unfolds as his relationship with his team grows and the comradery comes to the fore in the times where he and the country need it most.

It’s perhaps fitting  that the real enemy remains invisible throughout the film and the conflict comes in the form of the higher-ups in British Government, namely Frederick Lindemann (David Hayman), whose determination to see the group fail, leads to him placing a spy within the team. Director Gillies MacKinnon and Writer Ian Kershaw maintain this kind of symbolism throughout, the requirement of Watson Watt and his team to wear ties to impress the hierarchy is just one such instance.

The film moves succinctly through the events and perhaps the main shortcoming is that the film does feel about 15 minutes too short, which as a criticism isn’t a bad thing when one actually wants to see more of a film. The extra time would have allowed us to learn a little more about Watson Watt’s life before and after the events that unfold on-screen.

‘Castles in the Sky’ is a celebration of Watson Watt’s achievement but also homage to the hard work behind the scenes of the men and woman whose names we might not remember in the same way as the Alan Turing’s of the world, but whose efforts were nonetheless pivotal in ensuring the safety of vast numbers of innocent people