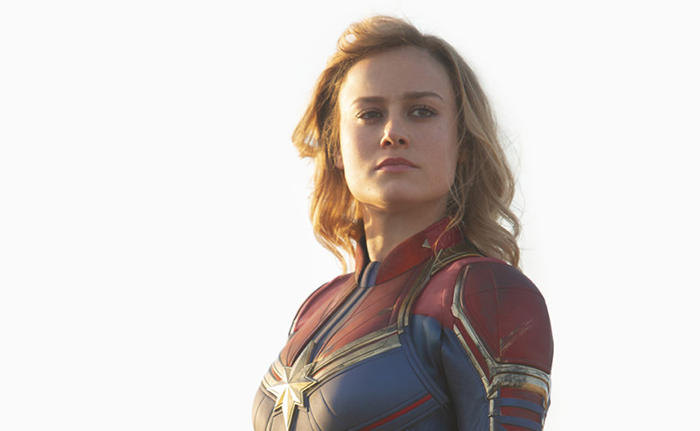 Captain Marvel has retained her title as the queen of the box office for a second week running, as the feature nears the $800 million mark worldwide.

The 21st entry into the Marvel Cinematic Universe fought off domestic newcomers Wonder Park ($16 million) and Five Feet Apart ($13 million) comfortably, with an unflappable $69 million across its second weekend, for a US total of $189 million. Combined with the $119 million international cume this weekend, the superheroic hit increased its worldwide haul to the tune of $188 million.

Captain Marvel’s global total has now risen to $760 million. At its present pace of receipts it is expected to cross the $1 billion mark, and has already helped pushed the MCU past $18 billion as a franchise.. The feature is in cinemas now, and stars Brie Larson, Samuel L. Jackson, Ben Mendelsohn, Djimon Hounsou, Lee Pace, Lashana Lynch, Gemma Chan, Annette Bening, Clark Gregg, and Jude Law. Larson herself will return as Captain Marvel in just one month’s time, in directors Joe and Anthony Russo’s Avengers: Endgame, out on the 25th of April.