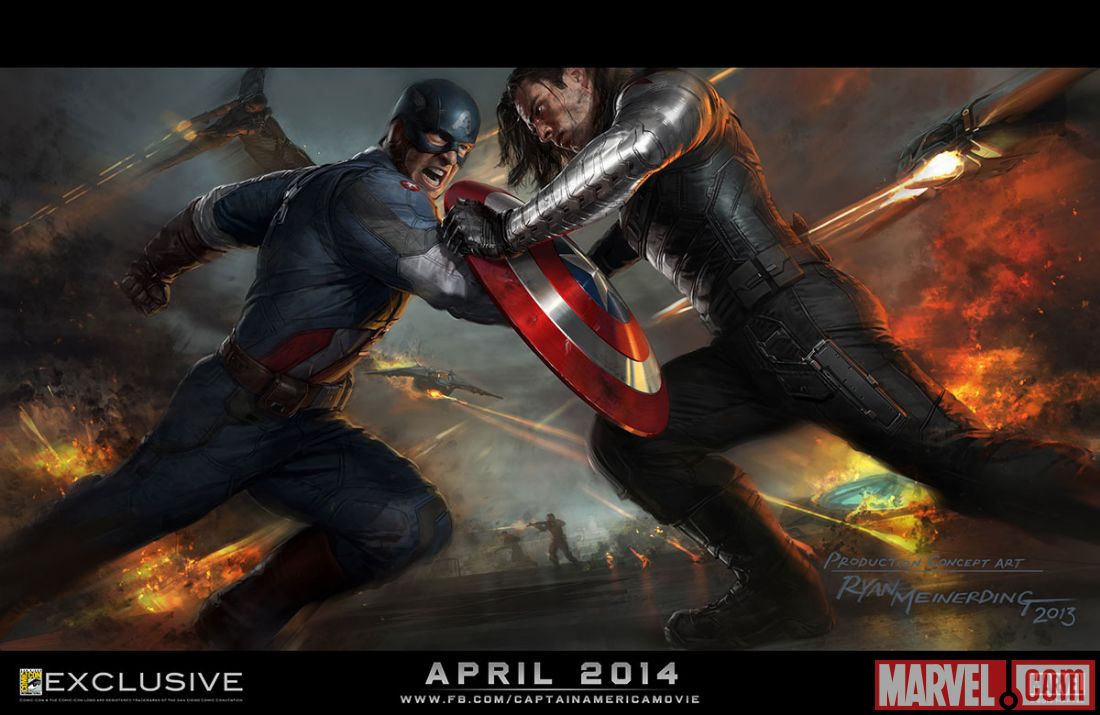 Lets start off by stating the obvious. If you have not yet seen Captain America: The Winter Soldier’s post credit sequence then stop now! What follows is a summery of the two scenes and an explanation of what they contain. 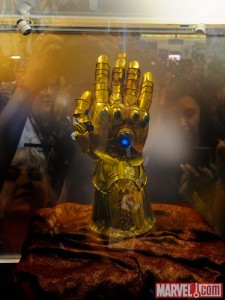 Since Samuel Jackson’s immortal words at the end of Iron Man (2008) audiences have not only watched Marvel films for their content but for the scenes that appear post and mid credit. These often set up the later films and have ranged from the obvious hammer in the sand to the confusingly camp Benicio Del Toro. Following that trend Captain America: The Winter Soldier gives us a cryptic mid credit scene and a revealing post credit scene. What follows next is summery of those two scenes.

Following the film we find a Baron Wolfgang von Strucker (His first appearance in the Marvel Cinematic universe and portrayed by Thomas Kretschmann) in a hidden laboratory informing a HYDRA scientist that their activities must remain secret after S.H.I.E.L.D and HYDRA’s fall. The importance of these activities become clear as we see they have Loki’s staff from the Avengers in their possession. If that was not enough he then moves to a pair of cells and announces that the “Age of Miracles” are upon us. Within these cells is Quicksilver (Aaron Taylor-Johnson) looking particularly dishevelled while bouncing from wall to wall and his sister Scarlet Witch (Elizabeth Olsen) manipulating building blocks with her mind.

After the credits a shaved and disguised Winter Soldier (Sebastian Stan) views his own memorial in the Smithsonian Museum seen earlier in the film. Perhaps finally believing Captain America that he is Bucky Barnes.

Now what exactly is that all about? The end credits scene is pretty clear but the mid scenes is about as confusing as that purple smiling guy (Thanos) at the end of Avengers! Below I break down the important elements of that scene.

One of the famous HYDRA/Nazi villains that Captain America has fought in his comic career. In the comics he underwent various procedures to become immortal and often had a habit of coming back from the dead. He has re-built HYDRA more than once in the comics and as seen here there is little to argue he intends to repeat that in the film universe. No obvious signs of the immortality yet or if he is as old as Cap but his inclusion can only prove a future appearance from HYDRA in Marvel films.

Last seen being used to shut down the portal in Avengers it can only be assumed to have been stolen from S.H.I.E.L.D hands by HYDRA agents. Shown to have similar properties as HYDRA weapons from Captain America: The 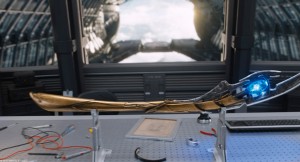 First Avenger maybe its as simple as the Baron trying to repeat. the Red Skull’s failed plan. An alternative idea is that the staff contains one of the “infinity stones” mentioned by Odin in Thor: The Dark World. Film versions of the infinity gems from the comics that if combined into a gauntlet (Last seen in Odin’s weapon room during the events of “Thor”) can give the wearer God like powers. A weapon linked to Avengers mid credit scene star Thanos specifically. The mid credit scene of Thor: The Dark World confirmed that the Tesserect and Aether are two and the orb seen in the Guardians of the Galaxy trailer is rumoured to be a third. That still leaves three unaccounted for and the mind altering properties of Loki’s staff does display similar properties of the blue mind altering infinity gem from the comics.

These two confusing cameos are especially confusing but are in fact the answer to which film this mid credit scene links in to. Avengers: Age of Ultron (2015) not only introduces us to a new villain but two new Avenger characters. The twin children of X-Men villian Magneto. The super speeder is Pietro Maximoff better known as Quicksilver while his telepathic sister Wanda Maximoff is better known as Scarlet Witch. Both mutants from birth Scarlet Witch posses a host of powers which are primary true magic in nature (as opposed to the technology based magic of the Thor universe)while Quicksilver has the power of super speed. How the introduction of true magic will be introduced into the film universe is interesting enough but more importantly it opens the doors for a rumored Phase 3 hero Dr Strange who conveniently got 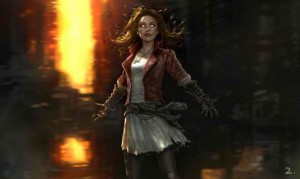 a name drop for the first time in Winter Soldier! Famous for being reformed villains in the comics it seems the films may follow the same formula though perhaps in a similar brain washed manor as Hawkeye of the Avengers film. More importantly is how Marvel will avoid their family ties to Magneto, a character currently owned by Fox! This is more than likely the reasoning for the term “Miracle” being used over “Mutant”. At time of writing Marvel have released both twins Avenger: Age of Ultron costumes so take a look at them for yourselves!