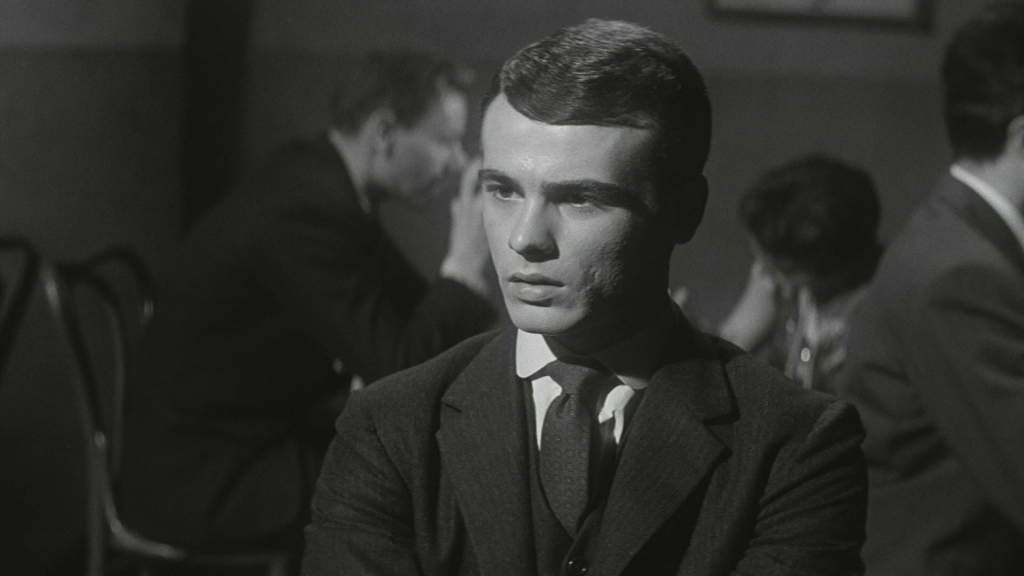 From the late 1950s to the early 1970s, and at the peak of his career, director Richard Fleischer adapted three notorious true crime tales for film. The first, 1959’s Compulsion, is based on the case of Nathan Leopold and Richard Loeb, two University of Chicago law students who kidnapped and murdered a 14-year-old boy in 1924 Chicago. The second, 1968’s The Boston Strangler, tells the partly fictionalised story of Albert DeSalvo, who purportedly sexually assaulted and murdered 13 women in Boston in the early 1960s. The third and final film, 1971’s 10 Rillington Place, focuses on English serial killer John Christie, who murdered at least eight women (including his own wife) throughout 1940s and early 1950s London.

There’s a lot that fascinates about this disturbing, loose collection of Fleischer’s when taken as a whole. For starters, on-screen we can see just how significantly cinema evolved over the course of not much more than a decade; starting at the edge of the 1950s and ending at the beginning of the 70s, Fleischer’s trilogy becomes progressively more graphic and intense, the residue of classic Hollywood cinema in Compulsion – back projection and all – eventually entirely eschewed in favour of the naturalism, location shooting and brutal reality of The Boston Strangler and 10 Rillington Place. In Compulsion, we don’t even see the murder, much less a body, while The Boston Strangler shows us the victims’ horror prior to their death, and 10 Rillington Place subjects us to explicit, casual murder and bodies hidden in the walls of the murderer’s flat.

Fleischer’s camera, however, is always cool and artfully detached, forever in a place that highlights the performances and gives the facts the necessary breathing room. Fleischer’s style is stripped back, in a procedural framework that feels like an obvious stylistic influence on David Fincher’s later Zodiac; nowhere is this more apparent than on the ultra-minimal The Boston Strangler, for which the musical score lasts a grand total of 22 seconds and in which starkly lit dialogue scenes contain banally-worded conversations about rape and murder. And with Fleischer so subdued, it’s the central performances in each film that immediately stand out. The support cast excel, too – there’s an uncharacteristically understated Orson Welles as Compulsion’s brilliant defence lawyer, and a compelling Henry Fonda as the chief detective put on the case in The Boston Strangler.

The best performances invariably come from the ‘killers’ themselves, though, as though Fleischer had more interest in developing these men than anyone else. But why not? How many movies have there been where the killer is irredeemable, outright bad or evil? Fleischer takes a bold step and instead makes his movie killers human. Compulsion’s killers, based on the infamous pairing of Lowell and Loeb, whose crime previously got the movie treatment with Hitchcock’s Rope (FYI, Compulsion sticks much closer to the facts, and just happens to be the better film), are sheltered, studious boys with mother fixations and a desire to prove their superiority to the world. It may be that ‘Artie’ (based on Loeb), the more aggressively sociable and unpredictable of the two, is a sociopath, but partner ‘Judd’ (based on Leopold) is a confused, naive social outcast unwisely seeking companionship in the darkest of places.

The title ‘Compulsion’ isn’t all that appropriate for the first film in Fleischer’s trilogy, considering the two murderers kidnap and execute a schoolboy less because they’re ‘compelled’ and more because they see it as a kind of experiment, to test their theories on Nietzsche’s Ubermensch and in order to prove their own intellectual superiority. The title would in fact be much more applicable to the two other films in Fleischer’s trilogy, the more matter-of-factly named The Boston Strangler and 10 Rillington Place. In those films, the killers are in part somewhat sympathetic (though still deeply creepy and played even more unsettlingly by a never-better Tony Curtis and an excellent Richard Attenborough), crucially because the killers aren’t in total control of their desire to kill. Attenborough’s John Christie is evidently troubled, if also cunning and self-serving, while Curtis’s Albert DeSalvo is an everyday family man with an undiagnosed multiple personality disorder.

Whether the real DeSalvo was schizophrenic is debatable (he was never diagnosed as such), while critics of The Boston Strangler accused Fleischer of sensationalism, but the question the director’s asking through his own Strangler is whether a killer – in this case, one not entirely in control of his urges – is intrinsically evil. Over all his three films, the answer becomes predictably complicated. It’s a very different take to what we expect from cinema, especially mainstream Hollywood cinema, as, after decades of being told on film that murderers are indisputably ‘bad’ guys, devoid of any amicable qualities and often just straight-up wicked, Fleischer assures us this isn’t the truth. And with that, he also questions the nature of punishment – if murderers can’t be comfortably defined as ‘pure evil’, and if they are human like the rest of us, then how can we also so easily take their life? 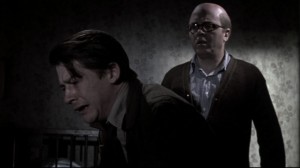 Fleischer’s aversion to capital punishment isn’t so obvious on Compulsion, not until Welles’s world-weary lawyer at the climax convinces the judge to hand down sentences of life in prison rather than death at the end of a rope for his two young defendants. In The Boston Strangler, Fleischer’s feelings are less clear, though the final scene, with Curtis’s loving husband suddenly unwittingly transformed into his murderous alter-ego, plays out like a tragic monster movie. But with one absurd (and true-to-life) development in 10 Rillington Place, Fleischer’s view is no longer in doubt: as the slow-witted but innocent Timothy Evans (John Hurt) is led to the gallows for a crime he didn’t commit, while his guilty landlord lives to kill again, the director’s cry against the death penalty is heard loud and clear.

And taken together, it becomes obvious that all three of Fleischer’s true crime films in their own way lead us to the difficult, specific question of capital punishment. “What led these men here?” we’re made to ponder. 10 Rillington Place offers less of an explanation of Christie’s crimes than Fleischer’s two other movies do for their own killers (arguably, we don’t need further explanation, such is the strength of Attenborough’s performance and his ability to convey a deep-seated history of pain and inner conflict), but together all ask for us to take a closer look, and perhaps re-evaluate our own opinions. Not because it’s ‘right’, but because it’s something that simply needs to be done. We have to ask what purpose killing again serves, and whether killing in the name of the law is any more justifiable than killing outside of it.

In the worldview of Richard Fleischer’s capital punishment trilogy, things aren’t as simple as in the majority of popular Western cinema. There’s no good guys versus bad guys, no easily defined rights or wrongs; it’s just a world of people uniquely strange with problems that can manifest in dangerous and despicable ways, all of whom are treated with the same undiscerning eye. The lack of character judgement on Fleischer’s part brought the director criticism and scorn from some, but Fleischer regardless endeavoured to steadily complete his trilogy over a period of 12 years. And in making his own statement on crime and punishment, as well as making a general statement on why ‘evil’ deeds cannot always be simply dismissed as remorseless acts perpetrated by monsters, Richard Fleischer’s capital punishment trilogy is an important cinematic artefact.

From Sunrise To Midnight..