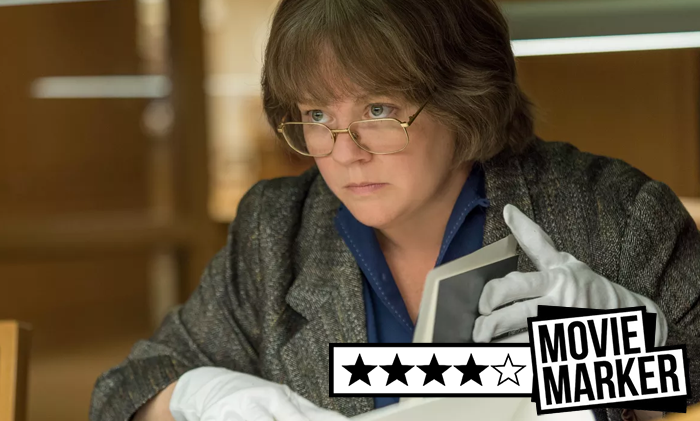 There’s a quaint charm to Can You Ever Forgive Me? that calls to mind the notion of Rob Reiner helming his own riff on American Animals. It doesn’t come from Reiner, in fact, it’s actually director Marielle Heller’s directorial follow-up to the bafflingly overlooked Diary of a Teenage Girl. As was the case there, though, Heller’s penchant for seeking out the cultural touchstones in a setting works a treat, and, just as you’re looking for Bill Murray to arrive and deliver his misanthropic best, along comes Melissa McCarthy to take the reins instead. Very well too.

McCarthy – chock full of Three Billboards-level bile – is Lee Israel, the washed up writer who finds a profitable niche in forging letters of note from esteemed persons. Naturally, the setting is largely that of old bookstores and run-down apartments, but it’s the human drama unfurling within them that Heller maintains a solid eye for throughout – unpacking a more wildly comedic lens for the arrival of Richard E. Grant’s larger-than-life BFF figure. 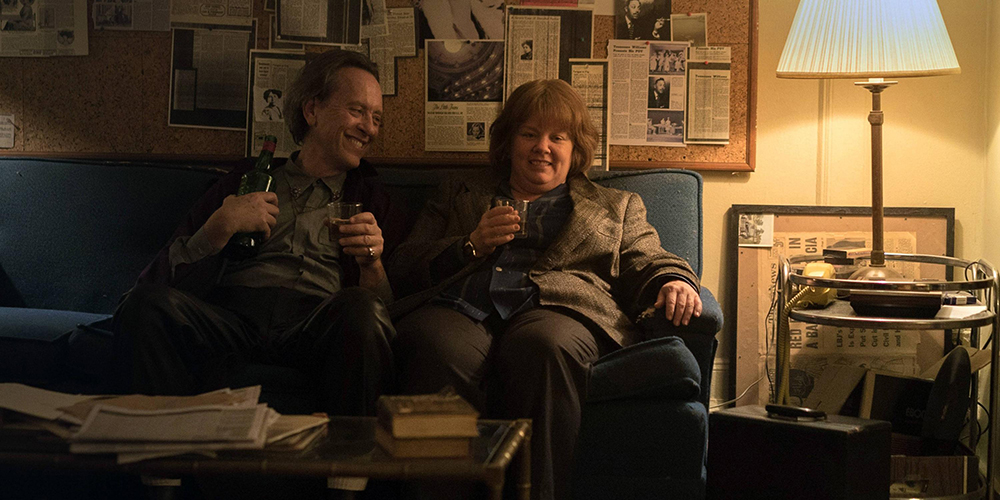 Written with a delightfully acerbic wit, McCarthy and Grant don’t shine so much as outright radiate through Can You Ever Forgive Me? – Grant visibly having a ball, and with McCarthy demonstrating her ability to inhabit a role can serve as nimbly in dramatic function as comedic. Israel’s internalised sense of displacement is palpable, McCarthy riding carefully on the desperation that increasingly comes to define her. The chemistry between the two charms effortlessly, the performers finding more than enough fun to be had in the sharp back-and-forth upon which their entire dynamic comes to be based.

Packing quite a pithy little heart, Can You Ever Forgive Me? soars on the back of strong directorial prowess and insightful performances. Blunt Talk’s Dolly Wells impresses in an unlikely love interest role, and the always delightful Jane Curtin puts in an appearance, but it’s doubtless the platform for Grant, McCarthy and Heller to shine. For McCarthy, in particular, it’s the role of a lifetime, and, for an audience, one not to be missed.