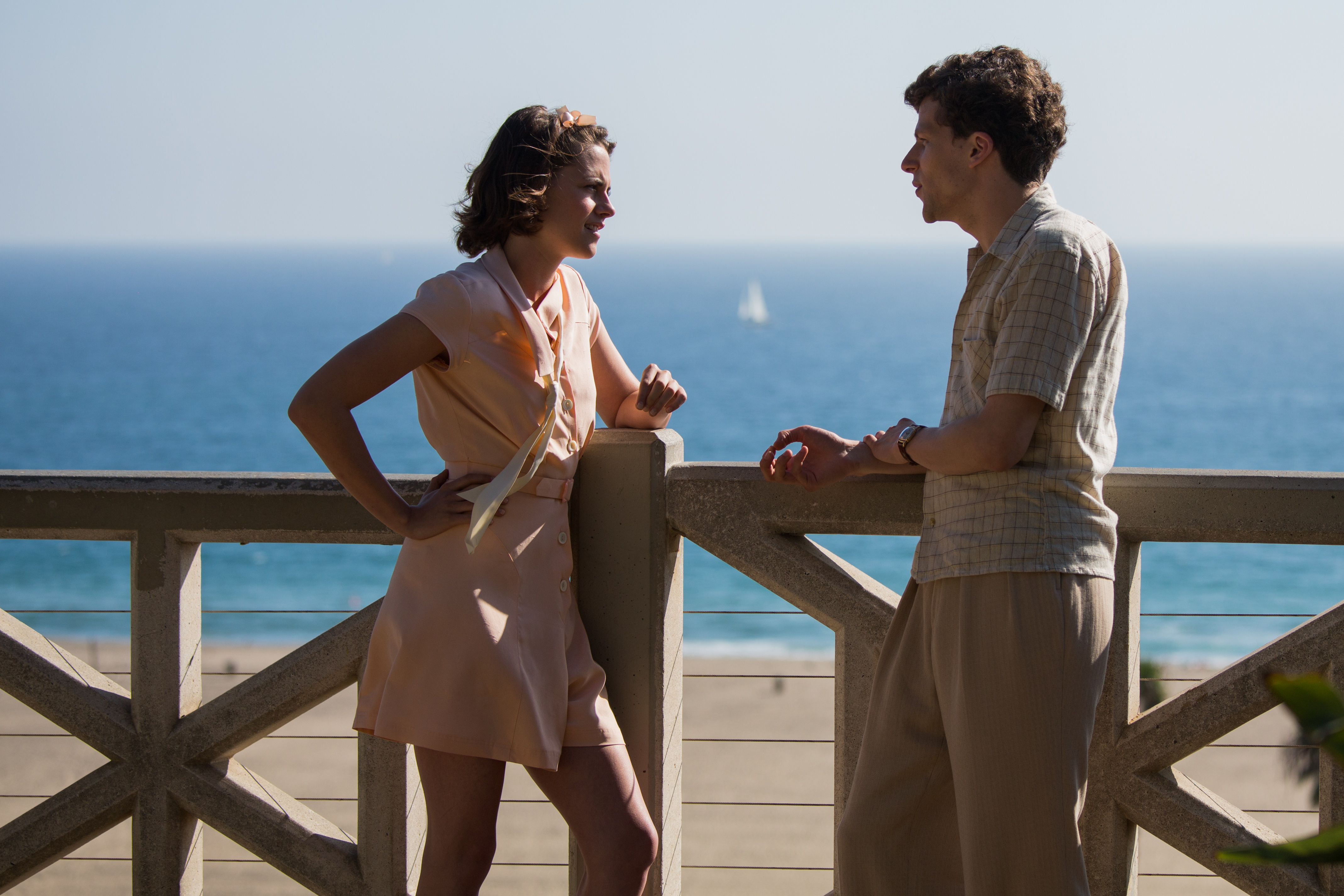 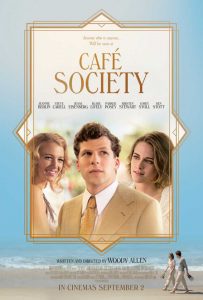 Time was when the latest Woody Allen film meant a queue around the block.  Rather like in ‘Annie Hall’.  Now it’s more a case of holding your breath – because you never quite know what you’re in for.  ‘Blue Jasmine’ saw him on a high, ‘Irrational Man’ less so.  But, when you’ve been directing movies for 50 years and releasing at least one every single year since 1977, the occasional dud is inevitable.

Not that ‘Café Society’ is one of them.  It’s a soft focus romance set in the 30s, both in Hollywood and New York, and the story could easily have come out of one of the big studios of the day.  Naïve but likeable Bobby (Jesse Eisenberg) moves from Brooklyn to Hollywood in the hope of working for big time movie agent, Uncle Phil (Steve Carell).  And, when he gets that job, he’s also shown around town by Vronny (Kristen Stewart) who he falls for in double quick time.  But the fact that she has a boyfriend gets in the way, so broken hearted Bobby returns to New York, where his brother sets him up as the manager of his nightclub.  He also marries the beautiful Veronica (Blake Lively) – and then Vronny walks through the door.  With her husband.

Allen is on more comfortable territory than the academia of ‘Irrational Man’, so what we get is the writer/director that we know and love.  Nostalgic.  Witty.  Perceptive.  And one that gets intelligent performances from his major players.  Eisenberg’s two leading ladies turn in nicely judged performances, Kristen Stewart in particular as his first love.  Initially full of youthful contempt for Hollywood and all it represents, she ends up marrying into the industry and comes back into Bobby’s life decked in ostentatious finery and heavy make-up.  None of which suits her.  It’s meant for somebody twice her age – and she’s married somebody twice her age.

The really fascinating performance comes from Eisenberg himself – not so much because of its quality, but its familiarity.  He’s full of Jewish angst, as if he’s swallowed Allen’s earlier performances wholesale.  Of course, he’s speaking Allen’s dialogue, but the similarity goes way beyond that: there’s the intonation, facial expressions, gestures and little verbal tics.  He’s endearingly funny as well, both because of the script and that same familiarity.

The resemblance to other Allen films goes further.  There’s a gangster sub-plot involving Bobby’s older brother Ben (Corey Stoll) that harks back to ‘Broadway Danny Rose’.  Vronny’s age-gap relationship has shades of ‘Manhattan’ while Bobby’s unrequited love hints at ‘Hannah And Her Sisters’.  It rather like watching a Woody Allen retrospective.  Curated by Woody Allen.

It has its weaknesses – the narration, voiced by Allen himself, sounds like an afterthought and that gangster sub-plot is little more than functional  – but they don’t get in the way of the film’s wistful nostalgia.  Or its many charms, which are virtually impossible to resist.

The Ninth Life Of Louis Drax