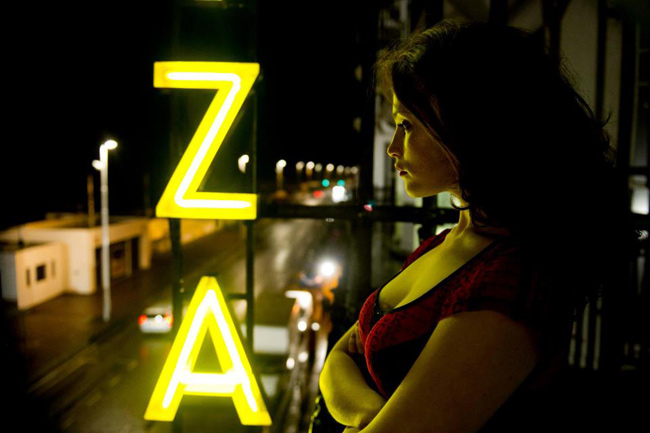 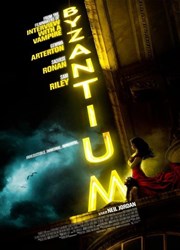 Neil Jordan is dependably interesting as a film-maker, albeit not always successful, his eclectic CV littered with both left-field hits and noble fumbles. “Byzantium” brings Jordan back into the realm of the vampire, creative pastures last traversed with 1994’s thunderously monotonous “Interview with the Vampire”. That clumsy Anne Rice adaptation was crippled by languorous pacing, uninvolving characters and insanely wooden acting (Tom Cruise aside). Few of these complaints can be levied at “Byzantium”, a less operatic tale, but one primed with dynamic thespian contributions, heartening screenwriting and savagely evocative imagery. It’s a tale of familial agony laced with a profoundly Gothic twinge; think Ken Loach cross-pollinated via Tim Burton. The central turns from Saoirse Ronan and Gemma Arterton ooze commitment and eloquence, both young performers achieving masterful feats of human conflict here. “Byzantium” is gorgeous to behold and satisfying to comprehend, a refreshing double-threat amid the moggy summertime humdrum of multiplex culture.

Clara (Gemma Arterton) and Eleanor (Saoirse Ronan) are a dysfunctional mother and daughter. They are cut from very different moulds, Clara’s seedy professional eye clashing with Eleanor’s need to be at peace, their family secret preventing her from integrating into the world. Both Eleanor and Clara are vampires, and after a particularly brutal interaction with a mystery pursuer, the two are forced to relocate, shacking up with lonely Noel (Daniel Mays), an earnest man easily seduced by Clara’s charms. Clara begins to use the abode for prostitution, whilst Eleanor quietly goes about her studies, meeting a strange kindred spirit in the form Frank (Caleb Landry Jones). The pair bond tightly, leaving Clara with a deeply rooted sense of vulnerability, especially as dangerous forces uncover their location.

Since 1984’s “The Company of Wolves” Jordan’s grasp of stark, nightmarish imagery has been unquestionable, the Irishman rallying scenes of werewolf transformation and surreal feminist allegory into unsettling cinema. That picture and “Byzantium” would indeed make a curious double-bill; each stylistically and thematically mirrors the other in obvious fashion. To label “Byzantium” an Angela Carter-esque work of livewire gender debate would be to do it a disservice, it’s a more narratively complete and sophisticated piece than that. Screenwriter Moira Buffini has fun playing with vampire tropes and concocting her own lore, but she also takes time to construct unique characters that interact with sufficient dramatic intensity. As the plot thickens and cultist elements filter into the picture’s delicately designed canvas, working out villain from hero becomes increasingly difficult, heightening the tension and conveying a sense of human depth and introspection to supplement the script machinations. That the actors connect with the material so seamlessly is fortunate, but praise should still be heaped on Buffini for her rounded craft.

Ronan and Arterton are magnificent, allowing “Byzantium” to inch away from vampire theatrics and into domestic woe with blissful ease. Bound by loyalty and blood, the feuding duo use their varied performance approaches to highlight their conflicts. Arterton aims broader, vamping up sex appeal and cruel manipulative tics for the majority, only dipping into subtler wellsprings of maternal distress when the mood commands it. The tactic works well, emphasising several of the tenderer pivots in her and Ronan’s onscreen saga. The “Atonement” star also continues to mature at a staggering clip, even elevating the romantic component with an irksome Caleb Landry Jones. With his quirky, superficial jerks, Jones might have appeared impressive against a less naturally secure companion. As it is Ronan acts him out of the park.

As with his better works, Jordan blends image and idea together effectively here, coming up with some haunting moments to hang “Byzantium” upon. A literary device is employed that fills in backstory with a degree of poetic integrity and fluidity, helping to avoids gaps in logic without sacrificing character motivation or audience patience. Granted in light of last week’s abhorrent “Man of Steel”, it would be impossible for “Byzantium” to come off an anything less than fleet-footed, but even against sharper fare the hefty expository measures are juggled with care. Jordan also indulges the mythical, transformative and sexual subtexts with impact and relish, the brothel setting is appropriately garish and one image in particular, a delirious Arterton being soaked in an avalanche of blood sears itself into the retinas, oozing malevolent euphoria and carnal promise. It’s a very confident directorial outing. Jordan grips “Byzantium” firmly; dry-brushing memorable bursts of visual invention over his writhing story.

The male character are undeniably thin (probably an intended touch), but that’s only a problem when it comes to the uneven relationship between Ronan and Jones. Elsewhere “Byzantium” is fuelled by grandiose verve and palpable intimacy, a frighteningly eloquent ode to the spirit of legend and the social discontent of 21st century Britain.