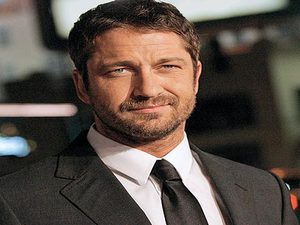 Gerard Butler is the latest star to be offered the lead for Albert Hughes’ silent crime-thriller Motor City. The film, a completely wordless story, tells the tale of a recently released ex-convict who sets about tracking down the men who framed him.

The screenplay, written by Chad St. John, will rely heavily on provocative and detailed visuals in the absence of dialogue. Joel Silver is set to produce the feature under the stewardship of Dark Castle (Orphan, Thir13en Ghosts).

Butler is the latest in a string of big names to be courted over a starring role with Chris Evans, Jake Gyllenhall and Jeremy Renner all passing on the opportunity. Dominic Cooper was originally intended to star but had to drop out due to scheduling conflicts.

If an agreement is reached, Butler’s name will be added to those of Gary Oldman and Amber Heard who are already signed on for the project.

Butler has recently signed on for political-thriller Olympus Has Fallen so it remains to be seen whether his schedule will allow for consideration.

Hunger Games Continues To Feed Masses At The Box Office!