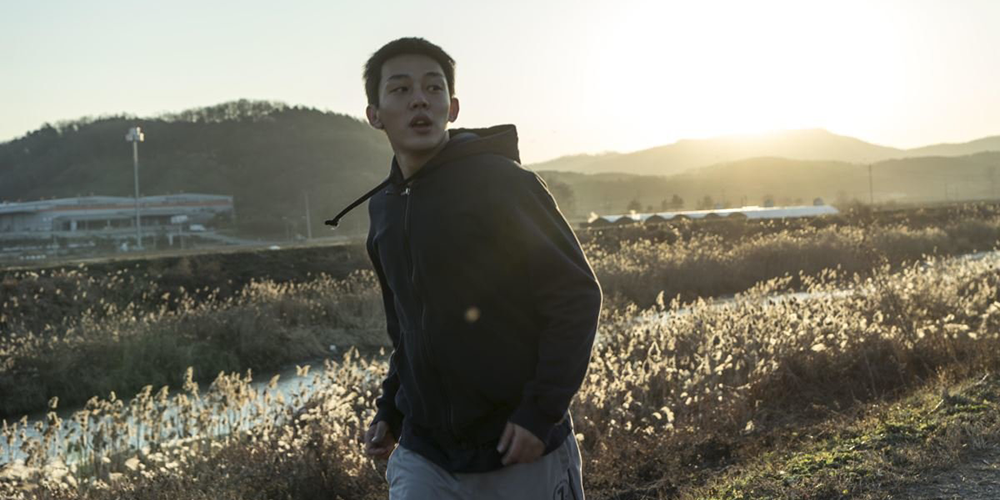 There’s a quiet, bone-jangling discord at the heart of Burning. It’s a film that exists firmly within the realms of discomfort, designed to build tension without the audience realising it — it’s the nervous quiet before the jump-scare in a horror film, but we never get the shock. Instead, director Chang-dong Lee constructs a film that’s the visual equivalent of a scraping violin string, as mundanity is positioned on a knife edge. It’s simple in structure – quiet deliveryman Lee Jong-soo (Yoo Ah-in) falls for free-spirited Shin Hae-mi (Jong-seo Jun), only for her to return from a trip abroad with wealthy playboy Ben (Steven Yeun) in tow – allowing Lee to delve beneath mere plot and explore character, class, and criminality.

Burning is a film that rewards pondering, rewards patience. Tensions burn, emotions burn, yes, but they do so with the pace of a simmer, creeping up on you silently. It mixes genres, taking elements of a romance from here, a character study from there, and fusing them delicately onto the skeletal framework of a thriller. It’s rarely fast-paced, and instead takes its time moving between images, lingering on skylines both urban and rural, occupying the transitional period between the two, both ‘here and there’.

It’s apt that the genre-blending means that Burning remains somewhat ambiguous in tone, because it reflects the grey space in which the characters and events inhabit. Things are unsaid, moments are unexplained, and characters are unfulfilled. It breaks up narrative structure with moments of abstract dreams, interspersing without contextualising. It’s a film that manages to exist on the margins of many things at once while never feeling like it’s spreading itself too thin. Instead, Burning is an adept reminder that creative filmmaking doesn’t always need to be brash to be bold — or worthwhile. 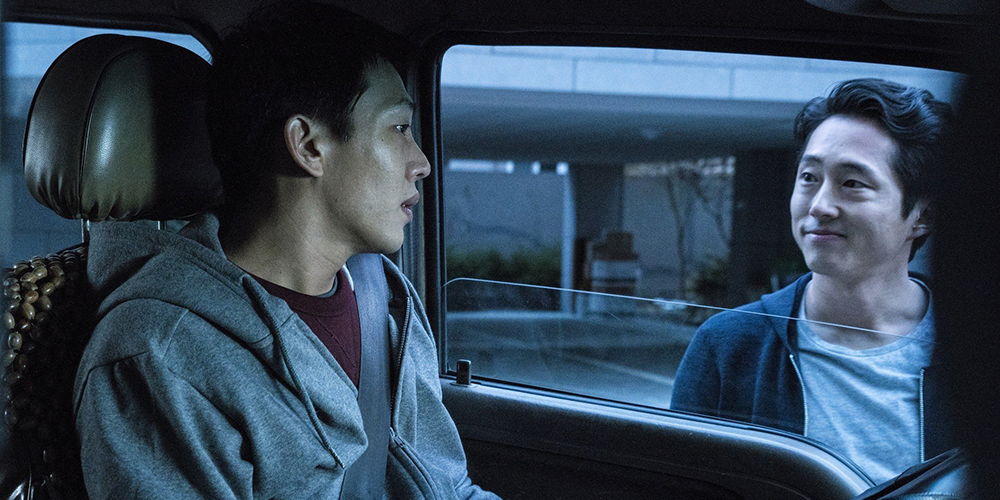 For a film that’s so tonally rooted in No-Man’s Land, it’s fundamentally a piece about opposition, posing lead characters Jong-soo and Ben against each other in a quiet class struggle that dominates the subtext of the action. Ben is Jong-soo’s foil, his warped parallel world doppelgänger as the two of them revolve around the free spirited and often perilously naive Hae-mi. Whilst Ben chats away amiably to his mother on the phone, Jong-soo silently leaves the courtroom in which his father is being sentenced to prison. Ben parks his pristine Porsche next to Jong-soo’s beaten van in the street — the same Porsche that looks completely at odds to the rest of the scene when it arrives in the dusty farmyard outside Jong-soo’s house.

A quicker pace might have brushed over these moments, but Chang-dong Lee is determined to make us starkly aware of the discomfort that arises from the contrast between the two men. They look equally out of place in each other’s spaces, but while Ben can casually wander through Jong-soo’s world without a care, Jong-soo can’t inhabit Ben’s upper-class life with the same ease. It’s the contrast between no-money and new-money: Ben can go where he wants, but Jong-soo struggles to find enough traction to ascend.

None of this is ever said, though, and lead actors Yoo Ah-in and Yeun do a remarkable job of communicating as much as they can with as little as possible. It’s in the way Ben sits, lounging back cross-legged on a mismatched chair in Jong-soo’s yard, contrasted with the closed-off way in which Jong-soo stands in the centre of Ben’s modern apartment, touching nothing. 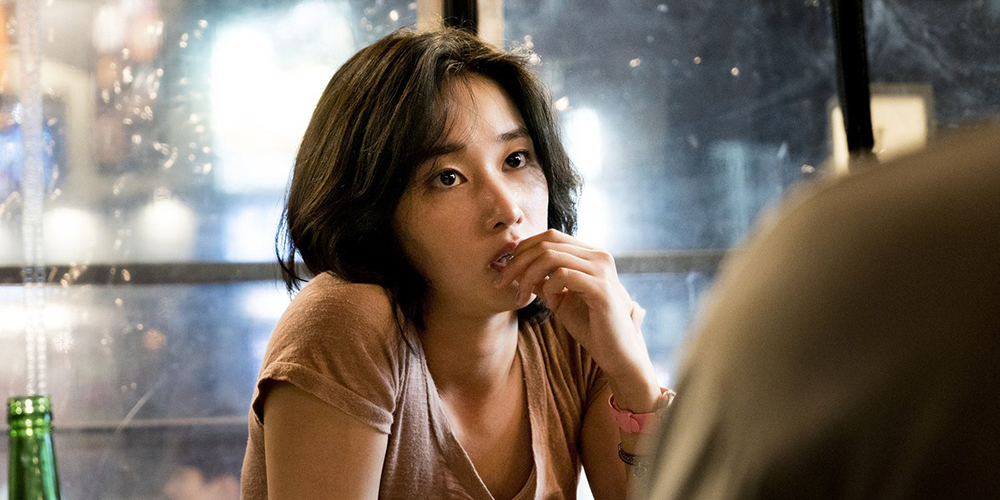 Hae-mi occupies the place of the strange, not-quite-fully-built bridge between the two worlds. She’s from Jong-soo’s humble world, but she’s travelled abroad and met the handsome rich stranger. She gets on with Ben’s friends, chatting easily and animatedly about her experiences, but she fails to notice that they’re all silently mocking her. Only Jong-soo, the observer and the writer, notices when Ben yawns and throws an amused eye-roll his way.

Burning is the type of film you might write a thesis on, so filled is it with ambivalences and allegory. When Ben confesses, straight-faced, that his ‘hobby’ is setting greenhouses on fire, it’s not long before Jong-soo, and the audience, begin to doubt whether burning greenhouses might be a strange code in which arson is substituted for a more sinister crime. There’s a moment that’s well worth remembering, in which Ben discusses metaphors, telling Hae-mi that Jong-soo knows exactly what they are. Then, there’s the conversation on the beauty of arson, with Ben reveling in the knowledge that ‘You can make it disappear, as if it never existed.’ Conversations in Burning simultaneously exist on different levels, but we’re never given any resolution into which one is real.

‘To me’, Jong-soo tells Ben, ‘the world is a mystery.’ The world in Burning is absolutely that – a grey nether-space in which you’re unable to tell whose truth is real, and who is playing a quiet game. Did Jong-soo rescue Hae-mi when she fell into a well as a child? What is Ben’s job? And is he capable of what Jong-soo thinks he is? 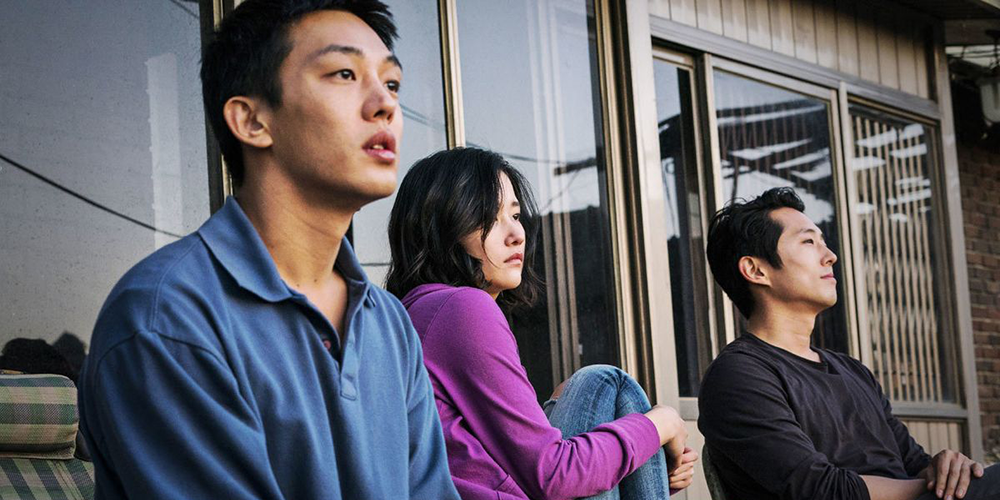 Early on, Jong-soo says that he sees himself in the masculine flaneur protagonists of William Faulkner’s works – and indeed, evidence of Faulkner’s Barn Burning, along with the Haruki Murakami story of the same name upon which the film is based, litters the screen and page. But perhaps the more striking comparison arises when Jong-soo remarks that Ben is like Gatsby; young and rich, with means from unknown places. If he is the extravagant, questionably motivated, doomed hotshot, does this make Jong-soo Nick Carraway, the lower class man who finds himself wrapped up in Gatsby’s life of excess, always observing and commenting – and maybe, just maybe, a tiny bit in awe? And is Hae-mi, the innocent and frivolous pixie, Burning’s Daisy Buchanan, destined to keep the men’s spheres intertwined whether they want it or not?

Burning never gives you this answer, nor any others — but it never really needs to, and that’s the beauty of it.