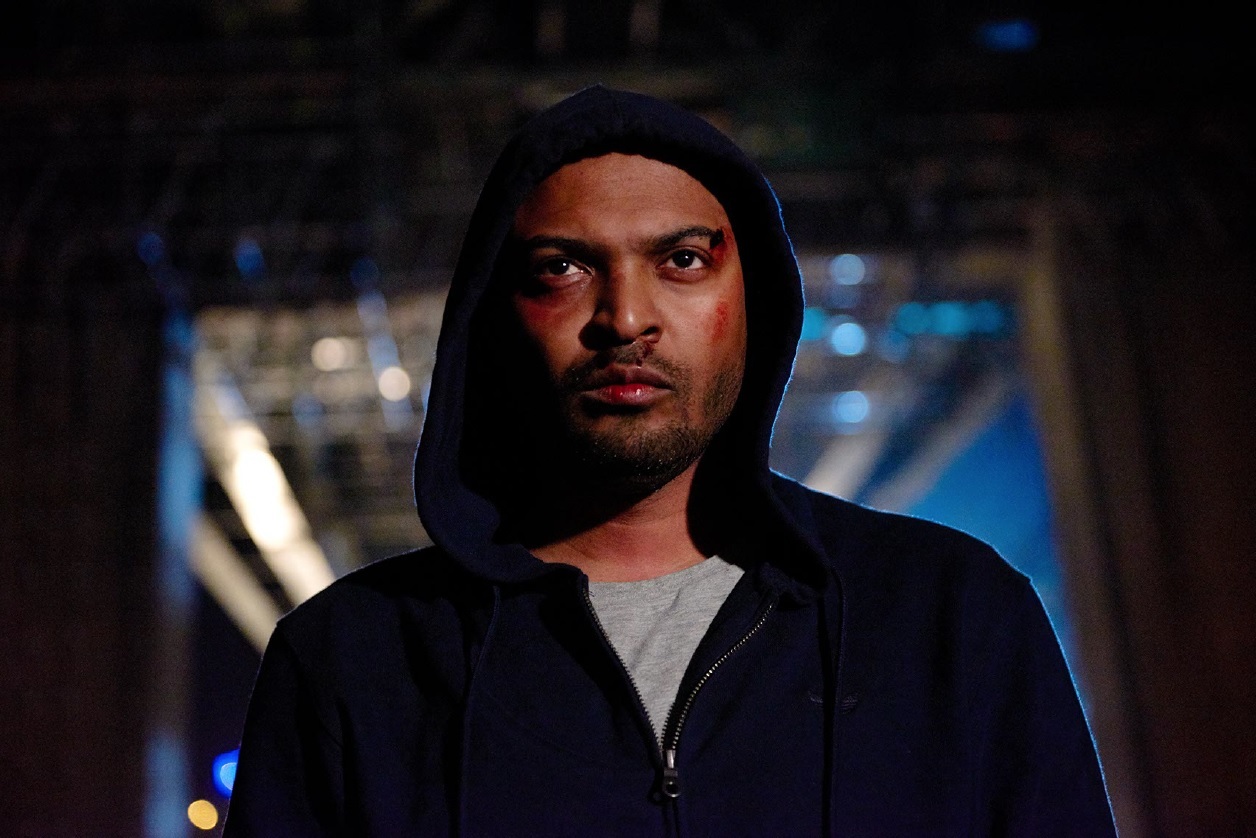 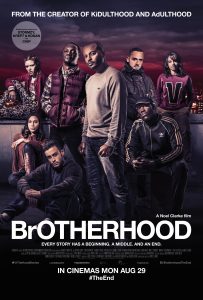 It all started back on 2006, with ‘Kidulthood’, Noel Clarke’s very personal project about disaffected youth in London.  The response to the film was such that the sequel, ‘Adulthood’, followed just two years later, even though the gap between the two stories was more like six.  Now Clarke gives us ‘Brotherhood’, the final instalment of his ‘Hood’ trilogy – and he’s insistent it’s definitely the end.

Which means it’s also the final outing for Sam Peel (Clarke), the headstrong teenager from part one, the ex-con from part two and now a family man with responsibilities in part three.  Yet shaking off his past isn’t easy and when his brother Royston (Daniel Anthony) is shot, the trail leads back to dez rez West London and crime boss Daly (Jason Maza).  But while he set up the shooting, he didn’t order it: that was down to Curtis (John Cornell), who’s hell bent on revenge for the death of his nephew.  Even though Sam tries not to fight back, an attack on another member of his family means he has to act, but he’s out of options.  Almost.

Seeing the previous two films isn’t essential, but it helps: director/writer/star Clarke works on the assumption that you have.  That you know Sam’s story, that you know what happened between him and Curtis’s nephew and that you recognise the characters making return appearances after part two.  Without that, you’re not involved in the same way and all you’re left with is a contemporary London-set drama, with liberal helpings of violence and sex.  Which is exactly what it is.  ‘Kidulthood’ may have broken new ground ten years ago, but there’s nothing new about this.  We’ve seen it all before.

There’s not a lot going for ‘Brotherhood’, apart from the occasional nice camerawork – one chase sequence especially – and plenty of London locations, if you like spotting that sort of thing.  Apart from that, most of the dialogue isn’t up to much and there are times when the characters are delivering speeches, rather than talking to each other.

There is, thankfully, one exception.  The violence and general nastiness is balanced by some really good comedy.  It’s sharply written and joyously performed, especially by Arnold Oceng as Sam’s friend, the frequently hapless Henry.  His is the stand-out piece of acting, lifting the entire film with the shaggy dog cover stories he invents for the benefit of his loving wife, Ashanti (Lashana Lynch).  They become more outlandish as the film moves on, with Lynch and Oceng making a genuinely funny double act.  There’s definitely more mileage in the pair.

All which gives Clarke a big pointer as to his next movie.  He clearly has a knack for directing and writing comedy, especially of the character-driven variety.  Maybe he should take a leaf out of Dexter Fletcher’s book and make the jump from gritty drama to something with a feel good or comedy flavour.  Either way, he needs to follow the lead of his creation, Sam Peel, and move on.