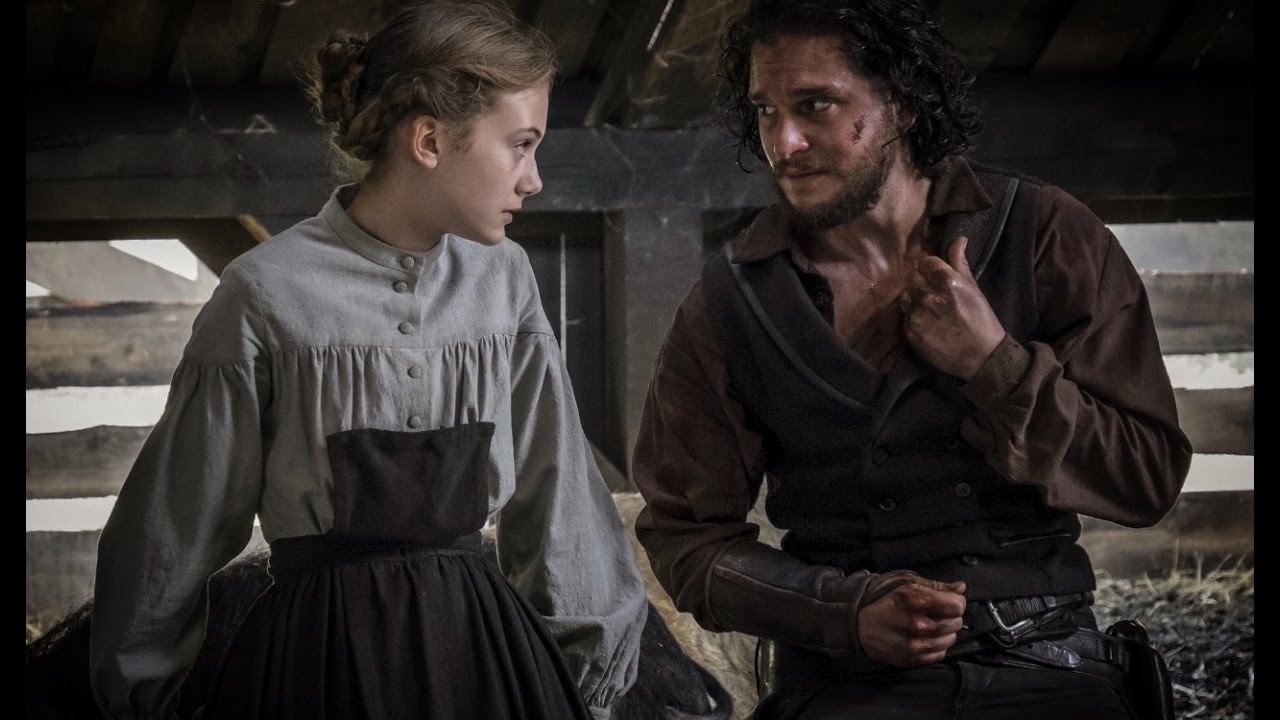 A frontier set film promising a strong female lead fighting for her survival is a premise to lure in even the most reluctant viewer. Couple that with the tease of a scene chomping performance of religious mania from Guy Pearce, known only as the Reverend and Brimstone should tick all the boxes and a few extra for good measure. With an incredibly strong opening, visually and emotionally, you are immediately hooked in to the story world but as it progresses, the power of the film is somewhat diminished and discomfort starts to set in.

Liz (Dakota Fanning), a mute woman who acts as the local midwife, lives with her husband, stepson and daughter on the wilds of the American plain. Their ordinary, good lives are disturbed when the Reverend (Guy Pearce) appears on the pulpit, preaching to the congregation. Akin to Clint Eastwood’s ‘man with no name’, he arrives with no introduction and little back story. It is immediately clear he is connected to Liz in some way and despite his religious words, he does not come in peace. He claims she has caused a man’s death and he has come to take her back to face her apparent crimes. 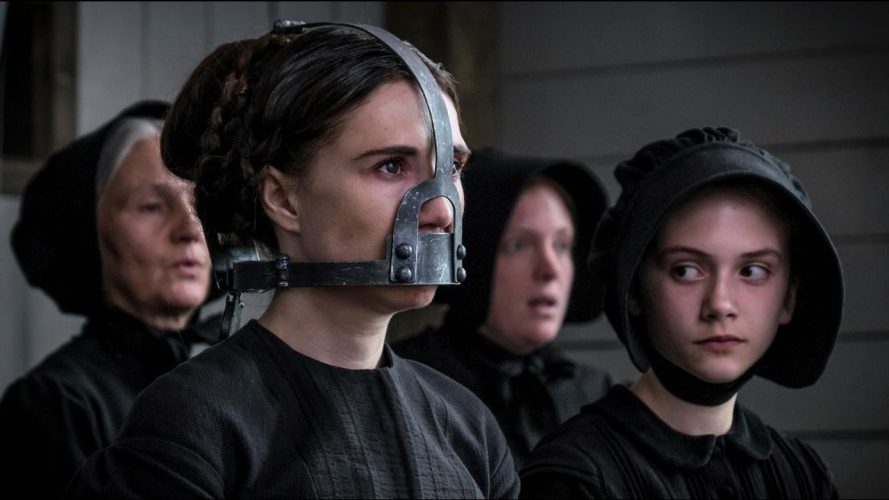 Brimstone is divided in to four chapters; revelation, exodus, genesis and retribution. It is a perfect framing device for the story, which unfolds backwards, filling in the story of Liz and the Reverend until it comes full circle back to the climactic chapter. Writer / Director Koolhoven crafts the story well, releasing information slowly and although viewers might be one step ahead of him in plot, this doesn’t detract from the telling of the tale. The music and visuals are impressive and the early chapters of the film feel raw, yet this style is somewhat abandoned for a more other worldly feel which lacks the believability and intenseness that initially serves the film well.

From the moment Guy Pearce takes to the screen you know that his take on religion is a skewed one. Strongly reminiscent of Robert Mitchum in ‘Night of the Hunter’, he carries a sense of presence when he appears, his eyes black and his expression set. Unfortunately as the film progresses and we hear more from the Dutch Reverend, he does not live up to the strength of Mitchum’s Harry Powell. He is a viscous and brutal man but his rhetoric does not carry the same punch as his silence. By chapter three; genesis, the stakes become so extreme, Pearce’s performance starts to seem a little caricatured which is a shame.

As we learn more about Liz’s past and her connection to the Reverend, the film becomes harder to watch and takes a step steps towards gratuity rather than vicious, visceral film making. When the younger Liz is introduced to a cathouse full of prostitutes, from here on out the treatment of women is brutal and excessive. One could argue that this is a depiction of the times, but there is little balance here, apart from the brief inclusion of Kit Harrington’s character Samuel, who offers some hope for the tortured young Liz.

With Koolhoven seeming to decide to throw everything including the kitchen sink at Liz, the subtle terror of her world feels undermined as you wonder what on earth could possibly happen to her next. There’s no doubting that Fanning (and Emilia Jones as her younger counterpart) give sterling performances, but the character ends up feeling a martyr rather than the strong woman she clearly is. A brief interlude of her friendship with fellow prostitute (Carla Juri) is a touching element within the story, allowing for more character insight and Juri gives a charming and feisty portrayal. A development of this to counterbalance the Reverend’s actions would have been welcomed.

Having watched Liz’s struggle through life, ultimately you want to leave the cinema feeling triumphant, yet instead you feel downhearted, which given everything that has happened is a strange sensation. Whilst Koolhoven’s eye and style are hard to fault, it is the extremity of story that lets the film down on the whole. If the later chapters had been a little more reigned in, Brimstone could have been epic.