We had a glorious glimpse of the character’s capabilities as Iron Man and Captain America assembled their respective teams in ‘Civil War’.

Now we’ve been given our first awe-inspiring look at the world of Wakanda initially introduced by Martin Freeman’s Everett K.Ross and Andy Serkis’ Klaw, as the solo outing for Chadwick Boseman’s (Get On Up) ‘Black Panther’ finally gets an awesome teaser trailer.

Directed by Fruitvale Station and Creed’s Ryan Coogler, we see the title character otherwise known as King T’Challa return to his African homeland, as a power struggle for the throne from various factions ensues.

Boasting a stellar ensemble including regular ‘Coogler collaborator Michael B.Jordan, star of this year’s runaway horror hit ‘Get Out’ Daniel Kaluuya, Star Wars: The Force Awakens Lupita Nyong’o and Angela Bassett who will also be a part of Mission Impossible 6 next year, this is shaping up to be a thrillingly distinctive effort from Marvel in both visual and narrative.

The film is released across the UK on 16th February 2018. 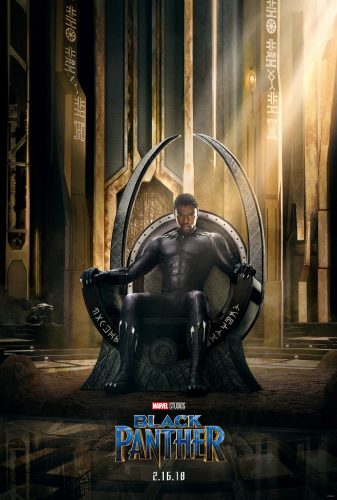 UK Trailer For The Hitman’s Bodyguard