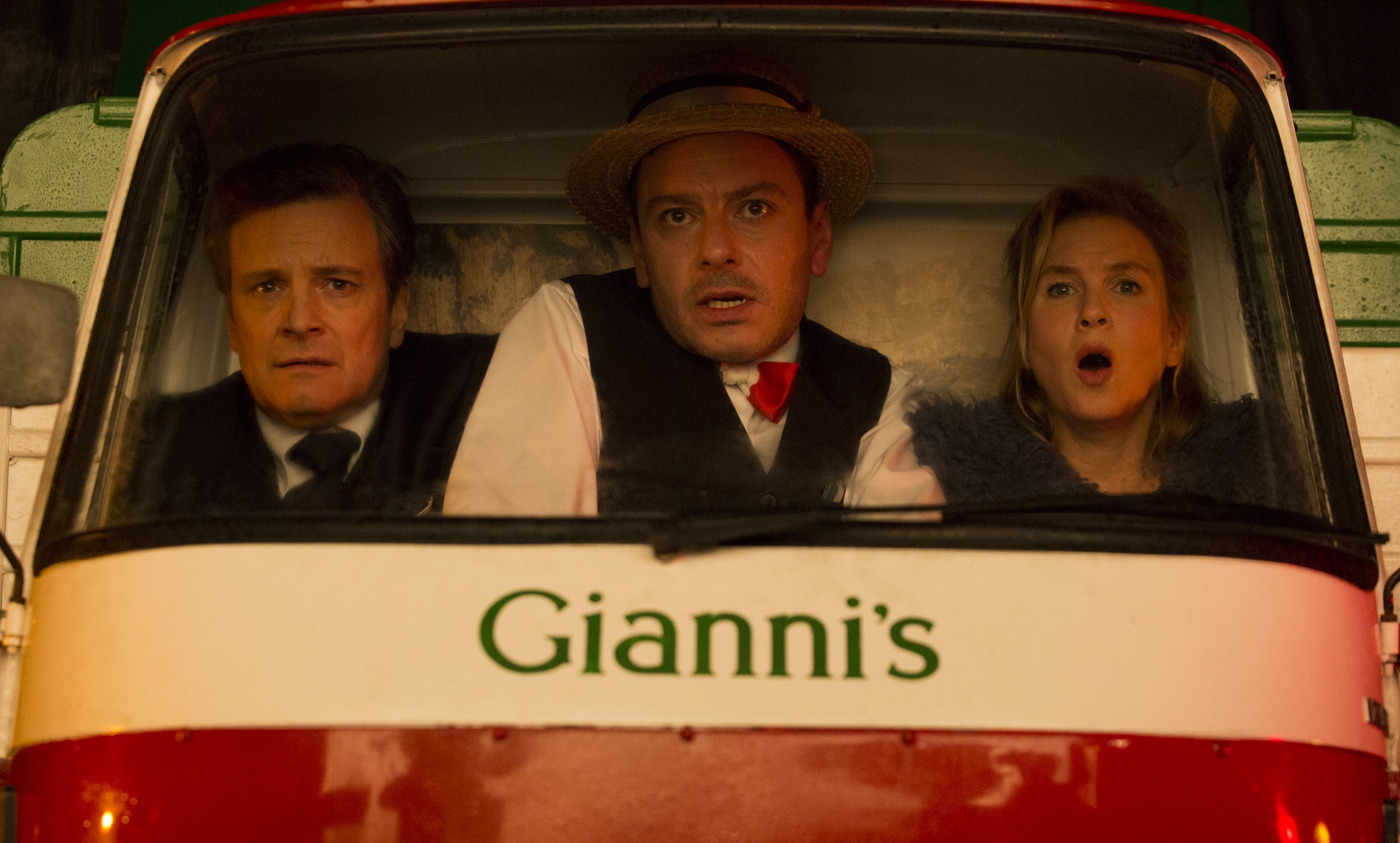 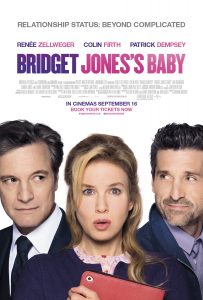 Part three of a saga opens in cinemas this week for the second time in a fortnight.   This time, it’s one that started in 2001 with the film version of best-seller ‘Bridget Jones’s Diary’.  And, like ‘Brotherhood’ at the start of the month, it has plenty that’s comfortingly familiar.  The original director, Sharon Macguire, is back and author Helen Fielding continues to have a hand in the screenplay.  Much of the cast returns as well, so people who saw the first two – and read the books as well – are bound to flock to their local flix to see how their favourite singleton is getting on in her 40s.

It’s a film that does what it says on the title and the poster.  Now a producer for a TV news channel, Bridget is fed up of spending her birthdays on her own so she and colleague, presenter Miranda (Sarah Solemani), spend the weekend at a muddy music festival.  Bridget meets the charming Jack (Patrick Dempsey) and they end up spending the night together.  Back home, she goes to the christening of Jude’s (Shirley Henderson) latest offspring and runs into old flame, Mark Darcy (Colin Firth).  He’s recently separated from his wife and, lo and behold, he and Bridget end up spending the night together as well.  A few weeks later she discovers she’s pregnant.  But which one’s the dad?

One favourite from the other films doesn’t make a return visit, and that’s those famous big pants – yet surely this is the episode where Bridget would need generously fitting garments, both under and over?  They don’t even merit a cameo.  In fact, given that Bridget works in television, it’s a surprisingly celebrity cameo free film, the only one going to Ed Sheeran.  Technology has moved on since the previous episode, so now her famous diary is tapped out on her iPad, even though the young turks trying to take over the TV channel view her as lagging well behind the times.

New faces include the scene-stealing Emma Thompson as the doctor who looks after Bridget during her pregnancy and delivers the baby.  She is utterly priceless, is given some of the best lines in the film and milks them dry.  When the baby is born, there needs to be a DNA test to determine the father.  Or, as Thompson puts it, it’s rather like being on X Factor.  “Dial 1 if you want it to be Jack.  Dial 2 if you want it to be Mark.”

Much of the humour still comes from the familiar and the comfortable.   Jim Broadbent as Bridget’s loveable and long-suffering dad and, even better, Gemma Jones as her politically ambitious mother.  A wannabe Thatcher, aiming to be elected onto the local council, she dresses just like the leaderene and, when she learns Bridget has gone into labour, announces to her team that “we have just heard that we are about to become a grandmother.”  Predictable, yes, but all the better for it.

Yet those two performances highlight the film’s unexpected weakness.  Zellweger herself.  She’s ever so slightly stiff, awkward and doesn’t give the impression of taking any pleasure at being in the film.  No wonder, then, that she’s completely upstaged by Thompson and Jones, who are a real pleasure to watch.  Thompson, especially, attacks her role with brio and looks like she’s having a ball.  Zellweger simply doesn’t.

‘Bridget Jones’s Baby’ is funny, frothy and definitely one for the fans, who will no doubt make it a big box office hit.  It’s a good Friday night giggle.  Nothing more, nothing less.