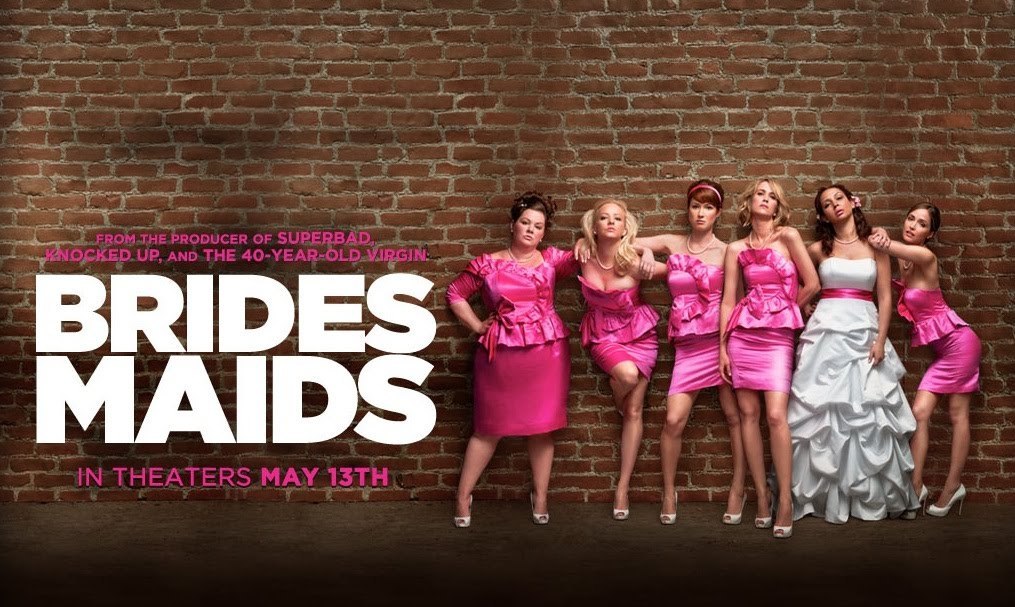 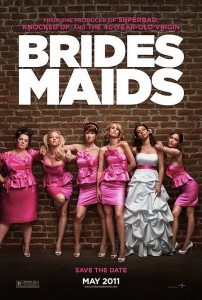 Kristen Wiig plays Annie who is chosen to be maid of honor for her best friend. Annie hasn’t got much going for her – no boyfriend, lackluster job, no money and living with two odd (but amusing) British roommates. Dealing with lives problems and being maid of honor is not a great combination. As you might of guessed not everything goes to plan.

It’s not your normal ‘chick flick’; it gives us a crude but hilarious look at women in situations that audiences can relate to. It’s a realistic but somewhat predictable approach with friendship, personal relationships and professional lives touched upon here. ‘Bridesmaids’ is not all about just being funny; the film has heart. It’s a journey for the woman, a learning curve for finding out who they are and what they want in life. The end of the second and the third act gets a little sentimental but overall the comedy and drama is well balanced.

‘Bridesmaids’ has assembled a great cast of naturally funny actors. Kristen Wiig is the stand out here; she is absolutely brilliant! Her comical timing is spot on, it’s refreshing to see a woman who is natural funny and her delivery isn’t forced. The supporting cast is just as good, Melissa McCarthy being one of them. She plays Megan, the grooms sister, who is a butch woman who comes across tough but she is a caring person. Her dialogue is witty and she overshadows the other characters that appear along side her. Rose Byrne who plays Helen (Annie’s rival) and Maya Rudolph (the bride) get their moments but co-stars Ellie Kemper and Wendi McLendon-Covey get left behind. They could have interacted more but they didn’t seem of great importance. However they all have great chemistry and it shows.

Director Paul Feig and Kristen Wiig, who co-wrote, work well together to create a slick looking and generally funny film. The story may follow a familiar format and sometimes comes close to sticking with the usual clichés but with clever writing and likeable characters you are guaranteed a good time. It’s good to see a female driven comedy that appeals to both sexes. Might even say it’s better than ‘The Hangover’…sorry lads.