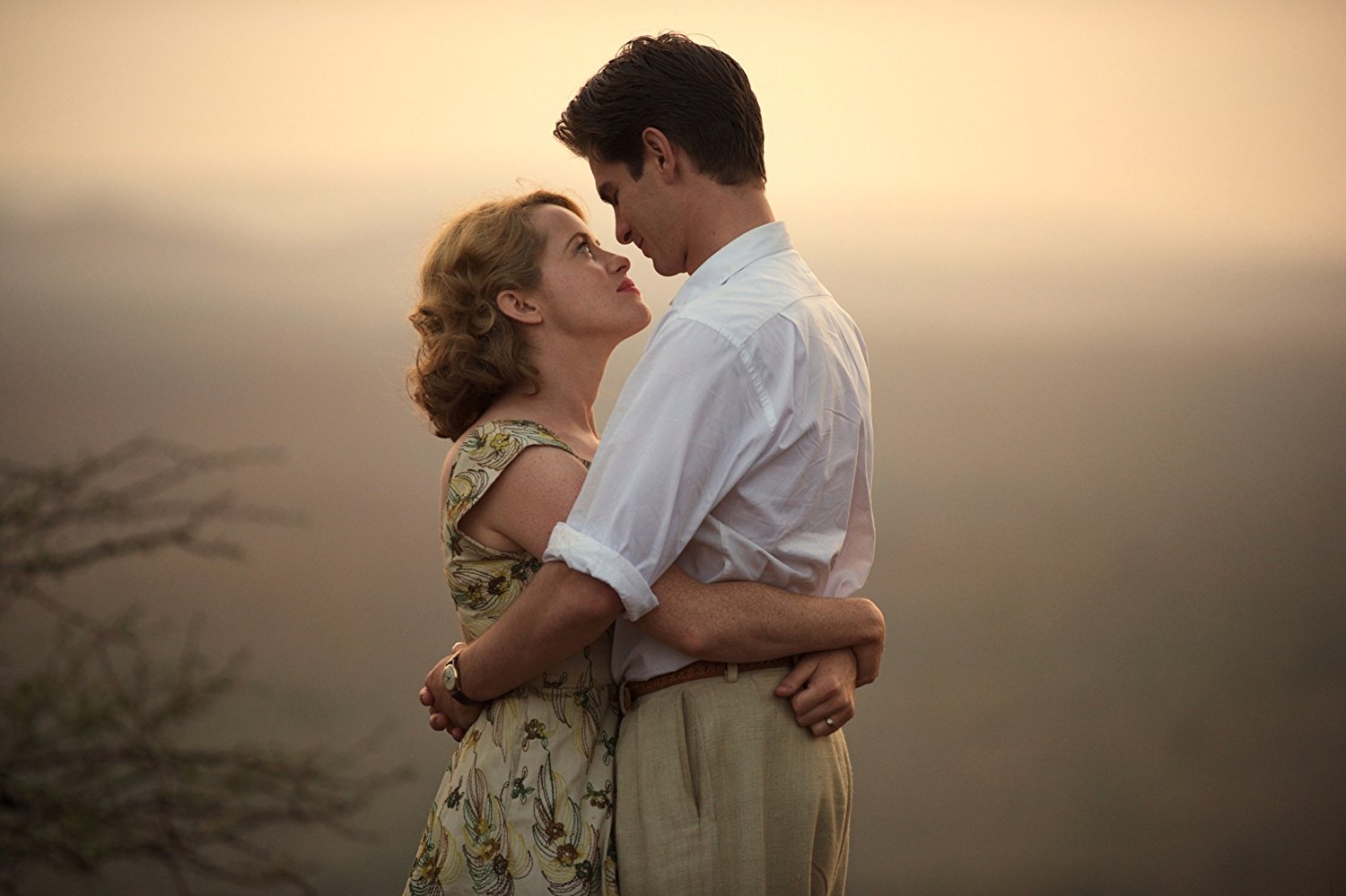 A craftsman of compelling creatures such as Gollum in Lord Of The Rings and Caesar in the ‘Apes trilogy. Andy Serkis has had a remarkable knack of instilling an abundance of raw emotion into these characters, as we the audience have become immersed in these worlds of wonder.

Now behind the camera with a directorial debut bestowed the honour of opening this year’s London Film Festival. He looks to do justice to the remarkable true story of Robin and Diana Cavendish, parents of the film’s producer Jonathan Cavendish, whose collective strength looked to stave off a debilitating disease.

Initially warned by his fellow cricket lovers to avoid her infamous heartbreaking ways, the defiance of Robin (Andrew Garfield) to talk to the elegant Diana (Claire Foy) speaks volumes of their enduring relationship. Neither too fond of playing by the rules, the tragic circumstances that suddenly engulf their blossoming romance threaten to restrict them, as he is struck down by polio at the age of 28.

Confined to a bed. Tubes attached. Weeks to live. Yet Robin’s tenacity, to make a mockery of the diagnosis whilst escaping the cold, detached aesthetic of a hospital ward is searing.

Surrounded by colourful family members Bloggs/David Blacker (Tom Hollander on double duty) and inventive friends like Hugh Bonneville’s Teddy Hall, as he is powered by a motorised respirator to aid his breathing. Robin and Diana tread an unlikely adventurous path, as they look to broaden minds and improve the lives of fellow sufferers worldwide.

Beginning in the majestic, lush scenery of 1950’s Nairobi which is lovingly captured by Serkis, the somewhat mawkish tone coupled  with abrupt cutting of certain scenes does make for a shaky start, seemingly too eager to reach the crux of its story.

However. Once deep into the plight of its protagonists, effectively touching upon euthanasia along with the integration and treatment of the disabled in society. The film strikes an assured balance between rousing optimism through the welcome wit that coerces through its narrative vein and poignant tragedy, epitomised by its exemplary central performances.

Brimming with sincerity and quiet determination, Claire Foy is riveting as Diana, as she simultaneously does her utmost to keep Robin away from the clutches of depression and raise their son. Capping off a stellar year for the actor. Andrew Garfield is nothing short of outstanding in the role of Robin, whose subtle facial tics and affecting speeches will both warm and break your heart.

With its severe subject matter. ‘Breathe’ may not necessarily be the ideal project to truly give its director the licence, to create the distinctive vision he’s more than capable of doing.

Yet delivered to the screen with real warmth and tenderness, ‘Breathe’ proves Andy Serkis is just as assured in making your heart swell with human characters as he is with his motion-capture mastery. A wonderful watch.

Related Topics:Andrew GarfieldBreatheClaire Foy
Up Next