‘A little rough around the edges. But good.’

The words of Emilia Clarke’s ‘Qi’Ra towards our main character and perhaps the right words to sum up how we’ve felt about the footage from ‘Solo: A Star Wars Story’ so far.

After a difficult beginning in the hands of Phil Lord and Christopher Miller who left the project in June last year, it was up to the consistently reliable Ron Howard to steady the ship.

With its 24th May UK release looming. We’ve been treated to a new trailer today thanks to Disney and Lucasfilm, as Woody Harrelson’s Beckett looks to put together a crew including Alden Ehrenreich’s Han Solo and Donald Glover’s Lando Calrissian, for a job involving Paul Bettany’s big shot gangster Dryden Vos.

Check it out below… 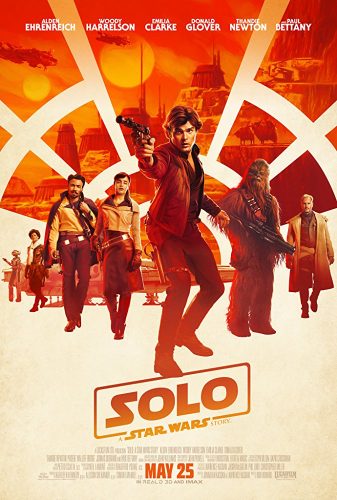