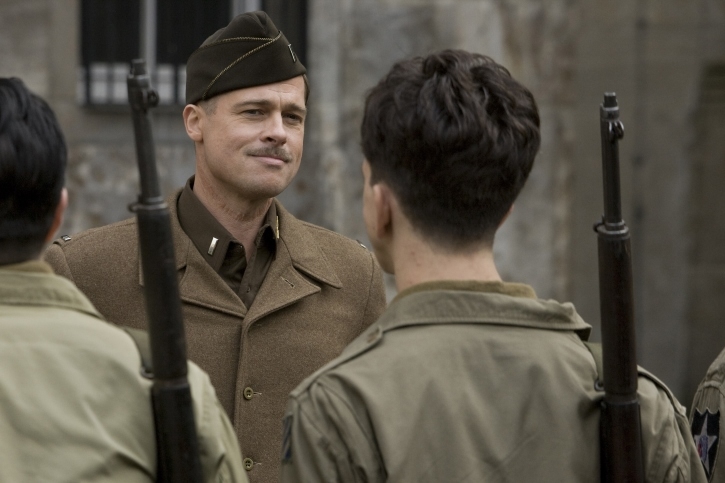 He was taking scalps as Lieutenant Aldo Raine in ‘Inglourious Basterds’, a blood-soaked alternate take on World War II.

Now Brad Pitt is set to get lost in another infamous story for Quentin Tarantino, as he has been confirmed for his ninth film ‘Once Upon A Time In Hollywood’.

Set at the ‘height of hippy Hollywood’ according to Tarantino. Pitt will be playing stunt double Cliff Booth, alongside Leonardo DiCaprio’s fallen Western TV star Rick Dalton, who is also no stranger to Quentin after his glorious villainy in Django Unchained.

Both will be struggling to thrive in an LA landscape they barely recognise, only to discover their next-door neighbour is none other than Sharon Tate, with I, Tonya’s Margot Robbie heavily rumoured to be playing the role. Tate along with four of her friends by members of Charles Manson’s cult were murdered back in 1969.

A project now backed by Sony Pictures in the wake of the controversy, that has surrounded disgraced figure Harvey Weinstein and The Weinstein Company. Tarantino stated:

‘I’ve been working on this script for five years, as well as living in Los Angeles County most of my life, including in 1969, when i was seven years old. I’m very excited to tell this story of an L.A and Hollywood that don’t exist anymore. And i couldn’t be happier about the dynamic teaming of DiCaprio and Pitt as Rick and Cliff’.