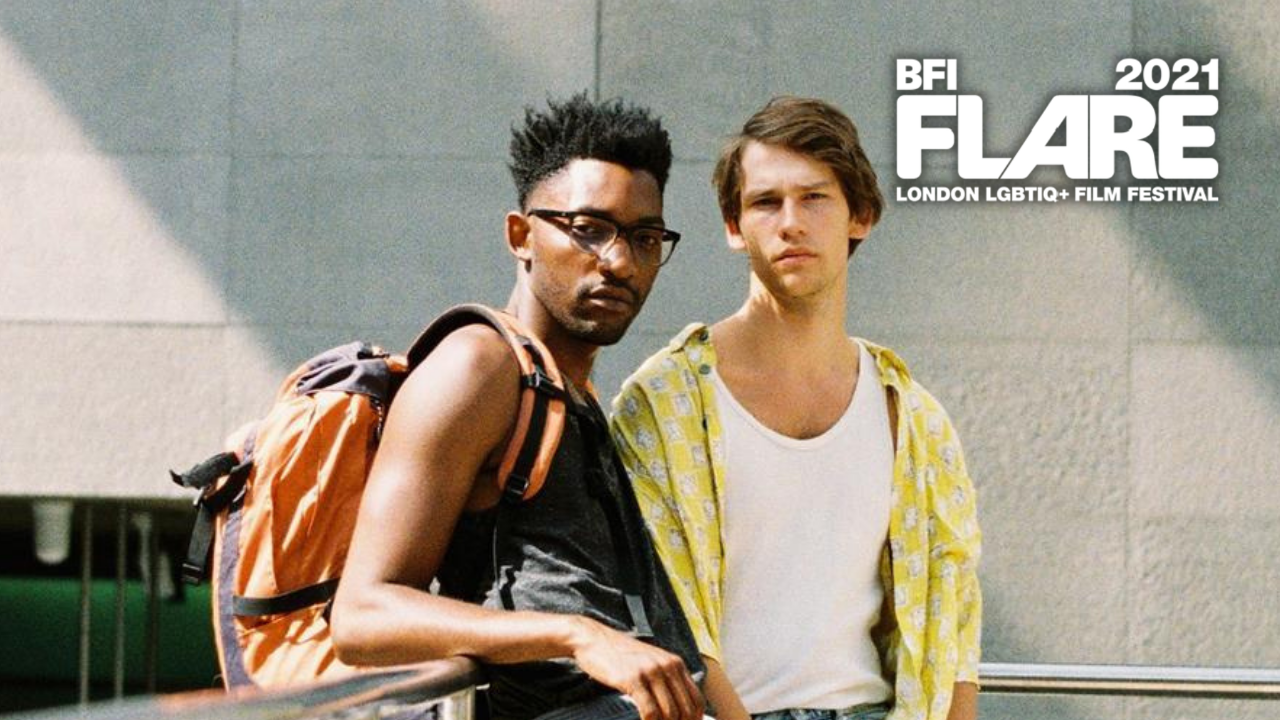 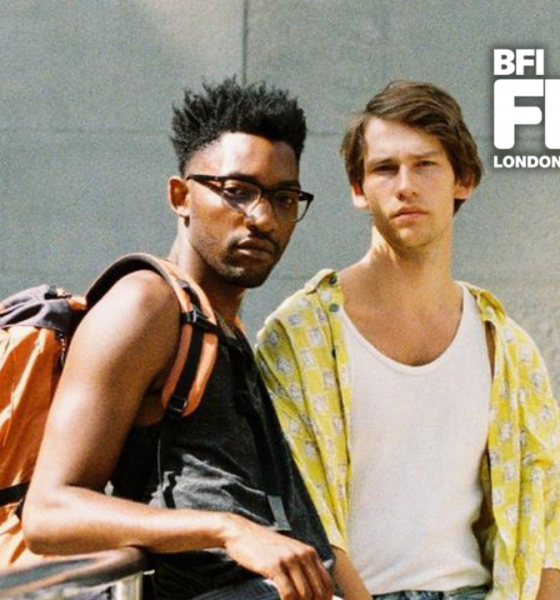 Oh, the appeal of being lost in exhilarating anthemic sounds. Tiny beads of sweat trickling down your forehead. Fighting for space as you dance the night away, leaving just enough room to hopefully clock an attractive stranger on the dancefloor, who makes your heart soar whilst the beats drop.

In reality, that prospect temporarily remains shut for many of us. For now, we’ll have to live this feverish fantasy through the brief encounter between Matthew James Morrison and Alexandros Koutsoulis in this sun-soaked Berlin-based love story that undoubtedly taps into that current craving for freedom to roam around as you please.

Now for the heterosexuals watching this. The introduction of Harry (Morrison) bent over on a bed in a swanky hotel room, sending a picture of his bare ass to potential hook-ups might be quite the eye-opener.  For us in the queer community, it’s relatively tame in a world where sex is on tap to those addicted to the Grindr’s and Scruff’s we’ve become so familiar with. The film verging on the brutal in how fleeting these scenarios can be as a guy throws his clothes back on, with Harry still messaging away without a hint of acknowledgement. Elsewhere, Johannes (Koutsoulis) is scrambling to find his wallet in a trendy nightclub, perhaps a metaphor for the priceless experience he’s clamouring for from the scene.

Crossing paths and engaging in a tender kiss together in such euphoric confines. It quickly dawns on Harry the next morning, which happens to be the final day of his trip, that there may be a stronger connection with Harry than he remotely anticipated. The basic necessity of needing his boarding pass printed sets them up to meander through the sights at their own pace, a stark contrast to being slaves to the rhythm of the dizzying night before, leaving them grappling with the hard truths of their differing opinions on same-sex relationships.

The continuous takes laced with naturalistic dialogue. The bike ride bonding as they pass the high rises of the city. ‘Boy Meets Boy’ has echoes of personal favourites like Richard Linklater’s Before Trilogy and Andrew Haigh’s Weekend, with director Daniel Sanchez Lopez admirably doing his utmost to modernise and create its own distinctive space within such a genre. Tailoring it for the queer experience with the more trivial discussions of what gay men are normally labelled with appreciating (look out Eurovision and Barbra Streisand!), slowly heightening the emotions with how we prefer to receive love and intimacy, whether it be merely accepting a one-off with a different guy consistently or striving for the seemingly dying appeal of monogamy.

In these arresting moments, you’re completely locked in. But the second the script sidesteps into loftier topics like politics and religion, it sadly loses much of its lustre with the performances at its centre becoming more self-conscious and less authentic. On a more positive note, there’s real craft from Lopez in accentuating his two leads’ sensuality, with the stifling intimate close-ups entangled in the summer haze of Berlin gorgeous, none more so than an initially reluctant gentle sway together in the park. Coupled with the strong efforts of Matthew James Morrison and Alexandros Koutsoulis, whose genuine on-screen chemistry certainly aids the film in powering through its narrative stumbles

Boasting plenty of promise for the respective careers of those involved going forward. Boy Meets Boy is a sporadically stunning, most fleeting affair that, unfortunately, like many of the men on those gay dating apps. Once you reach the climax, it doesn’t quite possess that staying power to play on your mind.