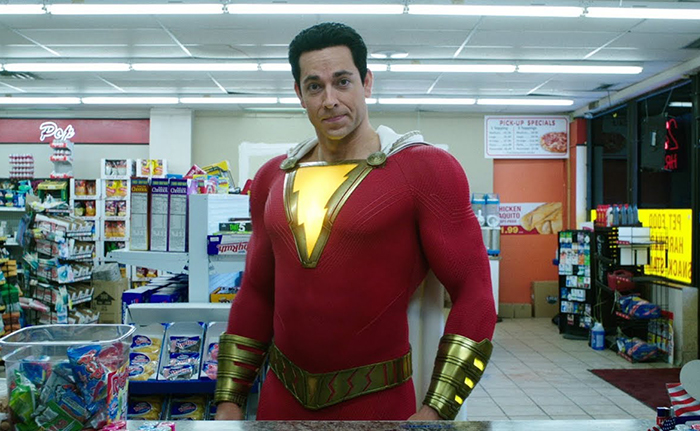 Warner Bros.’ superheroic slice of joy Shazam! has fended off limp competition to retain the box office top spot in its second weekend, as Bohemian Rhapsody passes another milestone.

Those numbers were more than enough to keep the feature at the No. 1 spot, despite a decent showing from Disney and Tim Burton’s Dumbo ($9.1 million domestic, $22 million overseas). Shazam! also saw off a pathetic $22 million combined global haul from newcomer comic-adaptation Hellboy, which now looks all but guaranteed to flop hard. Pet Sematary fared slightly better (a reasonable $10 million : $12 million split for its second weekend) for a total gross of $50 million on a $21 million budget, making the Stephen King-adaptation solidly profitable. Finally, domestic newcomer Little (a spin on Tom Hanks’ Big, in reverse) took in $15 million on a $20 million budget.

Meanwhile, the Queen and Freddie Mercury-based picture Bohemian Rhapsody passed yet another historic figure, cementing itself as the highest-grossing music biopic of all time; with a worldwide gross of $901 million.

Everything You Need To Know About Disney+: Marvel, Star Wars, Pricing And More