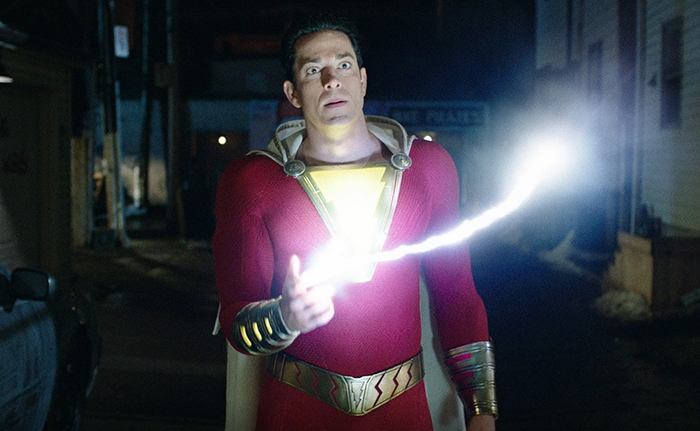 Warner Bros.’ latest foray into their DC Extended Universe franchise, Shazam!, has had a tremendous debut weekend at the international box office.

The comic book flick scored $56 million domestically, overshooting conservative estimations by a fair margin – having been predicted to earn between $40 million and $45 million. $56 million is still restrained when compared to other recent superhero flicks such as Ant-Man & The Wasp ($75 million), Captain Marvel ($153 million), and Aquaman ($67 million), but given that even Aquaman took a $67 million start and propelled itself via positive word of mouth to an over $1 billion global total, there’s more than a dash of hope.

It’s also important to note just how much cheaper Shazam! was, in terms of its production budget, compared to contemporary features. Whereas both Ant-Man & The Wasp and Captain Marvel came with hefty price tags of $150-160 million each, and Aquaman cost between $160-$200 million, Shazam! had a budget of just $80 million. The latter film also has the strongest critical reception of the group (Rotten Tomatoes scores for the other three range between 65% and 88%, whereas Shazam! presently sits at a 92% ‘Certified Fresh’), boding well for the film’s long-term health.

Internationally, Shazam! closed the weekend with a further $102 million, bringing the flick’s global cume to a cool $158 million. If the film can sustain this momentum heading forwards, WB could be looking at another big earner in the DCEU.

Shazam! tells the tale of young orphan Billy Batson (Asher Angel), who is gifted magical powers by an ancient wizard (Djimon Hounsou) and granted the ability to turn into an adult superhero (Zachary Levi) by saying the word “Shazam!”. It is in UK cinemas now, rated 12A.

Shazam! Expected To Topple Dumbo At The UK Box Office This Weekend