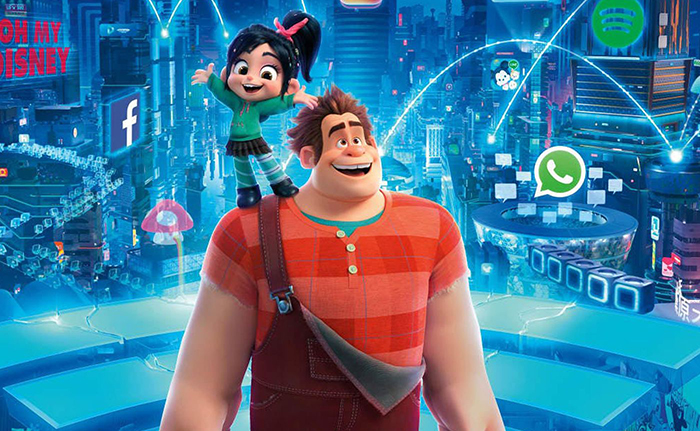 Ralph Breaks the Internet successfully took home the gold this weekend, scoring an impressive $84.6 million domestically across its five-day debut – well on par with insider estimations.

Disney’s animated sequel now holds the second-highest grossing opening ever for America’s Thanksgiving Day weekend, behind only the global mega-success of 2013’s Frozen ($93.6 million). However, Ralph Breaks the Internet is saddled with a significant $175 million price tag (prior to marketing costs), so it’s still facing at least another two solid weeks at the international box office before it turns a profit.

JK Rowling’s Fantastic Beasts: The Crimes of Grindelwald had yet another magical weekend, with the prequel/sequel now making its way past the $400 million mark internationally – with a stellar $439.7 million total. Poor word-of-mouth is starting to harm the flick’s fiscal chances, however, with a significant drop-off expected across the coming week.

Meanwhile, Sony’s Venom finally did what it had been threatening to do for about a week now, crossing the $800 million milestone worldwide. Those numbers make it – inexplicably – the second-highest opening for a superhero origin movie of all time, behind only Black Panther. The feature, which stars Tom Hardy as Eddie Brock – a reporter who becomes host to an alien parasite – currently holds a global total of $822.5 million. The film’s international success this weekend is largely the fault of China, where the feature has amassed $242.9 million – even passing the MCU-adjacent movie’s North American haul of $211 million.

Ralph Breaks the Internet is due for release in the UK on the 30th of November.