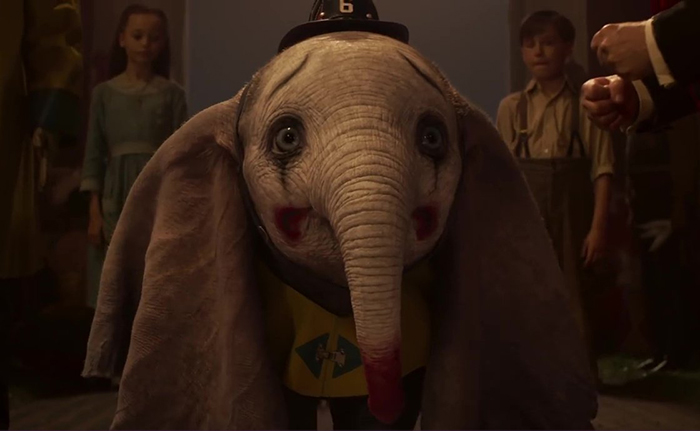 Disney and director Tim Burton’s live-action adaptation of the animated classic Dumbo has landed with a bit of a thud this weekend, underperforming at the box office.

Domestically, the flick pulled in a somewhat-less-than-overwhelming $45 million – the lowest opening of any of the live-action Disney remakes so far, and significantly lacking when compared to the likes of Beauty and the Beast ($174 million), The Jungle Book ($103 million), and even Cinderella ($67 million).

The picture comes with a price tag on the higher-end, of $170 million. Overseas, Dumbo managed to scrabble together another $71 million, giving the flying elephant a global start of $116 million. Given that he general rule of thumb for Hollywood blockbusters is ‘2x budget = profit’, the family fantasy has a helluva long way to go, yet.

Meanwhile, in the world of family fantasy animation, How to Train Your Dragon: The Hidden World has now officially passed $500 million at the international box office, taking Hiccup, Toothless and friends’ to a staggering $1.6 billion across the franchise, and all prior to a Japanese release for the film expected late December 2019. The film is the second-highest grossing Hollywood film of the year so far, behind only Captain Marvel.

Dumbo has just four days left of no competition at the box office, until Warner Bros. unleashes the next stage of their DC Extended Universe – Shazam!, in UK cinemas from April 5th.

Related Topics:DumboHow to Train Your Dragon 3: The Hidden WorldTim Burton
Up Next

Ezra Miller Done As The Flash, Solo Movie To Recast If It Goes Ahead