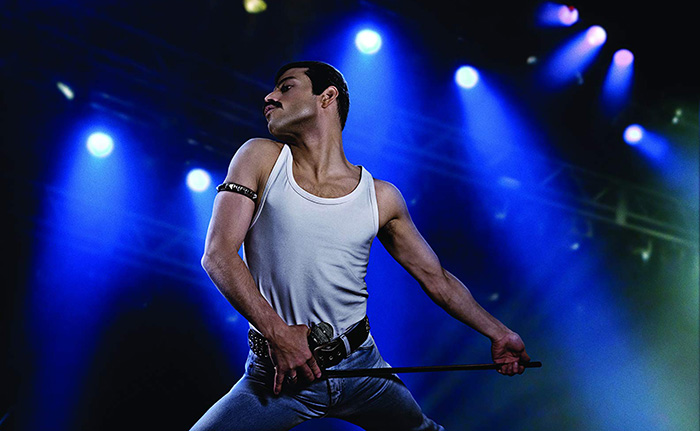 Queen rocked the box office this weekend, smashing the competition and landing firmly on top in the UK, with Freddie Mercury biopic Bohemian Rhapsody taking in $12.2 million across the country.

The flick has yet to open in the US however, with a release date of November 2nd pencilled in, and in its place Halloween slaughtered the worldwide box office once again. The horror rebootquel drew in a further $32 million domestically and $25.6 million internationally, and those hearty figures make for a worldwide total of $172 million globally.

Meanwhile, A Star is Born scored a symphonic $14.1 million domestically, for second place at the US box office, whilst also earning a respectable $17.6 across international markets and passing the $250 million mark total.

This weekend’s features will have another week practically unencumbered, with a virtually empty release schedule on the horizon, aside from low-budget British horror-comedy Slaughterhouse Rulez – starring Michael Sheen, Simon Pegg and Nick Frost –  which opens on the 31st of October, whilst Bohemian Rhapsody goes wide across the world.