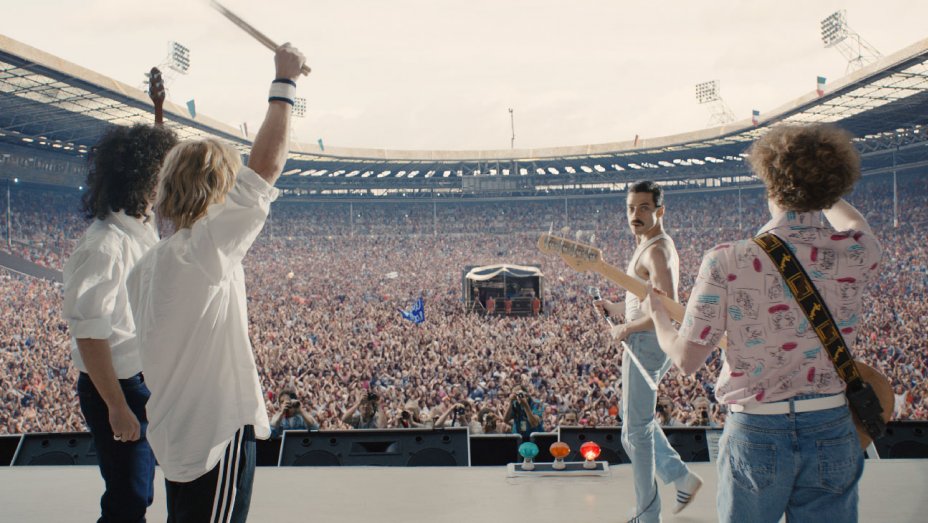 Bohemian Rhapsody, the upcoming biopic about the rise of the rock band Queen and its legendary lead singer Freddie Mercury, is to world premiere at – almost – the same venue as arguably their most famous live performance.

The film — starring Rami Malek as Mercury — will screen Oct. 23 at London’s SEE Arena, Wembley, part of the same complex as Wembley Stadium where Queen played in front of 72,000 people for the 1985’s Live Aid concert, once voted the greatest live show of all time by a large selection of musicians and critics.

Twentieth Century Fox and Regency Enterprises announced the news Monday, adding that the premiere, which will be open to the public, will benefit Mercury Phoenix Trust, the organization founded in Freddie’s name that supports HIV/AIDS initiatives globally.

Check out the impressive trailer here

“We’re delighted to be at The SSE Arena, Wembley giving Queen fans the chance to share in what is going to be a fantastic event,” said Fox’s managing director U.K. Chris Green. “The venue is perfect for showcasing the show-stopping performances in the film.”

Although Dexter Fletcher completed filming for Bohemian Rhapsody after original director Bryan Singer was fired, Singer will get the directing credit on the film. The movie is produced by Graham King.

In the latest trailer released by 20th Century Fox. We get greater interplay between the band members Brian May (Gwilym Lee), Roger Taylor (Ben Hardy) and John Deacon (Joseph Mazello) as they look to experiment with their sound in a desperate bid to get radio airplay, whilst touching on the darker moments of Mercury’s career with the media hounding him about his sexuality.

The film is set for general release on 24th October 2018

First Clip Revealed for ‘The Hate U Give’