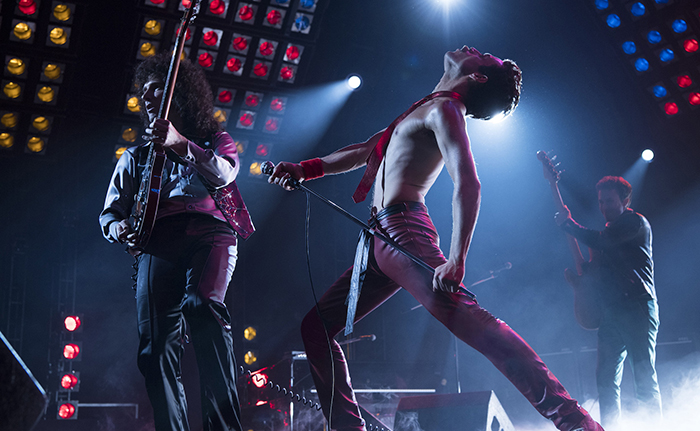 Musical biopic Bohemian Rhapsody had a big opening this weekend. Freddie would be proud.

The Queen feature, which stars Rami Malek (Mr. Robot) as the band’s beloved charismatic lead, took in a staggering $122.5 million in its opening weekend; outperforming domestic expectations to score $50 million in the States alone, making it the second-highest US opening for a musical biopic of all time (behind only 2015’s N.W.A. flick Straight Outta Compton, which garnered $60 million on its release).

Bohemian Rhapsody fended off competition from Disney’s family fantasy The Nutcracker and the Four Realms, which landed with an almighty thud, only pulling in $20 million across the pond – ironic given that Rhapsody will be one of the last 20th Century Fox features to be released prior to the finalisation of the two companies’ merger.

In total, with last week’s early UK release of the film, the Freddie Mercury biopic currently sits at an impressive $141.7 million, on a budget of just $50 million.

The film’s prospects had been shaky for a moment there, as early reviews seemed to have done some harm to the feature’s chances – critics unilaterally praised Malek’s performance (which is already garnering Oscar buzz) but were more lukewarm on the rest of the picture. In a statement to press, Fox’s head of domestic distribution Chris Aronson said: “I’m not surprised there’s a disconnect, but audiences didn’t miss it. That’s the power of word of mouth — and Queen and their music.”

Disney, however, were considerably less candid about Nutcracker’s debut, with the House of Mouse’s president of domestic distribution Cathleen Taff saying: “Obviously, it’s not the start we were looking for, but it’s a great family friendly option. Sometimes it doesn’t connect as broadly as we want it to.”

Bohemian Rhapsody and The Nutcracker and the Four Realms are both in UK cinemas now, rated 12A and PG respectively.