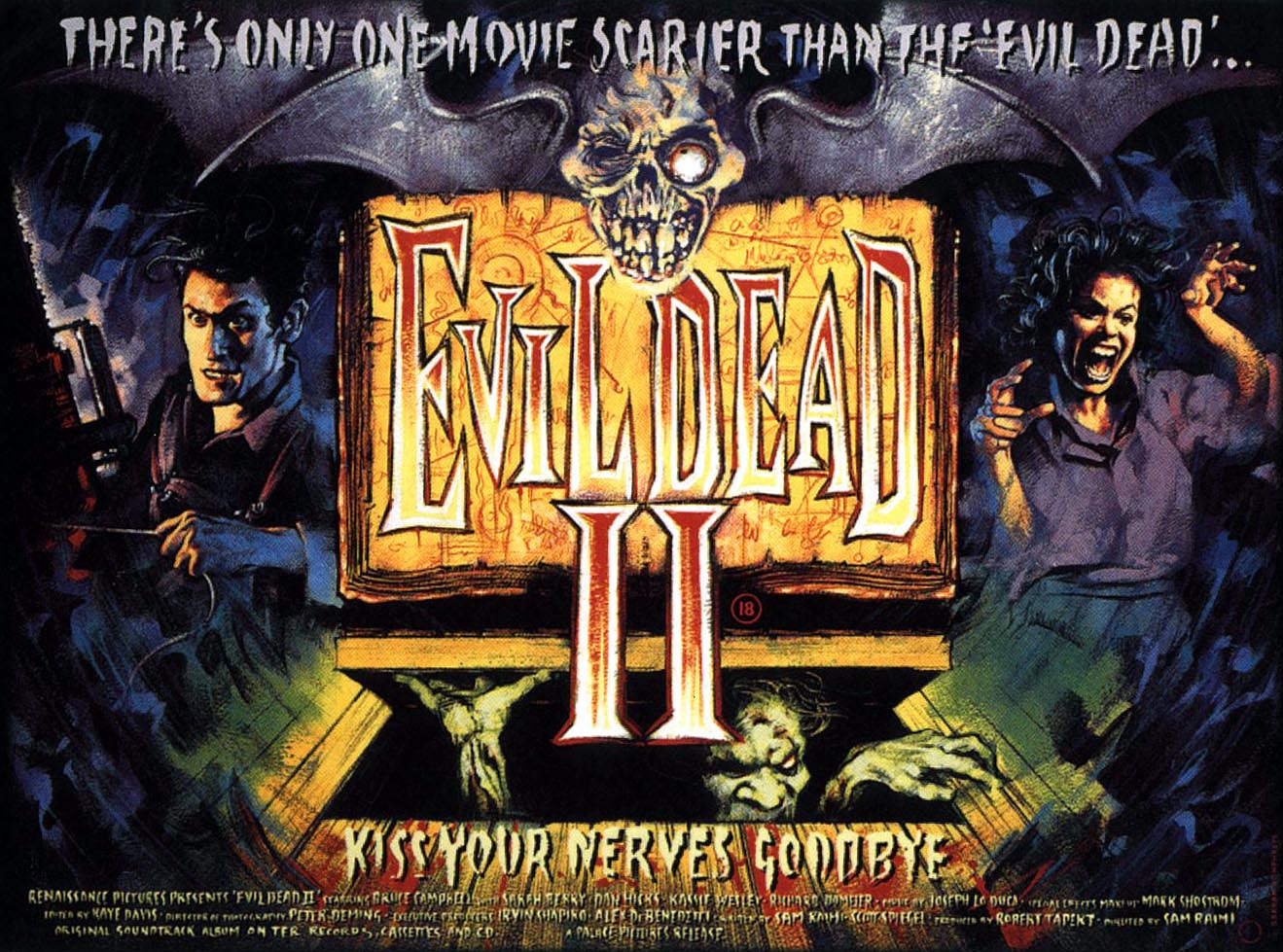 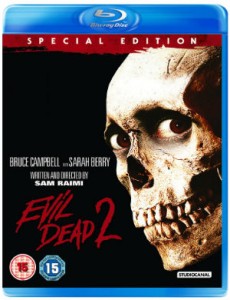 Launched to coincide with the release of the remake of the original Evil Dead, Sam Raimi’s Evil Dead 2 finally gets the special Blu Ray upgrade that fans have been waiting for. Using an almost identical premise to Evil Dead, the classic gore-filled, blood splattered movie shows us the battle that Ash (played by the b-movie legend Bruce Campbell) has against the monstrous evil that is unleashed from the book of the dead. Ash takes his girlfriend (played by Denise Bixler) to a secluded cabin in the woods, where he plays back a recording of a recitation from said book. Joined by four visitors, he soon finds himself fighting literally single-handedly against this seemingly unstoppable force.

I shall be honest; I have never seen this film. I have seen a lot of horror films but for some reason I never saw this. I know that many of you probably have and as a result I expect that you may be thinking “I remember the first time I saw it.” If this is this case, then I now know how enjoyable that first experience was of watching this classic. It has everything I like about 80’s gore-fest horrors; over the top amounts of blood, low-budget effects and some great laugh-out-loud moments. I also liked the bizarre camera angles and distortion techniques that Raimi employed; in addition I thought the “view from the beast” angle was excellent.

Even though it has cult status, does this new release warrant purchasing? Well I think it probably does. Although the HD transfer clearly improves picture quality in some places, in others it does look quite grainy. However, it is the inclusion of new extras to this release, in addition to those previously available that will cause your hand to seemingly gain life of its own and take the disc to the counter! A “making-of” feature called “Swallowed Souls” is joined by a behind the scenes piece called “Cabin Fever” and the “Road to Wadesboro”-a visit to the shooting location of the film.

Amongst the highlights of these extras we see Campbell throwing himself around with a good commentary by Raimi, co-writer Scott Spiegel, make-up artist Greg Nicotero and Campbell himself. These are joined by a selection of stills and “Gore the Merrier,” a piece with Nicotero and his team talking about those copious volumes of blood and ooze. A classic film, with a good selection of extras makes this disc a worthwhile purchase.