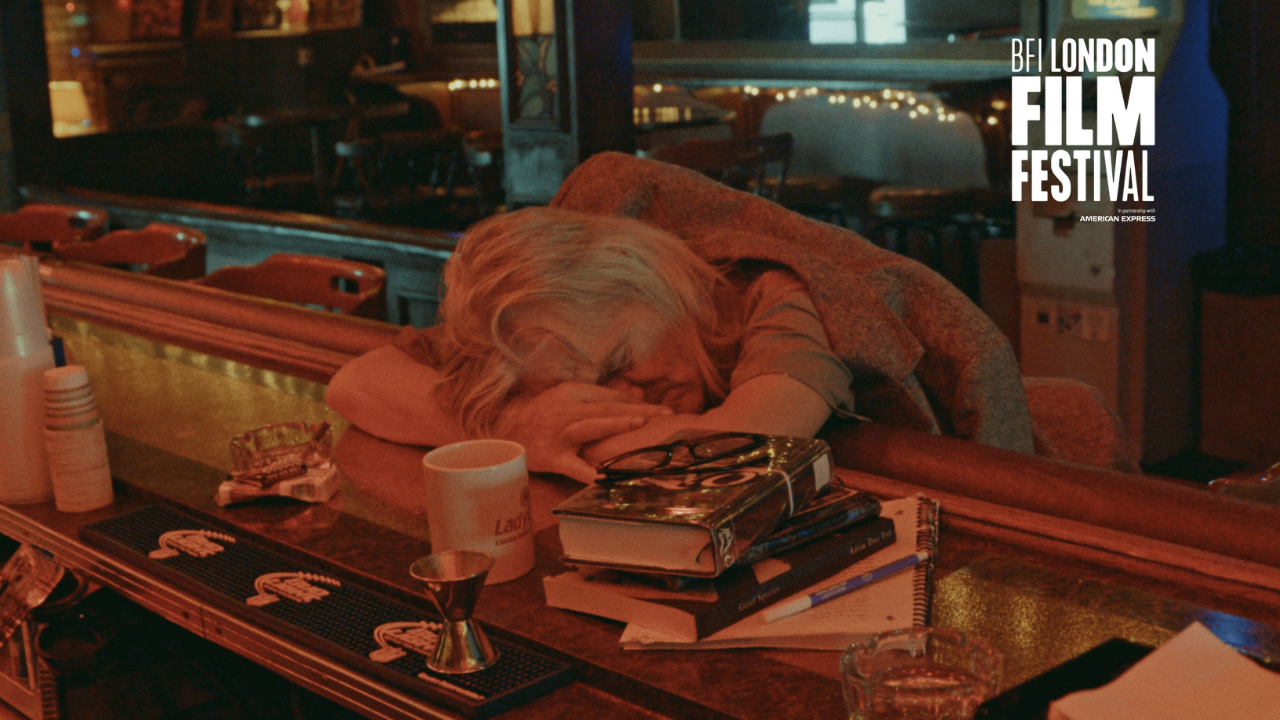 A Sundance hit and a winner of the Best Director award in the 2020 Champs-Élysées Film Festival, the directors Bill and Turner Ross are renowned for their observational filming of the lives of ordinary people, which is replicated in Bloody Nose, Empty Pockets. At times, the film resembles an amateur student film with its shaky handheld camera work and the odd glimpse of one of the directors across the bar in the mirror. The directors very often position that camera in the direction of one of the many TVs in the bar. As such, the audience is fully immersed within this drunken, melancholic microcosm.

Bloody Nose, Empty Pockets from time to time provides that sensation that the regulars are viewing us as they individually enter into the bar over the day and face the direction of the TV. As such, we too, feel like a regular within the closing party being introduced to the soon to be familiar faces of Michael, Pam and others. It is a compelling but unnerving effect in this exercise in voyeurism.

The political backdrop further adds to the melancholic sensations encountered throughout Bloody Nose, Empty Pockets as it is the eve of the 2016 US presidential election and so some of the drink-fuelled conversations actually make sense. Other discussions are of that nonsensical type that only seem interesting when you are part of the drunken crowd and are no fun watching when you are sober. Therefore, Bloody Nose, Empty Pockets is likely to be best enjoyed with a glass of wine nearby to be able to appreciate the merriment of the final hours of The Roaring 20s fully.

Inevitably, there are tears of joy and sadness on display as drunken conversations descend into that emotional moment where suddenly everyone is someone to love, dance with and hug for the night. Observing this may be uncomfortable and cause some introspection with the audience questioning their own antics whilst drinking. At least in those moments most of us can be secure in the knowledge that there is not a documentary filmmaker on-site filming such activities which makes Bloody Nose, Empty Pockets captivating to watch.

Bloody Nose, Empty Pockets, therefore, presents that bittersweet outlook as several patrons reveal that the other regulars and the bar staff are considered to be their ‘family’. It is equally fascinating to discover the unfulfilled dreams of regulars such as Michael, an ageing former actor, who admittedly once had a career but is now merely drinking in the bar. His counsel to the younger regulars, is quite poignant to witness, as he advises them not to follow his pathway and to achieve their dreams.

Hope, aspirations, disappointment and regret float through the bar over the course of the day, with a good soundtrack, and some regulars are even observed sleeping on the couch and shaving within the bar’s toilets. Bloody Nose, Empty Pockets effectively depicts that sensation of The Roaring 20s providing that stability for some of the regulars as that anchor and a ‘home away from home’. The film may seem intrusive but given that it is quasi-fiction with non-professional actors, Bloody Nose, Empty Pockets is a riveting watch. The film embodies a sense of community as the regulars comprise a cross-section of society, young and old, attracted by the red lights within The Roaring 20s and its sanctuary. As a microcosm within a constructed social experiment, the dynamics remain gripping and the Ross brothers have effectively conveyed the beating heart of the bar and its appeal.

Bloody Nose, Empty Pockets represents a sense of nostalgia for dive bars of this nature and the communities that they fostered whilst providing a non-judgemental environment. The Ross brothers have therefore highlighted the essential and cathartic role that these establishments play for a portion of society not least as a form of escapism. It is a timely film given that many community hubs such as pubs have faced closures in recent years either due to gentrification or following the lockdown restrictions during the pandemic. As such, watching the tipsy antics of the patrons within Bloody Nose, Empty Pockets may also provoke a wistfulness within the audience due to observing the type of revelry that presently represents a bygone era.

Whilst Bloody Nose, Empty Pockets is enjoyable with an intriguing insight into the interactions of patrons within their local for that last call of drinks. The film, unfortunately, seems to run out of energy towards the end due to its length. More precision with the editing would have been preferable as Bloody Nose, Empty Pockets, due to its lengthy running time, ultimately feels like that final customer within the bar that has overstayed its welcome. As one of the chapter titles within Bloody Notes, Empty Pockets states, ‘it was fun, while it lasted’.