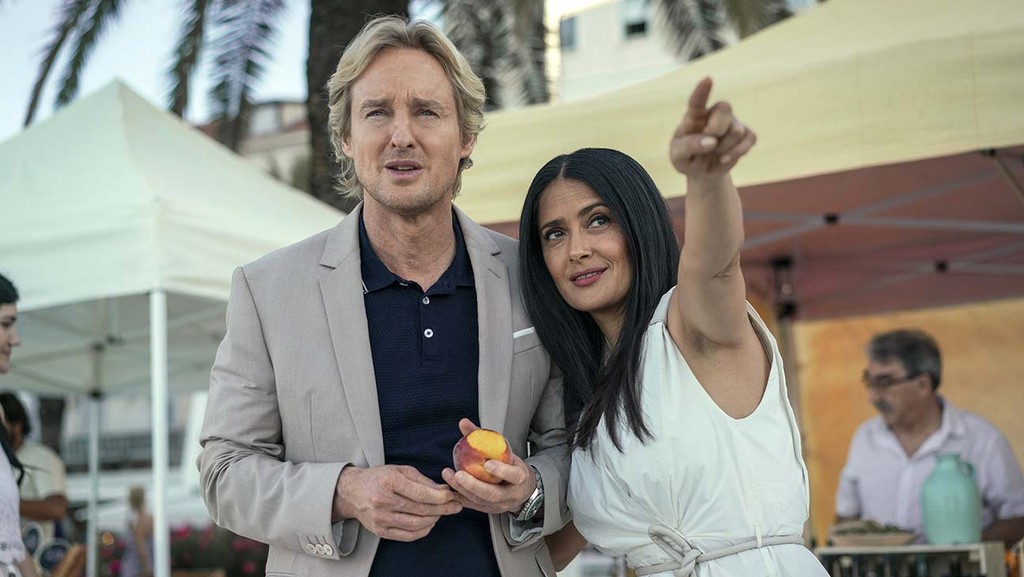 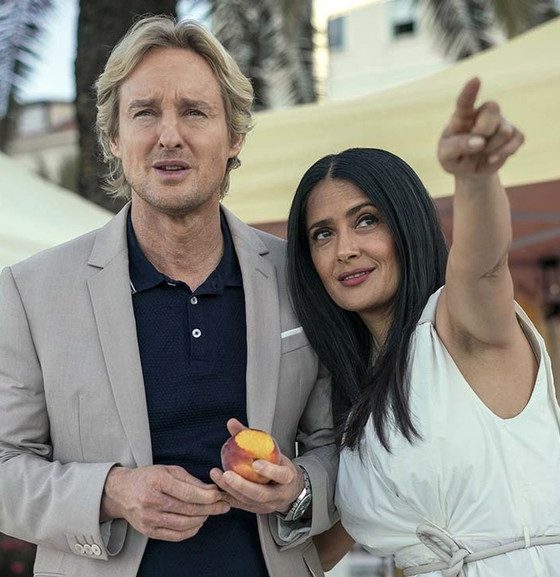 In 2011, writer-director Mike Cahill announced his arrival on the indie film scene with trippy Sundance darling Another Earth, a low-key sci-fi affair that saw Brit Marling play an accidental murderer who embarks on an affair with the widower who was left behind as the prospect of a second Earth prompts humanity to question its place in the stars. As a first feature, the originality of Cahill’s concept and the clarity of his directorial convictions marked the filmmaker as one to watch, with his unique brand of what could only be described as sad-fi offering an intimate cinematic experience that could be as emotionally challenging as it was theoretically and philosophically head-spinning.

After making a relatively solid second feature and several TV shows (The Magicians most notably), Cahill returns to our screens with Bliss, a film headed to Amazon Prime on February 5th.

Owen Wilson stars as Greg Wittle, a recently divorced advisor at IT consultancy firm Technical Difficulties whose head is almost permanently in the clouds and whose office is strewn with detailed sketches of a reality removed from his own. When Greg is fired for his lackadaisical approach to his job, a freak accident and a chance encounter with the mysterious Isabel (Salma Hayek) set the wheels in motion for what can best be described as The Adjustment Bureau meets The Matrix by way of Stranger Than Fiction.

To cut to the chase, Hayek’s oddball Isabel reveals to Greg very early on in Cahill’s film that the world as he knows it is a simulation called the ‘BrainBox’. Looping shots of passers-by earlier in the film, prominently framed posters declaring ‘Beware of the Robots’, and glitching effects both in-camera and in the film’s excellently evocative sound mix set up this notion from the get-go, but having the local crazy lady confirm our suspicions helps us get to the meat of this high concept pie fuss-free. Whilst this revelation takes Greg off guard, by the time Isabel has given him some reality-filtering pills like a Latina Morpheus, the artifice of the BrainBox world gives way to a slew of revelations.

Following a montage where Isabel and Greg recklessly romp through the ‘BrainBox’ world, the pair make their way to the real world. A pseudo-Utopia made possible by ‘Automation, Synthetic Biology, and Asteroid Mining’ as explained by the expositional device of a thought visualiser, which is exactly what it sounds like, the real world is a place where the sun shines, and the parties never have to end. But, as Greg soon has to ask himself, what is the price we pay in pursuit of perfection? And which reality is better – the one where everything is handed on a platter, or the one where we don’t know what the next moment will bring us? As Greg’s known and newly discovered realities collide, primarily through the interference of his ‘BrainBox’ daughter, he soon realises that he must choose between Isabel and his daughter, between the devil he knows and the divinity he once left behind.

Bliss is a tricky film to pin down. Whilst simulation theory is nothing new in sci-fi cinema, the way Cahill blurs the lines between the ‘BrainBox’ world and reality is never anything less than striking. Intelligent in-camera effects and unique visualisations of how realities bleed into one another offer a palpable sense of immersion in both of the worlds the director-writer has created. Musically, Will Bates contributes an inviting electro-orchestral score that befits the sombre, reflective spirit of the film perfectly. And as for the plot itself, who doesn’t love the age-old story of raging against the machine, of the everyman breaking free from the proverbial Big Brother to chase that ever-elusive thing we call truth? Though the film’s scatty internal logic may not hold up to scrutiny, it is nevertheless enigmatic enough to feel exciting. The foundations are all there for a great indie sci-fi flick, so I find myself asking why Bliss never threatens to live up to its titular promise of experiential exaltation.

The undoing of Bliss is, as much as it pains me to say it, its stars and their characters. Owen Wilson’s Greg Wittle is portrayed with such low energy and written with such little depth that he becomes a generic avatar of the beloved ‘everyman’ hero. This character archetype specifically works on the basis that they are simultaneously unique enough to champion, and ordinary enough to feel like a conduit for ourselves within their world and story. Salma Hayek’s Isabel opposite him suffers equally for different reasons. Hayek’s spontaneous outbursts of emotion are jarring, with monologue after monologue spent preaching about her representation of truth and reality having the awkwardly comic effect of reminding viewers just how unnatural and inauthentic her entire performance is. Where we are expected to invest in Greg and Isabel’s caustic relationship, it instead feels entirely as if the two exist on totally different planes of existence for all the wrong reasons.

Without any chemistry or engaging characterisation coming from its leads, no amount of conceptual coolness or technical accomplishment can stop Bliss from being a frustrating watch that promises more than it delivers. As a result, what we are left with is the realisation that whilst ignorance is bliss and we could try to forgive the film its flaws and focus on its ideas as its strength, Bliss’ greatest weakness sadly is ignorance of the basic cinematic need to feel a connection to those whose stories are being told.