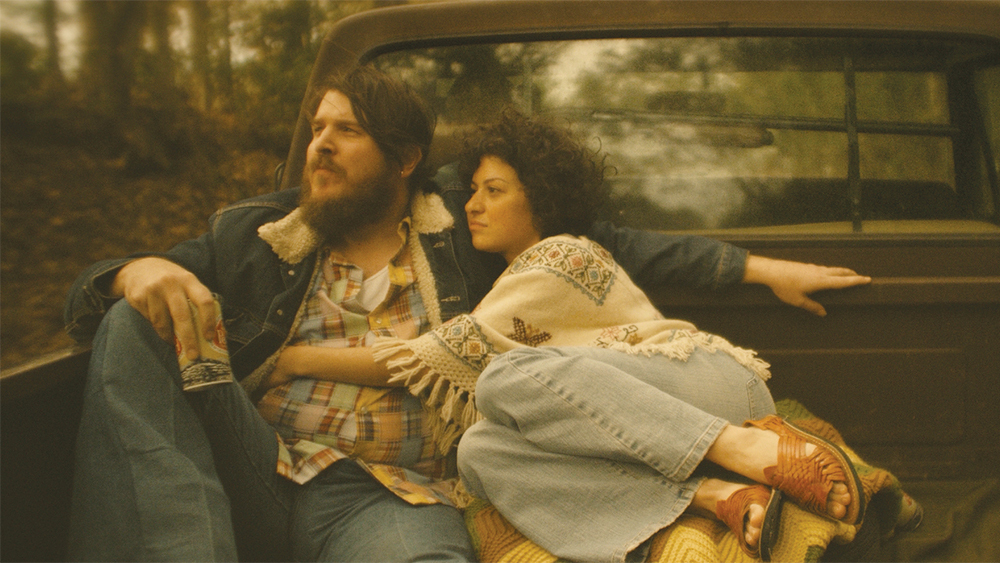 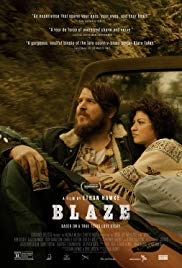 Directed by Ethan Hawke and based on memoirs written by his wife and muse Sybil Rosen, Blaze is the true-story of an oft-forgotten country singer-songwriter Blaze Foley. Long overdue in his introduction to a wider audience, Foley’s tale is one that treads the line between heartbreaking and profoundly uplifting.

Hawke wraps the narrative around the singer’s last-ever show in a half-empty bar called the Austin Outhouse, intertwining the inspiration for each of the songs in Blaze’s set-list with flashbacks to pivotal moments in his life;  This jumping back and forth risked being slightly confusing however it’s delivered perfectly and creates a wholesome picture of Blaze, be it sitting on a porch playing for friends, spending time with his wife Sybil in their paradise in the woods or the interview given by friends Townes Van Zandt (Charlie Sexton) and a long-time friend and collaborator (Josh Hamilton). Even small glimpses at those in the bar during Blaze’s final show help create a wholesome picture of the man whose gentle melodies play in the background.

Ben Dickey makes his feature debut as Foley and delivers as good a performance as you’ll see this year. Capturing the essence of Foley perfectly from guitar strumming gentleman, to short-tempered drunk. It’s clever casting from Hawke as too often with biopics, it’s hard to separate actor from on-screen character. Alia Shawkat (Arrested Development) compliments Dickey perfectly as Sybil, a wannabe Broadway star who shares in Blaze’s idea of being happy with what they’ve got as they try to pursue their dreams. The chemistry between the two is faultless and it’s this relationship that provides a real highlight and the belief that their relationship and Sybil’s open and innocent personality would certainly make her Blaze’s muse for his songwriting.

The stories of Blaze, as told by his friends in the radio interview, ring true throughout and credit must go to the filmmakers for the minute details that would likely pass others by. One of which being the idea that Blaze ‘lived in the pawn shop’ selling and buying back guitars and other items regularly – we see his and Sybil’s house contents change with each flashback – there may be a television when times are good, yet in the next scene it’s gone.

By allowing Foley’s music to carry the narrative, Hawke has crafted a masterful biopic and one that should be considered alongside the likes of Inside Llewyn Davis. The magic is int he music and Hawke’s subtle direction means that Foley’s legacy is the focal point. He hasn’t purposefully painted Foley in any particular light but allowed the testimony of those who knew him to shine through along with the chemistry and exchanges he has with those he comes into contact with.

Blaze is far more than just a film for fans of Foley, it’s an incredibly well-written and moving feature from Hawke, that deserves to be seen on a wider scale and give the legend of Blaze Foley the long overdue recognition it deserves.