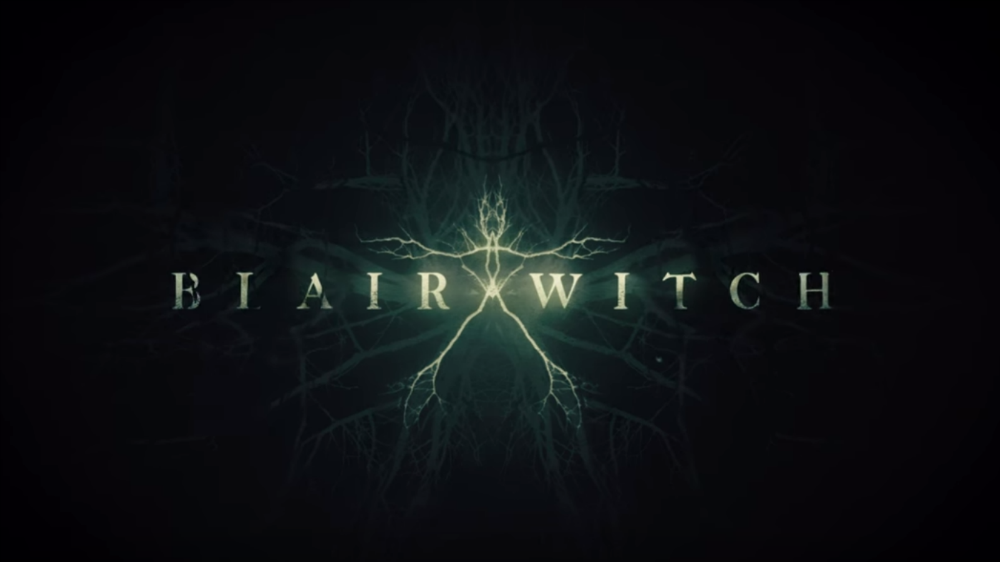 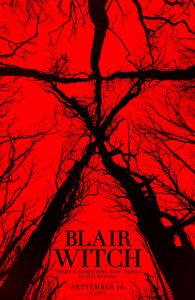 That was certainly the case when ‘The Blair Witch Project’ reinvigorated one specific corner of the horror genre and proved that independent films on a small budget could pack one hell of a mean punch. Solidifying itself in the annals of horror, the 1999 film became an instant classic and inspired a plethora of found-footage movies and franchises to follow. Fast-forward to 2016 and a surprise in the form of Adam Wingard’s ‘The Woods’ has been revealed as the next chapter, ‘Blair Witch’.

It’s rare that such surprises occur in this day and age, with the internet somewhat determining that secrecy is a myth, but ‘Blair Witch’ going under the radar has certainly done wonders when heading into the movie. By the time release comes around, it seems as though sources have rooted through productions with a fine tooth comb, leaving no stone unturned, but with ‘Blair Witch’ here is a film filled with much mystery.

Set in 2014, after the events of ‘Project’, ‘Blair Witch’ sees James (James Allen McCune) looking to find his sister following her ill-fated journey through the woods we experienced many years ago. A YouTube video of the events has surfaced online and in it shows what looks to be James’s sibling alive. Naturally, he recruits three of his friends and looks to explore the woods, armed with multiple cameras, whether handheld, drone-mounted or otherwise, along with the unhinged video uploader and his girlfriend.

Off the beaten track and heading into parts that haven’t been explored in years, the initial swatting of urban legends and their validity soon becomes redundant as voices begin to echo around the woodland and the rumblings of something evil begin to make themselves known. Could the myth of the Blair Witch be true and is James’s sister out there somewhere?

Following up on his breakout hits ‘You’re Next’ and ‘The Guest’, Adam Wingard once again proves that he is one of the most talented young filmmakers in the horror genre today. A film that could have easily become ‘just another found-footage movie’, ‘Blair Witch’ – initially worked under the title of ‘The Woods’ – proves that sometimes horror can be refreshing, it can be disturbing, and it can be downright bloody scary! And ‘Blair Witch’ is certainly one of those films that you’ll walk out of with sweaty palms and having removed yourself from the depths of that folding chair.

One of the key components to the film’s success in creating the tension and ultimately the scares: the impeccable sound design. This is a film rich in its sounds, from the cutting of one piece of footage to the next, the rustling of the trees in the wind, to the crunching of bark as trees around our characters fall foul of the dark forces controlling them, ‘Blair Witch’ takes atmosphere to the next level. Wingard, like the majority of the audience likely to see the film, knows all the tropes with found-footage, but here he seems to break the mould and present something wholly refreshing.

Admittedly, ‘Blair Witch’ borrows some elements from its predecessor, but ultimately it is a film that startles on a regular occurrence and leaves us as an audience reeling continuously. Wingard sets the tone almost immediately with a series of jump scares that are just as playful as they are a warning for things to come, and matches it with a dash of humour that settles us in nicely for those cold, dark and unrelenting nights we’re about to spend in the woods.

To the film’s credit it is driven nicely along by its cast of unknowns who manage to set the scene well with an instant showcase of friendly banter and togetherness, all before putting on their best scared faces and proving that, when done right, we as an audience can be convinced that they are involved in a legitimately terrifying ordeal. From the writhing in pain to the agonising screams, we’re guaranteed these guys are sending shivers down the spine at every possibility.

Obviously, with a film of this type many will be instantly put off by the thought of shaky cam sending one into a hypnotic nightmare, but in truth Wingard and his team manage, for the majority, to steer this to a rather steady and comfortable viewing plain. This is aided by various camera angles provided by headcams, drones and other technological advancements and also presents a new and fun dynamic to the obvious handheld camera approach. It helps in key moments to build that additional tension, one scene in particular involving a claustrophobic mud tunnel a highlight of true heart-pounding ordeal.

A film that isn’t afraid to poke fun at the right moments (even to the extent of a character shunning a jump scare with a piece of well-timed dialogue), but also one that amps up the clammy-palmed terror, ‘Blair Witch’ is easily one of the scariest experiences you will have in the dark realm of the cinema for quite some time. It’s by no means an absolute game-changer but it certainly harks back to the original days of the genre giving us thoughts of sleepless nights and things lurking in the shadows – just remember to take deep breaths at regular intervals!

Hunt For The Wilderpeople