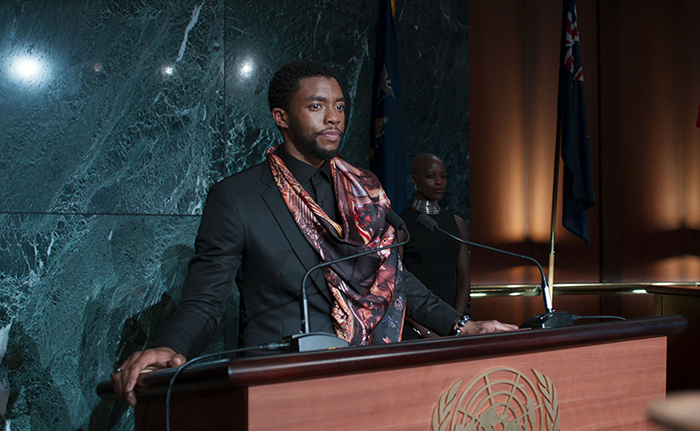 It’s no secret that Marvel Studios’ head Kevin Feige wants an Oscar. And not just any Oscar, at that. No, much like Walt Disney before him, Feige wants to position one of his features – traditionally not in the wheelhouse of the average Academy voter – and push it (in this case, director Ryan Coogler’s Black Panther) towards a Best Picture win.

With the Academy’s retraction of their proposed ‘Best Popular’ category, Marvel’s movies’ chances looked – in all honest – scuppered, at least for any kind of non-technical nomination. But that hasn’t deterred Disney and Marvel Studios from pushing ahead regardless, and reports are coming in that the standard studio schmoozing, soirees and cocktail gatherings that accompany Best Picture bids have begun in Black Panther’s favour.

That’s not to say, of course, that it’ll be an easy sell. At a voter-screening and Q&A in August – six months after it released in cinemas to the tune of over $1 billion worldwide – 75% of the Academy members in attendance admitted that it was their first time seeing the feature. Despite the fact that the film had connected with general audiences in the way that it had, and become the pop cultural meta-success of the year, the film is so far outside of the Academy’s comfort zone that the picture faces a genuine uphill battle for a shot at a nomination. In a year in which it was the mega-hit to beat, Black Panther has become the underdog.

Coogler, who took the majority of the year off to recuperate after a packed press run and a lengthy production schedule on the superhero flick, recently reappeared in LA social circles at a Hollywood event last month and has begun the rounds in order to help Black Panther’s chances. Star Chadwick Boseman has also been incredibly proactive in campaigning for the film, meeting as many Academy members as possible. Scheduling hasn’t always been in the feature’s favour, however. Michael B. Jordan, the film’s most legitimate shot for an acting nomination, has been in high-demand, and is presently shooting Just Mercy in Atlanta.

When asked about the film in recent months, however, Jordan has eschewed awards talk in favour of focusing on the film’s cultural impact: “One of my highlights was just watching kids react to it and seeing themselves on-screen,” he’s on record saying, “Having people watch the movie four or five times, taking church members, taking boys’ and girls’ clubs — kids that didn’t have the opportunity to actually go to the movie theatre, they were bussing them in to see this film. To be a part of something that big and impactful is really important.”

Superhero films have, traditionally, been ignored entirely by the Academy. Last year’s nomination for Logan, under Best Adapted Screenplay, came as a surprise to many. But perhaps change is coming, and Feige may just get his wish. The nominations for 2019’s Oscars ceremony will be announced on the 22nd January, so there’s less than three months until the big reveal. Meanwhile, Black Panther is out now on 4K, Blu-Ray, DVD and Digital, rated 12A.

Moana Voice Actress Auli’i Cravalho: ‘Anyone’ Can Dress Up As Moana