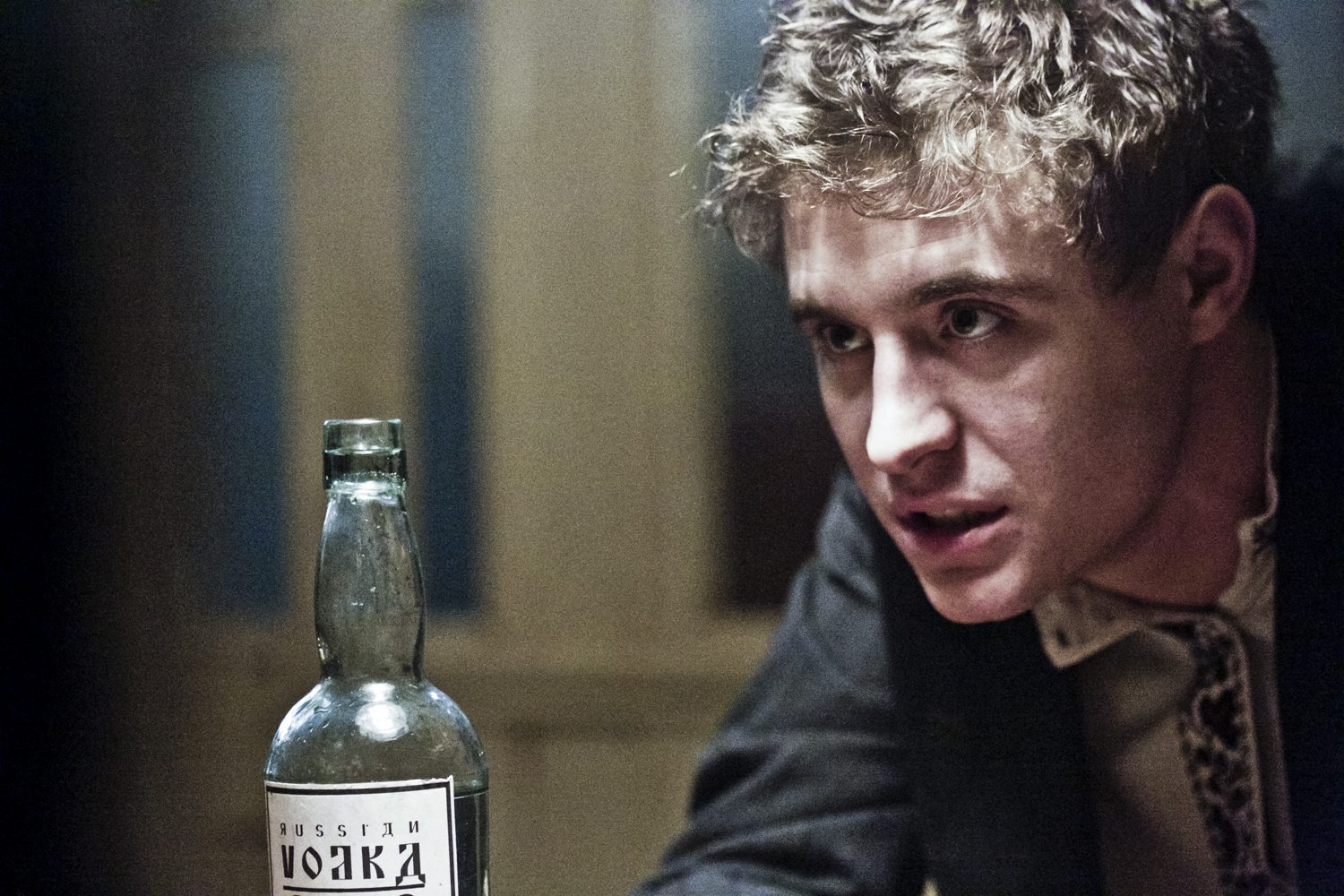 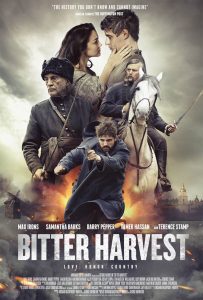 Starring Les Miserables‘ Samantha Barks and The Riot Club‘s Max Irons, Bitter Harvest brings to light a painful part of Ukrainian history: the intentional starvation genocide perpetrated by Stalin on the Ukrainian people in the 1930s known as the Holodomor, a tightly kept secret which the West did not find out about until the dissolution of the Soviet Union in 1991. A passion project several years in the making, with personal connections running deep for most of the crew and creative team behind it, the film follows the story of Natalka and Yuri, a young couple whose love blooms in the midst of the Holodomor genocide, and invites us to watch and connect with their struggle as we learn about the events that changed Ukraine forever.

With historically accurate films such as Hidden Figures in the limelight at the moment, it is easy to see the importance of cinema which highlights events the public would otherwise not know about. Stories of pioneers whose voices were silenced by systematic oppression; the unsung heroic deeds that kick-started revolutions; tragedies that went unnoticed, perhaps even unrecognised, but whose scars run deep within the history of the people who survived them. The Holodomor is, to this date, widely debated, with several countries including the USA and Europe not recognising it as a genocide. Yet it is still a largely unknown part of history on this side of the world, which makes the film all the more educational – and knowing that it was shot on location in Ukraine, using actual prisons and buildings and trucks that real Ukrainians died in during the Holodomor, adds an element of reverence and humility rarely felt when watching a film.

Unsurprisingly, as a film with particularly difficult subject matter, Bitter Harvest is not an easy or fun watch. It suffers heavily on the narrative side, as there is simply so much going on that the central story of Yuri and Natalka (convincingly inhabited with nuanced performances by Samantha Barks and Max Irons) feels almost superfluous – because even though it does add the necessary element of humanity needed to connect with the film, it is simply too much to keep up with within the bigger picture. We are asked to empathise as a disillusioned Yuri navigates a famine-wrought Kiev, as Natalka struggles to hold on to her dignity while their village is pillaged by Stalin’s men, who are in turn led by a fierce and downright evil man (Tamer Hassan, whom you might remember from his brief appearance on Game of Thrones), and even as Yuri’s stern grandfather Ivan (Terence Stamp) learns to accept his sensitive artist grandson–while the story zooms out enough that even Stalin (a menacing, mean-mustachioed Gary Oliver, also from Game of Thrones) gets screen time as he orders the starvation of the Ukrainians. It is, quite simply, overwhelming.

But perhaps that’s the point. The film may be as much a romantic epic á la Doctor Zhivago as it is a dramatisation of historical events, and it may have way too many story threads weaving in and out of the narrative, but it is, at the heart of it, ever loyal to the overwhelming truth of the Holodomor and the lives of the people it claimed. What’s more, the threads all come together within the film’s hour and a half duration, which is no small feat. It is so compact and richly detailed, that every single character named gets to develop and tie up their loose ends by the end of the film. Perhaps that is the reason it’s hard to connect to this film–there are so many characters to connect to that you end up connecting with no one–but one can’t objectively say that the film is void of heart; far from it.

What’s admirable in fact is that it most certainly never invites us to wallow in the sorrow of the tragedy we’re watching. Even while gaunt villagers plead for a loaf of bread, even as they die in droves and are piled together and carted away in trucks to be disposed of in mass graves, we are constantly reminded that this was no happenstance or misfortune. The Holodomor was deliberate, intentional, cold-blooded murder of millions, and most importantly, it was real. Everything about Bitter Harvest is meticulously crafted to remind us of this, and the painstaking attention to the historical accuracy of everything from costumes, sets and props to Ukrainian customs and of course the actual events leading to the Holodomor is evident even to the casual viewer. It is for this reason that I cannot fault the film for all its convoluted, intertwining subplots.

Yes, the romance subplot may be soppy and melodramatic – but the images of daily Ukrainian life we get to glimpse in the process make it worth it. Yes, there is an unconvincing minor subplot in which Yuri’s best friend Mykola (War & Peace‘s Aneurin Barnard) briefly becomes the leader of the Ukrainian Communist Party – but it sheds light on the utter devastation of hundreds of real Ukrainian communists who toed Stalin’s party line until the bitter end. Though the sum of these story strands may be overpowering, each individual one is vital in itself.

So while it’s certainly not perfect, Bitter Harvest is a must see film; the resilience of the Ukrainian people, the hideous adversity they were subjected to by the Soviet government, and the appalling methods of propaganda which kept this shameful secret from the rest of the world is something that we need to know, now more than ever.