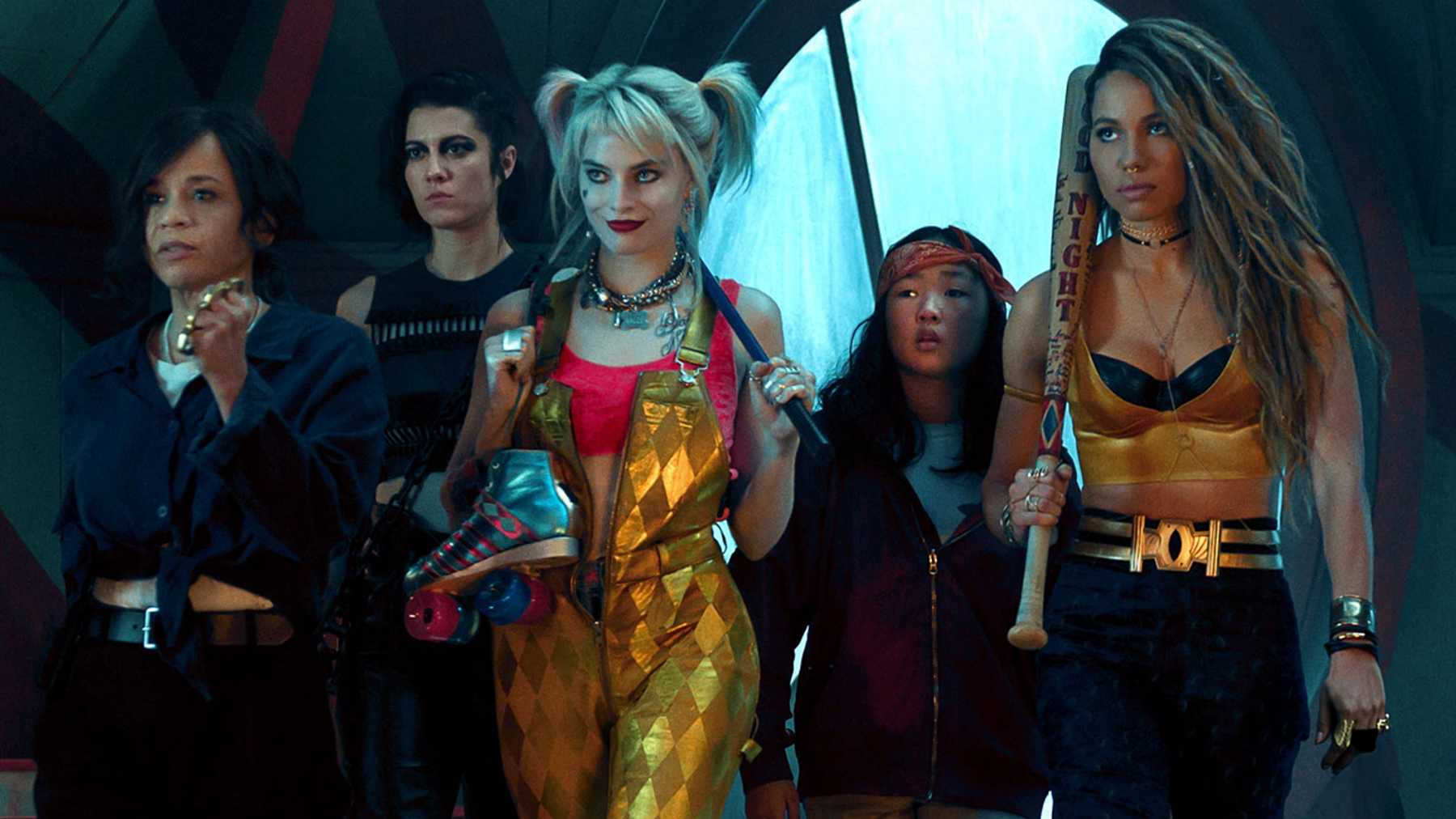 Remember David Ayer’s Suicide Squad? So much hope and belief before its initial release and then it tanked. Possibly one of the only saving graces of DC’s gamble was Margot Robbie’s portrayal of Harley Quinn. It was well known that Robbie wanted to reprise her role and has been the anchor in driving the project to be green lit and now here we are. Birds of Prey‘s twisted story is told by Harley (Robbie) herself, as only Harley can tell it. When Gotham’s most nefariously egotistical villain, Roman Sionis (Ewan McGregor), and his fervent right-hand, Zsasz (Chris Messina), put a target on a young girl named Cass (Ella Jay Basco), the city is turned upside down looking for her. Harley joins up as a foursome with an unlikely crew to take Roman down.

Cathy Yan has crafted a technicoloured Gotham City that’s fitting for Harley Quinn’s emancipation. Birds of Prey is a wonderful, meaty riot and is like no other comic book adaptation. This, as you would assume, is Harley’s movie – her emancipation is truly a roller-coaster of a journey as she learns to live in a world without her ‘puddin’ (she never needed him). Screenwriter Christina Hodson and Yan have together fashioned a full-blown arc that covers Quinn’s back story as well as leaving you wanting more. Margot Robbie takes the character of Harley Quinn to new levels – her dedication to the character has transcended from the screen to the press tour for this film. She provides the energy and the sheer force this film so needed.

You don’t need any sugary snacks before watching Birds of Prey. From the first second of the film, you are on a high and it takes a long time to come down from it even after leaving the cinema. Don’t get me wrong, the actual narrative isn’t perfect yet Birds of Prey is a ball of energy that becomes intoxicating. The narrative delves into various character arcs through small flashbacks but unfortunately, the rest of the Birds of Prey don’t get fleshed out as much as you would want. We are told their motives, yet the details are limited and not expanded upon enough throughout the film.

Despite this, Mary Elizabeth Winstead’s Huntress is a true scene-stealer, her deadpan bad-assery will become an instant fan favourite. A rarity in comic book movies is a good villain and Birds of Prey gets this just right. Ewan McGregor’s Roman Sionis is deeply sinister with the right amount of comic relief. You can sense McGregor is having a wonderful time with his character. He is misogynistic, menacing and eccentric what more do you need from a villain?

Birds of Prey’s pièce de résistance is its action sequences. They are realistically impressive but comic book-ly convincing. Cathy Yan hired John Wick director and stuntman Chad Stahelski. This became the surprising up-the-ante move that divides Birds of Prey from the rest of it’s comic adaptation counterparts. The film is full of practical stunts with very little use of CGI. The practicality of the action pumps each scene with adrenaline and maintains that high of energy. It feels a more unique way to bring the extra ‘wow’ factor to Birds of Prey, alongside Yan’s wonderful visuals and Stahelski’s action mastery.

Margot Robbie has stamped herself as the one and only Harley Quinn and her emancipation is harmoniously vibrant, bursting with ultra-violence and all pooled together with drug-fuelled comedic f-bombs. Seek it!