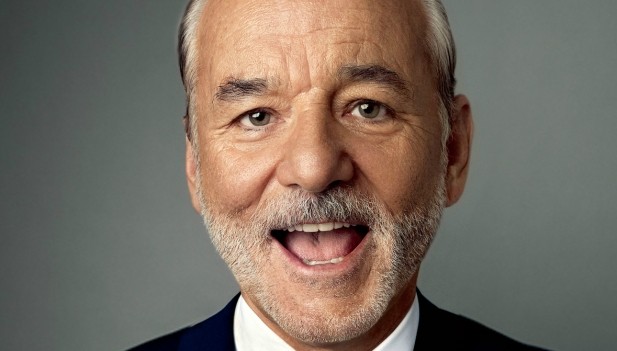 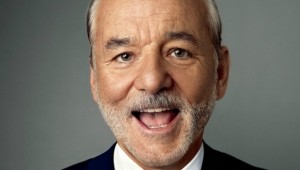 With such a varied career behind him, I thought it would be a good time to look at his various works and pick out his top ten performances.

Some of my picks will likely be familiar, but I’m sure there is at least one on there that no one thought would be picked. Use the comments section below to let me know if you agree or disagree with my choices.

Meatballs was Bill Murray’s first major role, and marked his first collaboration with director Ivan Reitman. The film was a relative success, earning over $43 million at the US box office and still holds a 75% fresh rating on Rotten Tomatoes. Bill Murray lent the film his trademark wit and laid back nature, but he also showed potential in the more tender moments when taking a young summer camp attendee under his wing and teaching him a few life lessons. 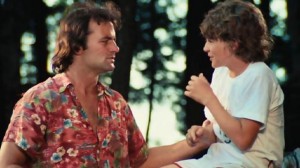 Wild Things is a film that is better than a lot of people give it credit for. Sure everyone remembers its three stars and their raunchy scenes together, but Wild Things is actually a decent little thriller that deserves a little more respect. In it, Murray plays sleazy lawyer Kenneth Bowden. Despite his slimy nature, Bowden is still full of Murray’s sardonic wit and it is clearly a role Murray enjoyed playing. 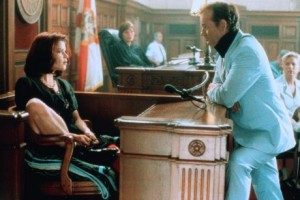 Murray’s second collaboration with Ivan Reitman was another hit both critically and commercially. The film also teamed Murray up with future collaborator Harold Ramis. The two star as friends who are both down on their luck and decide the best course of action they can take is to join the US army. Ramis plays the straight man to Murray’s somewhat off the hook slob. Stripes marked another fine performance for Murray, which was full of charisma and further ensured his leading man status. 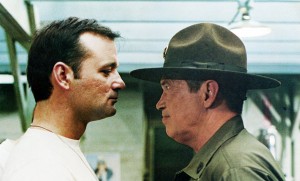 While not a headline role, the part of Carl Spackler still left a definitive mark on the career of Bill Murray. Spackler was one of Murray’s more wacky roles and helped ensure the film garnered a cult following. It was also the first time that Harold Ramis went behind the camera as director; he would later direct Murray in 1993’s Groundhog Day. 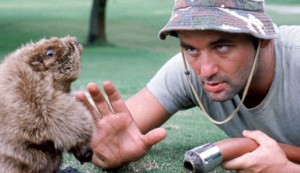 Directed by the Farrelly brothers, Kingpin is a sports comedy that influenced the likes of Dodgeball and Talladega Nights in a big way. Woody Harrelson stars as former bowling sensation Roy Munson, but it is Murray who steals the show as “Big Earn” McCracken who cowardly runs away from a hustle, leaving Munson to get his hand mutilated in a bowling machine. The film is full of brilliant one-liners and slapstick gags, but Murray shines again, taking delight in the hyped up role of a pro bowling champion with a grudge against Munson. 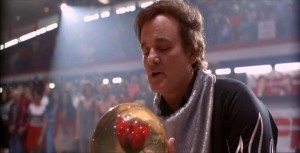 In 1988 Richard Donner updated the classic Charles Dickens novel A Christmas Carol. The film probably ranks as one of my all time favourites and is one film I try to watch every Christmas. In the film, Murray plays Frank Cross who is a modern-day (at the time anyway) Ebenezer Scrooge. His TV executive is heartless and wicked, and has no problem with firing a down on his luck employee on Christmas Eve. Murray carries the film, and his performance is still one of his comedic best. 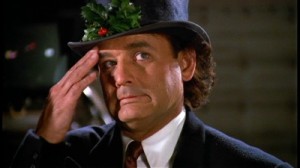 4) Bob Harris in Lost in Translation

Lost in Translation is one of the high points of Bill Murray’s career and marked a time when he was taking on more dramatic roles and focusing less on comedy. The film is also notable for making Scarlett Johansson a household name. The two leads share a great chemistry, and Murray’s world-weary performance as a fading film star suffering a midlife crisis is a high point in his career. 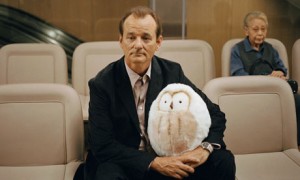 Groundhog Day was the second time Harold Ramis and Bill Murray would work as director and actor together. It was also, sadly, the last, as Murray and Ramis continually bickered on set about the direction the film should go in. Despite their falling out, Groundhog Day remains one of the finest comedies of all time. Anchored by Murray’s brilliant performance as a man stuck in the same day on repeat. Phil Connors starts as an egotistical jerk but slowly turns himself into an exceptional human being. Ramis ‘ decision to stick to his guns regarding the film was a good one, as Groundhog Day is one the true comedy classics. 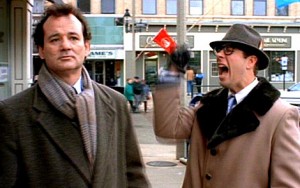 Don Johnston is a fading Don Juan (get it?) who, when his girlfriend leaves him, receives a pink envelope through the mail apparently from an old flame notifying him that he has a son who is looking for him. The film is almost stolen by Jeffrey Wright, as Don’s next door neighbour who sets about ensuring Don finds the woman who wrote the letter. But with Murray’s laid back nature fully on cruise control, and serving up his trademark deadpan wit, he brings a pondering thought to the film and asks the question we all ask ourselves at one point or another in “what if I had done things differently?” 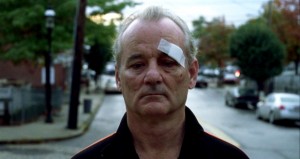 The film that made Bill Murray a bona fide star is still his best performance to date. Peter Venkman is sleazy, mocking and over-confident but all in a way that makes it hard to not love the guy. Whether he is trying to get into a clients bedroom or he is taking down a 100ft marshmallow man, there is not a scene in Ghostbusters that Murray does not steal. It is my favourite performance of Murray’s, and even if it is not everyone else’s it is surely his most memorable. 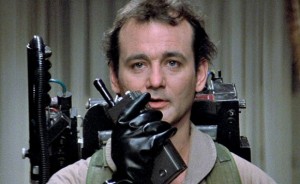 One To Watch: Early Bird