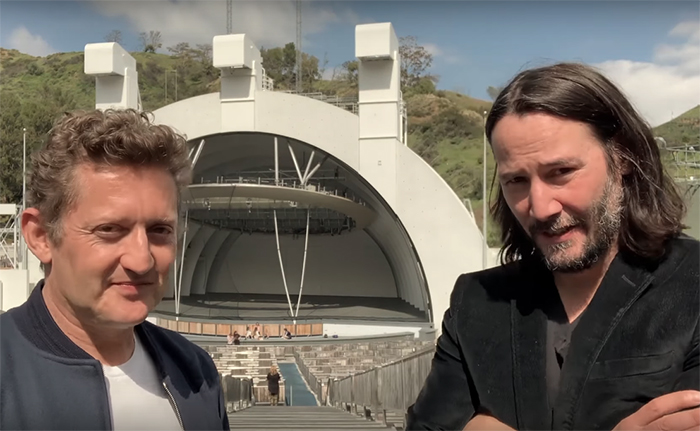 Bill and Ted 3 is happening.

Original stars Alex Winter and Keanu Reeves both starred in a YouTube video yesterday evening, from in front of the Hollywood bowl (where they’ll “never play”), to announce the project would be titled Bill and Ted: Face the Music.

Reeves will reprise the role of Ted ‘Theodore’ Logan, whilst Winter will return as Bill S. Preston, Esq. The trilogy’s finale will deal with the two as they struggle with families and middle age, whilst still having failed to fulfil the destiny of their band, Wyld Stallions, writing the greatest song ever. As such, they’ll take one last jaunt through time for inspiration to pen the melody that will save the very fabric of reality.

Bill and Ted: Face the Music will have a Summer 2020 release, and is filming now.

Related Topics:Alex WinterBill and Ted 3Bill and Ted: Face the MusicKeanu Reeves
Up Next