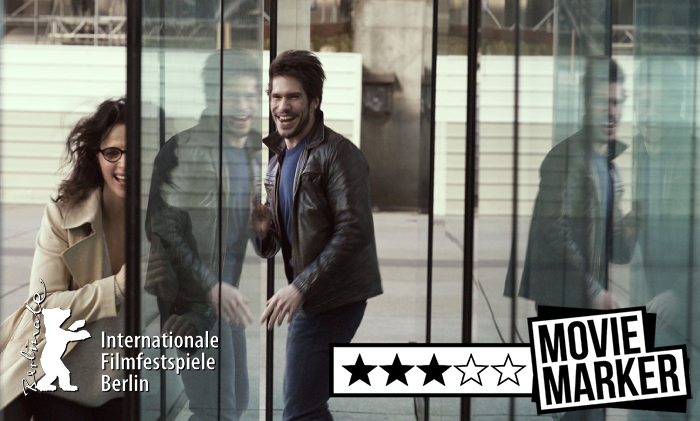 Social media is the hot topic of the cinematic moment, bringing new ethical questions to the fore as we increasingly experience our lives from the safety of a phone screen. Who You Think I Am addresses one such minefield amongst the many created by our over-dependence on technology; cat-fishing, i.e the act of pretending to be another online.

Subverting the usual expectation of a man deceiving a woman through the anonymity of the internet, the film’s protagonist, Claire (Juliette Binoche) finds herself in a emotional rut at the age of fifty. Divorced with two kids, she longs for the romantic embraces of a past life, and spends her spare time sleeping with younger men who flee the second she treads too far towards sentimental ground. In an attempt to get closer to one such lover, she creates a fake Facebook account under the guise of ‘Clara Antunes’, and inadvertently falls for the man’s roommate, Alex (François Civil). The relationship between the pair blossoms through nightly phone calls and instant messaging – the catch, of course, is that Claire can never reveal her face to Alex, as the latter believes his new found soulmate is a 25 year old fashion intern.

Who You Think I Am, by virtue of its plot, has the opportunity to engage with difficult questions concerning personal identity in the age of the internet. As a middle aged woman, Claire reinvents her image and delights in the way that Alex responds to her imagined youth. She does not care that Alex pictures a different body when he thinks about her, just as she does not share his desire to meet up – if anything, his insistence is irritating to her, as this is the one request she cannot find a way to fulfil. In the end, she finds herself living an identity that is closer to her own view of herself than her actual lived experience. In her mind she is the 25 year old fashion intern, but her face and body betray her.

Unfortunately, the film never really settles on what its trying to say, clumsily tripping over obvious metaphors in an attempt to make some kind of a statement concerning its heavy themes. Images often overlap each other, making conceptual links that should really be left to the interpretations of the audience. This overcompensation is compounded by a framing device that any good scriptwriter will warn against; the narrative barrier that is the cliched psychiatrist, who Claire recounts her cat-fishing adventures to. The repeated lurches back to the present, and to Claire sat dewey-eyed and pale before her doctor, only take away from any investment we are allowed into her world, transforming her from what could have been a relatable (if deeply, deeply flawed) character, to little more than a patient we are observing.

A dry humour makes the ride enjoyable all the same (highlights include a marked change in Claire’s vernacular after weeks of texting like a millennial), and Binoche is exceptional as always, bringing what empathy she can to a character not otherwise positioned to be so. But the plot twists feel cheap in the end, entertaining to a point but unable to make a greater statement, as the potential of a fantastic commentary on the world of social media is cast aside for the sake of momentary entertainment.

Megan Christopher is a freelance film journalist based in Manchester. Her particular filmic interest lies in portrayals of the LGBTQ+ community, mental health and women in general. She is a graduate in English Literature and American Studies, and the co-founder of Much Ado About Cinema.