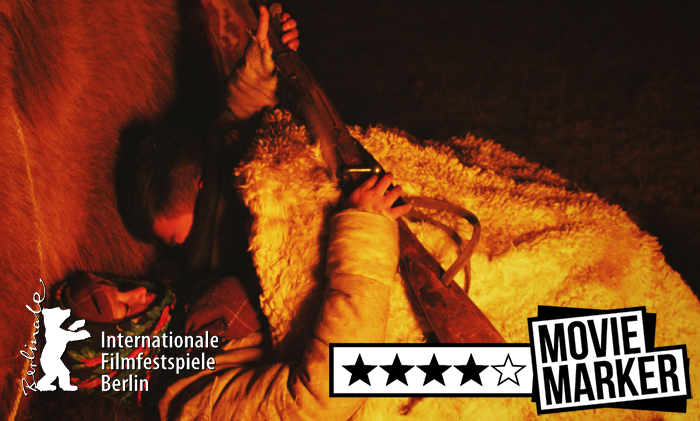 How wonderful it is to be led up the garden path towards the Mongolian steppes, and into a story that will finish in quite unexpected ways, miles away from what it suggests at the outset.

At dusk, with dark skies above and just a tiny band of light far in the horizon, a police jeep stops abruptly, its headlights pointing straight ahead at the naked figure of a young, dead woman.

So far, so police procedural, and after the initial shock, perhaps even a bit disappointing: it’s time to move on from those almost obligatory opening crime scenes, redolent with lurid prurience. The dead woman remains in long shot, naked, for a long time. Beyond her, there is an immense, flat landscape, all steppe and sky. It’s a world where time stands almost still.

As it happens, the crime scene is a red herring, a hook for a completely different story, the archetypal McGuffin. The young policeman assigned to keep an eye on the corpse overnight would likely freeze before his colleagues return, were he not helped out by a local herdswoman – the only other human being around for a hundred kilometres. She offers him food, warmth and protection from a lone wolf. Perhaps she gets something back. The film is about her – and this is how Öndög soars into something glorious, understated and wry.

Wang Quan’an is a Berlinale favourite – winning awards in 2007 and 2010 – and often centring his films around a female character. He fills his stories with a succession of light touches that one notices from afar. In Öndög when the young policeman is left alone on the crime scene, the camera shows in very long shot how an older colleague removes his own scarf and wraps it around the youngster’s neck; later on, the herdswoman pulls down the ear-flaps on his hat, to keep him warmer.

Aymerick Pilarski’s photography takes in the infinity of the steppes and yet captures the fine detail of people’s lives. Somehow, no one is lost in those huge landscapes. Infinitesimal gestures far in the distance are understood as readily as if they were in close-up. Both direction and cinematography leave room for viewers to perceive the fine grain of those lives in distant lands – especially when projected onto a huge cinema screen.