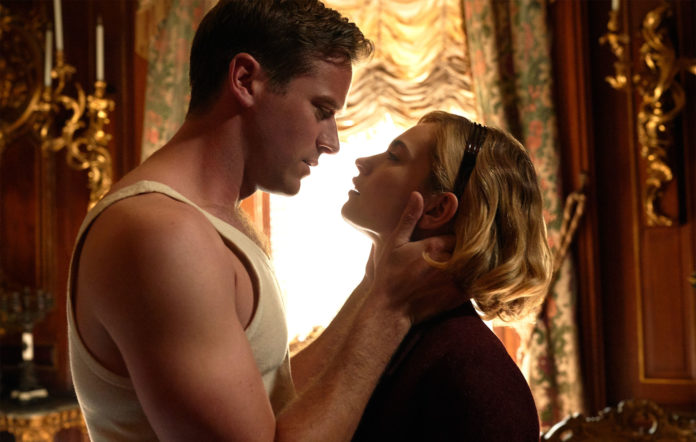 When Ben Wheatley announced, he was adapting Daphne du Maurier’s classic Gothic novel the film world became curious. The director is more known for his indie work with Kill List, High-Rise and Sightseers and soon he will be making Tomb Rider 2 with Alicia Vikander. Rebecca is a novel that will be well known in the British school system, but it’s also a classic film from one Alfred Hitchcock. Usually, you’d say stay away from the classics, but Rebecca has a stellar cast including Armie Hammer, Lily James and Kristin Scott Thomas and a talented director. The curiosity is at a peak point right now.

Netflix’s official synopsis for Rebecca reads: “After a whirlwind romance in Monte Carlo with handsome widower Maxim de Winter (Armie Hammer), a newly married young woman (Lily James) arrives at Manderley, her new husband’s imposing family estate on a windswept English coast. Naive and inexperienced, she begins to settle into the trappings of her new life, but she finds herself battling the shadow of Maxim’s first wife, the elegant and urbane Rebecca, whose haunting legacy is kept alive by Manderley’s sinister housekeeper Mrs Danvers (Kristin Scott Thomas).”

Rebecca will be available to stream on Netflix from October 21st. Check out the first trailer below.